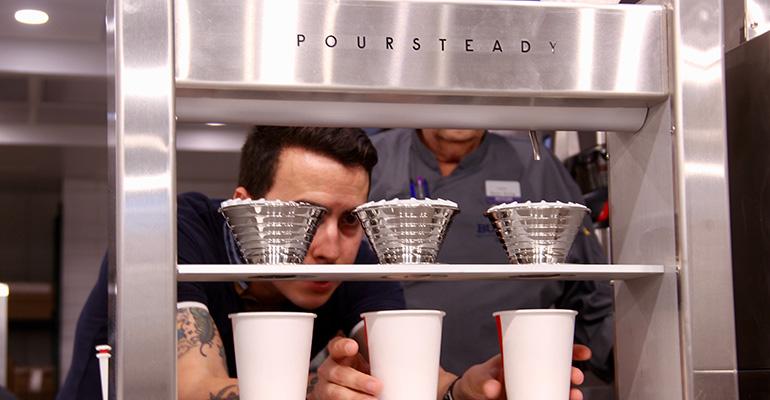 After switching dining service providers last May to Bon Appetit, part of Compass Group, Butler University in Indianapolis, Ind., recently completed a makeover of its c-store in its student union. Now dubbed Plum Market Kitchen at C-Club, the store and dining location is a more welcoming, brighter space with improved foot traffic flow. It also offers triple the grab-go-items of anywhere else on campus, a wide range of grocery items that includes artisanal local goods and chef-driven menus with a focus on health.

“The university hired consultants to work with the students and faculty to really understand what the desires and needs were for this space, which was serving pizzas and sandwiches in addition to selling standard c-store fare,” says Joe Graves, Butler Dining general manager, adding that space has also been home to Taco Bell, Burger King and Papa Johns over the years. “The responses really drove where we wanted to go with the new C-Club to become Plum Market Kitchen.” Chief among the requests were healthier items in general as well as offerings that fit into specific dietary needs such as gluten-free, vegan and vegetarian.

While comfort food like fries and tenders are always a hit with students, Plum Market’s more specialty items are selling well. “Our Impossible burger is quite popular as is our vegan caprese sandwich and our turkey, kale and Brussels sprout wrap,” says Adam Raczkowski, business development & operations, Plum Market. “The recipes were developed over time by our chefs at Plum Market. Some of them were developed and enjoyed by students at Northwestern University where we have a similar concept.”

In the grocery section, Plum Market sells an array of healthy options as well as locally made goods such as treats from nearby General American Donuts, coffee from Hubbard & Cravens roasters, Circle City Kombucha and Dandy Breeze diary. “Dandy Breeze chocolate milk is pretty amazing, and we can’t keep enough on the shelves,” says Raczkowski. 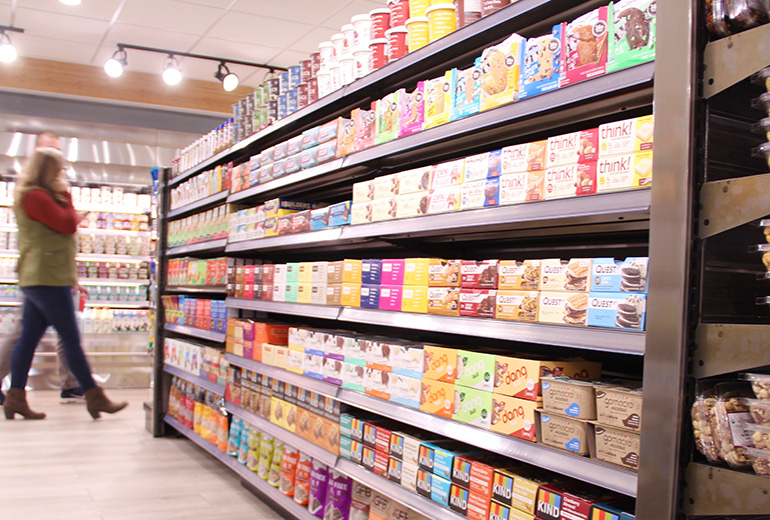 While its location in the student union made the former C-Club space a popular stop for students, it was clearly showing its years. “As it’s on a lower level, the former C-Club felt closed off and dark like a basement even though there are some windows,” says Graves. Prior to the renovation, the seating area was broken up into three separate areas and there was only one way in and out of the space, which congested traffic flow.

“One of the first things we did was to knock down walls to improve flow and to make one large communal gathering space for seating,” says Graves. “There are TVs in that space as well as monitors that people can connect computers to so they can work together on group presentations, for instance.” Upwards of 150 students can sit at Plum Market via a mixture of high-top tables, low communal tables and soft seating.

In addition to more healthful options, the feedback collected stated a desire for a union dining spot with longer hours. As such, Plum Market is open Monday through Friday 7 a.m. to midnight and on weekends, 9 a.m. to midnight. All of the grab-and-go items are made on-site in the full kitchen downstairs, making it easier to replenish stock throughout the day and better accommodate hungry guests in the later hours.

Graves notes there’s one other c-store on campus but it’s doesn’t offer seating, which is a central mission of the new Plum Market. “Dining is a crucial part of the social fabric of campus life,” he says. “Helping bring students together to socialize is a major factor in building the community here. When we opened in November, students were just waiting for the doors open. They literally bought everything off the shelves. In the end, Plum Market’s proven to be a great match between what we can offer and what the students were looking for all along.”