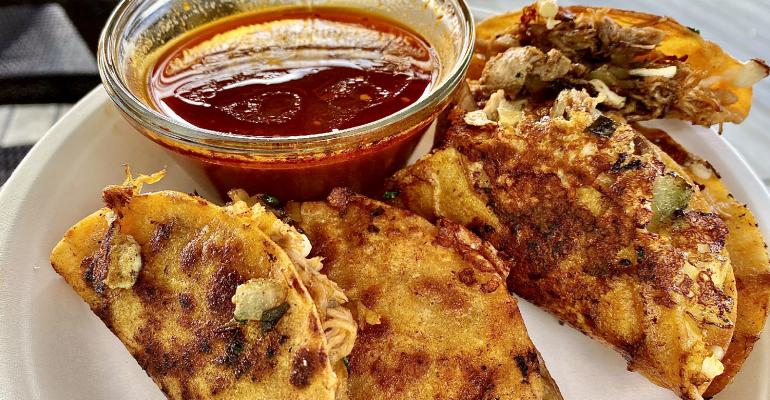 C3PICS / iStock / Getty Images Plus
On a constant quest to get ahead of the newest food trends, Executive Chef Donn Souliyadeth and the American Dining Creations culinary team at SUNY Broome created three types of birria tacos: beef, chicken and vegetarian (with tofu) that can be produced across all the cafes.
News & Trends>Colleges & Universities

Simmering onto the scene with flavor, gusto and a delicious ‘dive-right-in’ kind of experience for tacos and quesadillas, this saucy stew from Mexico’s state of Jalisco is red hot right now.

Birria—the savory Mexican stew with saucy shredded meat—has been bobbing up to the surface of social media quite a bit lately. Scroll Instagram and be barraged with birria tacos and quesadillas (quesabirria) in many variations, dipped in flavorful broth/consommé served on the side.

This is a hands-on food that requires napkins and isn’t afraid to get a little messy. Perfect for a summer of re-embracing the flavor of life.

Some birria basics: The stewed meat dish originated in the state of Jalisco and is traditionally made from goat but can also be made with beef or lamb (read on for even more variations). Tijuana takes credit for turning birria into a taco and also quesabirria (birria quesadillas).

Chefs on college campuses are noticing birria and have started trying it out for cutting-edge clout. 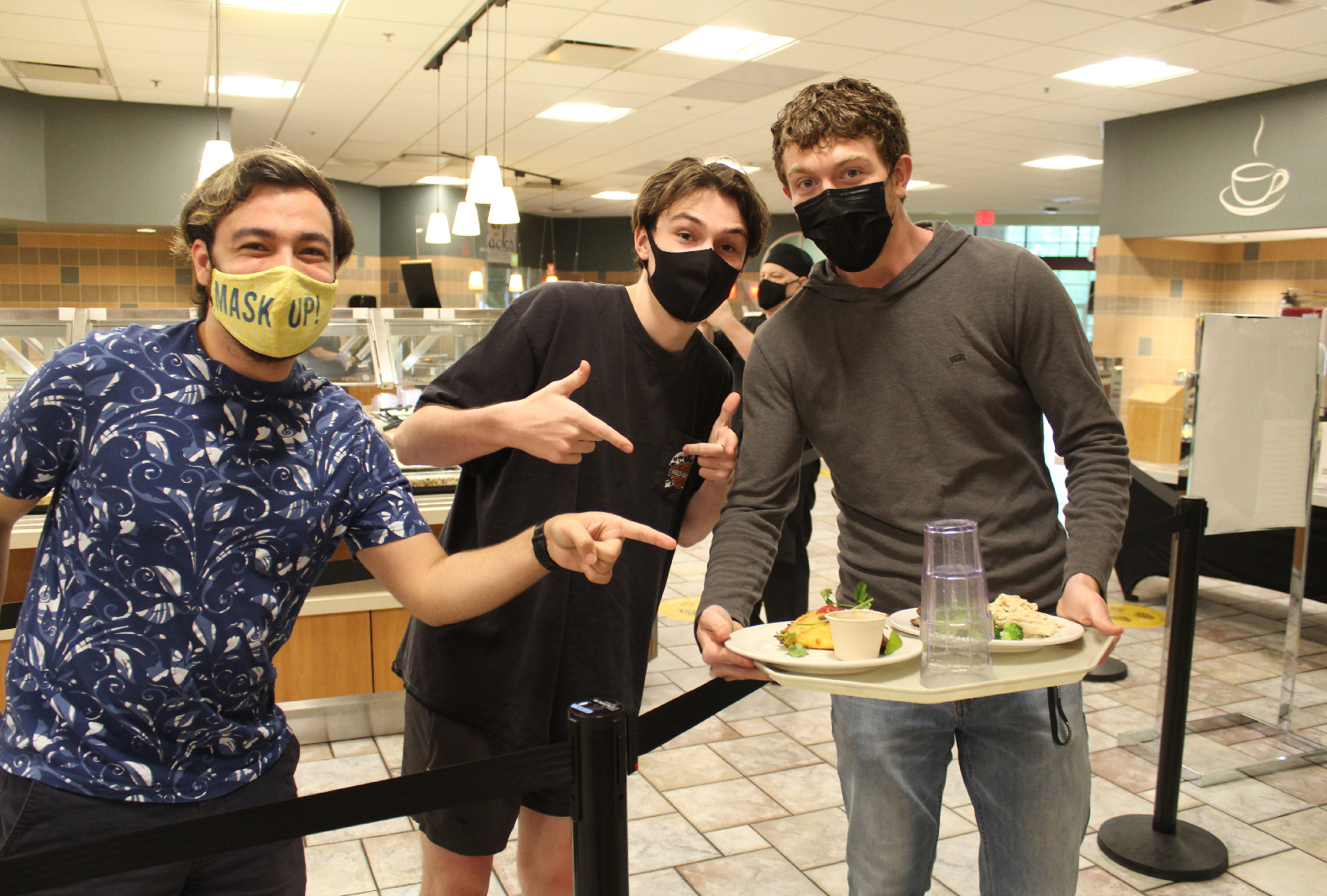 Texas Christian University students are super hyped up about birria.

It was a huge success and students lined up around the building to take a dive into birria’s magic stew.

“We sold out in less than two hours,” says Marketing Director Swati Bharathi. “Students could not get enough of Chef’s birria tacos, consommé and elotes.” 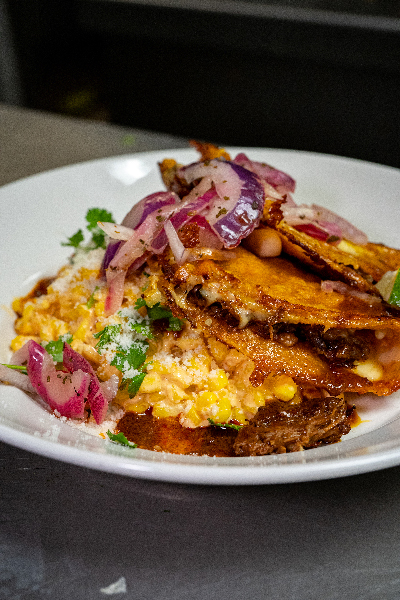 TCU’s birria takeover did so well that neighboring Southwestern University in Georgetown, Texas, reached out for a collaboration. The two dining teams gathered together, serving more than 600 birria tacos there.

Meanwhile American Dining Creations (ADC) chefs at SUNY Broome, also keen to jump on the birria train, created three different versions of birria tacos, which were carefully tested, marketed and have been one of ADC’s most successful concepts, selling well over 1,000 orders in less than three weeks:

-Birria beef taco: stewed Mexican beef stuffed into a broth-dipped corn tortilla with cheese and served with broth for dipping

-Braised chicken birria taco: slow-cooked chicken stew in a corn tortilla with cheese and herbs and consommé for dipping

Check out this cool video to see how birria tacos are made by ADC.