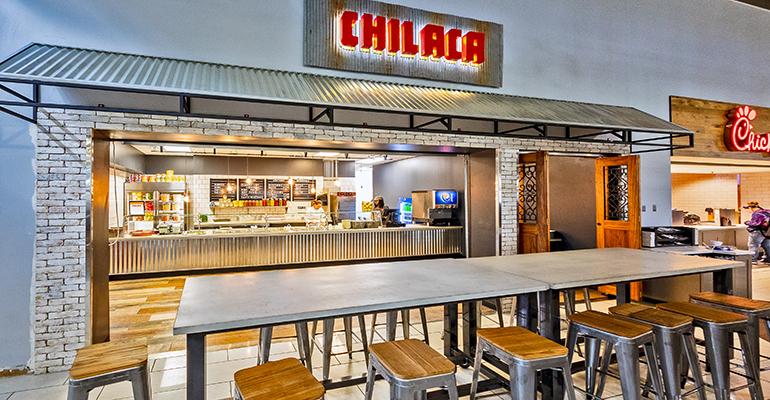 Chilaca is a long and curvy pepper that grows in Mexico. It’s also an incredibly successful Mexican dining concept on the campus of Fairmont State University, home to 3,800 students in rural West Virginia. In fall 2018, Chilaca replaced an Asian concept in the school’s student union and in the months since, business has more than tripled in the new space. “When we began monitoring Chilaca’s performance against the dining concept it replaced,” says Stacy Wiroll, a corporate chef in Elior North America’s Culinary Program Development, “we found an average projected revenue of $250,000 annually compared to $70,000 per year at the previous concept.”

Fairmont State reached out to Elior to develop the new concept after polling its student population about what they wished for in a new on-campus dining location. “It wasn’t that the existing concept wasn’t doing well but that the school wanted to put something in that was new and exciting,” says Wiroll. In addition to requesting a Chick-fil-A and a Starbucks on campus, both of which have since been added, the students overwhelmingly asked for Mexican cuisine.

Wiroll reasons that Mexican fare is so popular because it’s a type of food that everyone is familiar with that also offers many ways to showcase a variety of vibrant, interesting flavors and ingredients. “Many of the students grew up with a taco night,” she continues, “and with Chilaca, we’re able to upgrade on that culinary memory by offering authentic and exciting ingredient choices.” 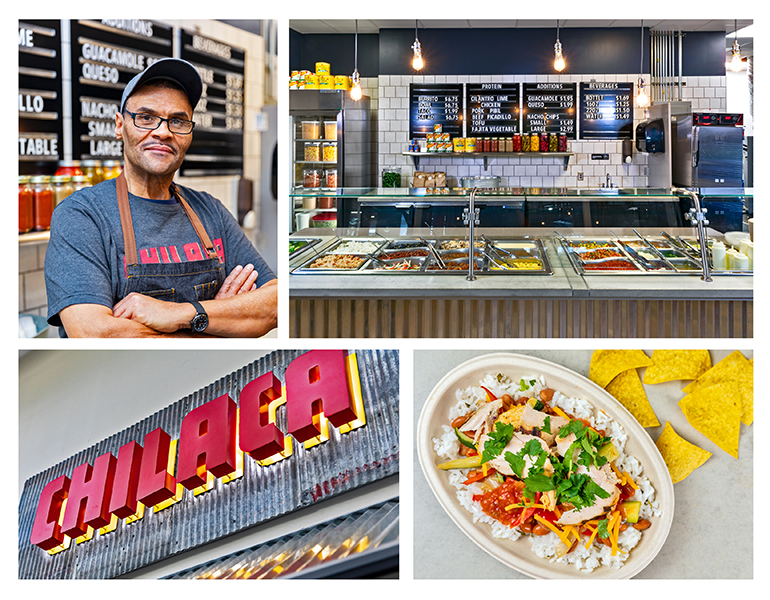 Chilaca, positioned in the university’s Falcon Center dining hall, offers a customizable fast-casual experience that gives a unique option to typical food court choices. Guests have the option of a burrito, tacos, salad, or a rice or nacho bowl. Next, they pick a main filling – cilantro lime chicken, conchita pork pibil, beef picadillo, tofu or fajita vegetable – as well as secondary fillings (e.g. corn, peppers and jicama root) and add-ins such as guacamole, queso and a creamy chipotle adobo sauce. The concept is open Sunday through Friday for lunch and dinner. The food is prepped in the school’s central kitchen before being delivered to Chilaca where guests have the chance to have their tacos and bowls built to order, which helps caters to dietary restrictions.

“Tacos have been our No. 1 seller,” says Wiroll, “along with the pork pibil, a Mexican-style pulled pork that has been marinated with fresh-peeled garlic, lime and orange juice and achiote paste, then seasoned with cumin, cinnamon and black pepper. It’s something you don’t see every day at a fast-casual concept.” She adds that the menu was developed by Eric Pearce, one of Elior’s corporate executive chefs.

Part of delivering more enticing food options to students was making sure the concept also stood out in its appearance and branding. “Just as the menu is inspired by Mexican street food, the interior design takes inspiration from a street vendor’s aesthetic,” she says. “There’s a street art-style mural on the wall and most of the surfaces are polished but unfinished such as the concrete countertops and panels of corrugated metal.” As enticing ingredients play such a central role in Chilaca’s concept, containers of colorful preserved Mexican vegetables and jars of spices line the back wall in sight of the customers. 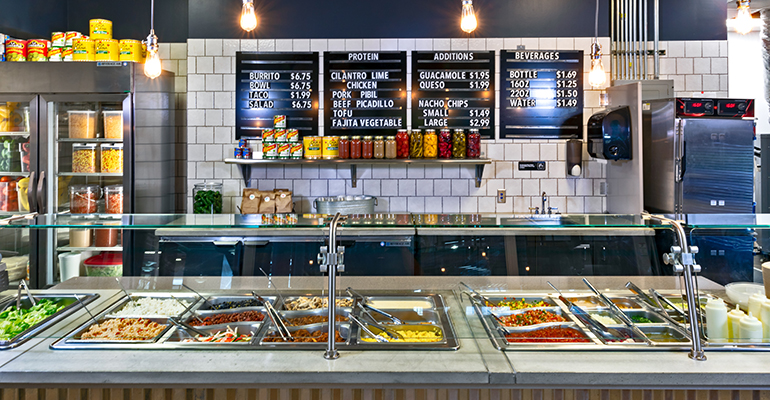 Pronto track menu boards display options available to have tacos, burritos and bowls built to order options in the style of Chipotle and Qdoba.

“Chilaca is a bit more defined than other concepts on campus,” says Wiroll. “It stands out because it has its own personality.” The fast-casual concept averages $6.35 per transaction, she says, with about 1,230 transactions per week. In 2018, 8,552 customers visited Chilaca compared to just over 4,700 visitors in 2017 when the previous concept was in that space in the dining hall.

In fact, Chilaca has been such a success that Elior is opening another one on the campus of Albany State this fall with plans in progress for a third at Bowie State University. “As the concept continues to grow in other locations, so will our offerings to keep the monotony down and keep excitement up,” says Wiroll. The team is already busy developing four new limited-time seasonal offerings to launch at the Fairmont location this coming fall.