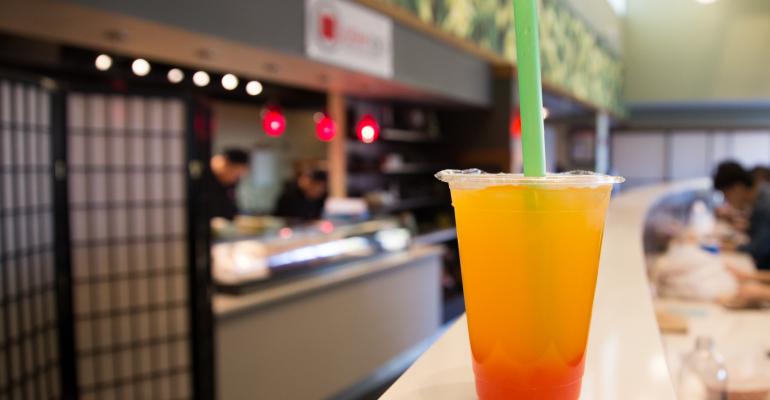 Bubble tea—a sweet iced tea drink with little boba (tapioca balls)—is more well known in this country than cheese tea, a newer drink that was invented in Taiwan’s night market stands about 10 years ago. To many Americans, the phrase “cheese tea” conjures up some downright unpleasant images and leaves us shaking our heads. But many become fans once they try it.

Cheese tea is sweet like bubble tea, but with a savory finish. It’s made with green or black tea, with or without milk, topped with a tall, frothy layer of cream cheese and milk that can be sweet or salty. According to LA-based food writer Esther Tseng, “cheese tea tastes better than it sounds…and given cheese tea’s popularity in Asia, as well as the successful migration of other Asian desserts (like matcha-flavored sweets and shave ice) to major U.S. markets, cheese tea should be on its way to making it big in America.” 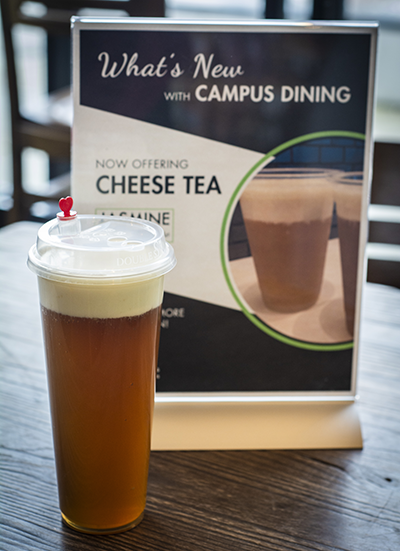 “Cheese tea has been a hot trend in NYC, Queens and Brooklyn and has made its way out to Long Island,” says Angela Agnello, director of marketing and communications at Stony Brook, where cheese teas are growing in popularity alongside bubble teas and traditional teas.

Agnello points to data from The Tea Association of the USA that tea is second only to water as the most-consumed beverage in the world. Younger generations are especially keen on tea (87% of millennials drink tea). Last year, more than 350,000 tea drinks were sold across Stony Brook’s campus.

Working at the Jasmine Tea House requires employees to train to become “tea sommeliers,” Agnello says, learning much more than how to steep tea and serve macarons. “The employees that work at the Tea House have tasted each of the tea varieties and have sampled each of the pastries offered. When customers ask them what they like, the employees all have their favorites and can assist in finding the flavor that the customers are looking for.”

This convivial experience is being boosted online, through traditional social media and also through a partnership between the dining team and the university’s China Center to utilize WeChat, a Chinese messaging, social media and mobile app, allowing a way to reach out to more groups on campus.

Bubble and cheese teas along with slush milk tea and iced tea infusions are all made to order and handcrafted for each customer. There are dozens of variations on flavor, including taro, mango, matcha, lychee and peach. The aforementioned macarons come in flavors like rose lychee, matcha tea, wedding almond, espresso and more. 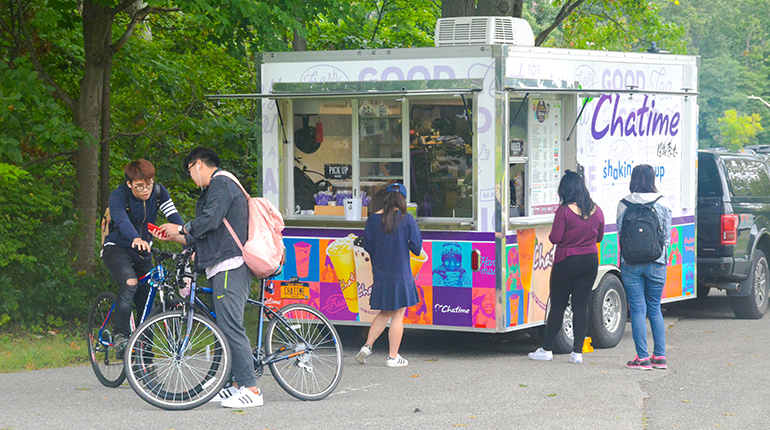 For those seeking a tea fix on the go, Stony Brook also operates Chatime, a campus tea truck that can be found every day on campus during the academic year. Chatime is owned and operated by Stony Brook alum Steven Cui Yue.

Due to the popularity of tea on campus, Stony Brook’s next move is the addition of an Argo tea concept, a national brand, which will be placed in a center-of-campus location later this fall.