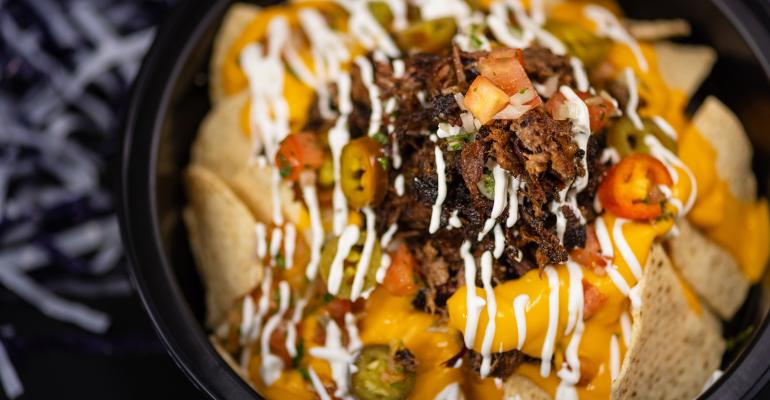 Whether it’s a practice game or a championship, TCU’s Sodexo culinary team brings the thrills, chills and all the excitement to game day food with a message to fans: “We’re glad you’re here.”

As with many college football teams this fall, things are a bit uncertain for the Texas Christian University (TCU) Horned Frogs, with conferences switching things up. One thing that’s certain? The food will be amazing.

“As we’re going back into football season, we’re wondering how’s it going to be when it all settles? Well, we can’t control the Pac 10 or the Big 12, but I can control how much fun you’ll have at the game,” says Chef Michael Smith, TCU’s director of culinary operations with Sodexo.

“Our goal is to create a live culinary experience that makes our fans want to attend our sporting events in person, rather than watching it on TV,” Smith says, citing a combination of menu items that starts with familiar Tex-Mex food and then goes for the touchdown with unique touches “to enhance our fans’ sense of excitement and adventure.”

That emotional connection is Smith’s top instruction in the playbook of his kitchen life. 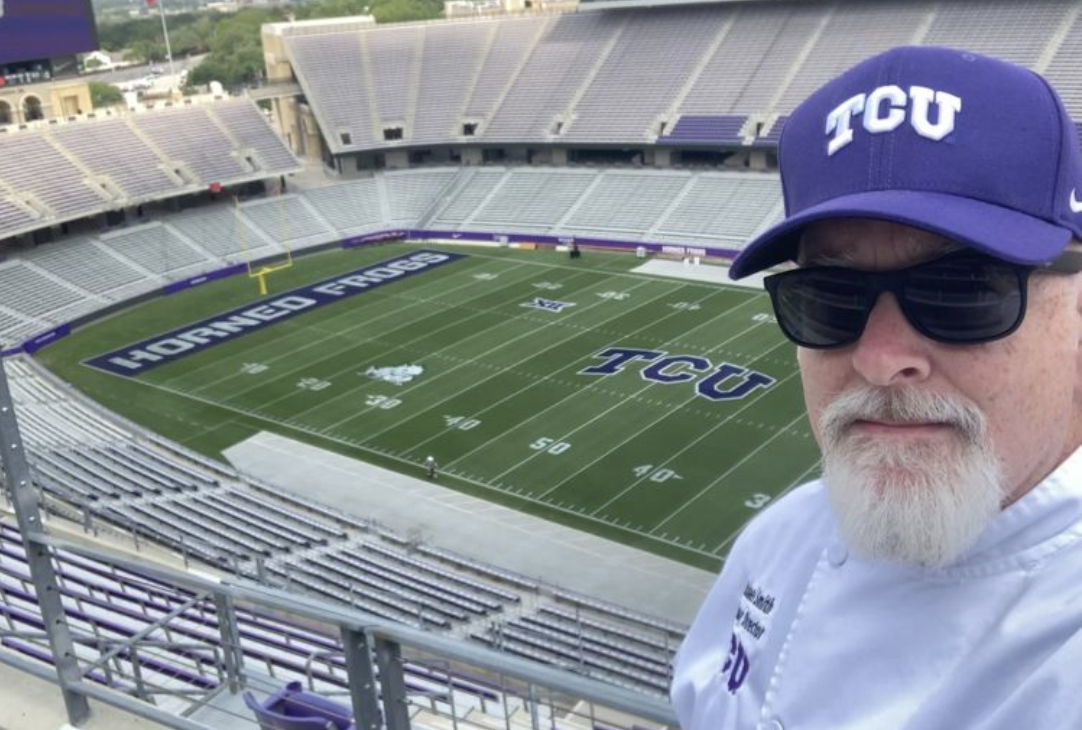 “We don’t save our big ideas for the big game,” says TCU’s Chef Michael Smith.

“Money will come and money will go, but if you can keep people happy on a regular basis, that’s where you’re going to build that ‘rabid fan,’” he says. “Whether you’re at the Super Bowl or going to your daughter’s soccer game, your emotional needs don’t change.”

Regardless of the game or the rival, “we don’t save our big ideas for the big game,” Smith says. For example, at a recent springtime practice game, a co-worker told Smith “don’t kill yourself, Chef, it’s just the spring practice game!” Smith replied: “Sorry, but the culinary team at TCU doesn’t scrimmage. If there’s just one fan in the stands, we go all out.”[FT1]

At that scrimmage game, the menu included items that do a good job of representing what TCU dining is all about: Mexican comfort food with an exciting edge of the unexpected and upgraded. Some highlights: Tex-Mex pot roast mac ‘n cheese, ruby red grapefruit tinga de pollo, mint vodka-infused lamb barbacoa and tres leches cake cups. 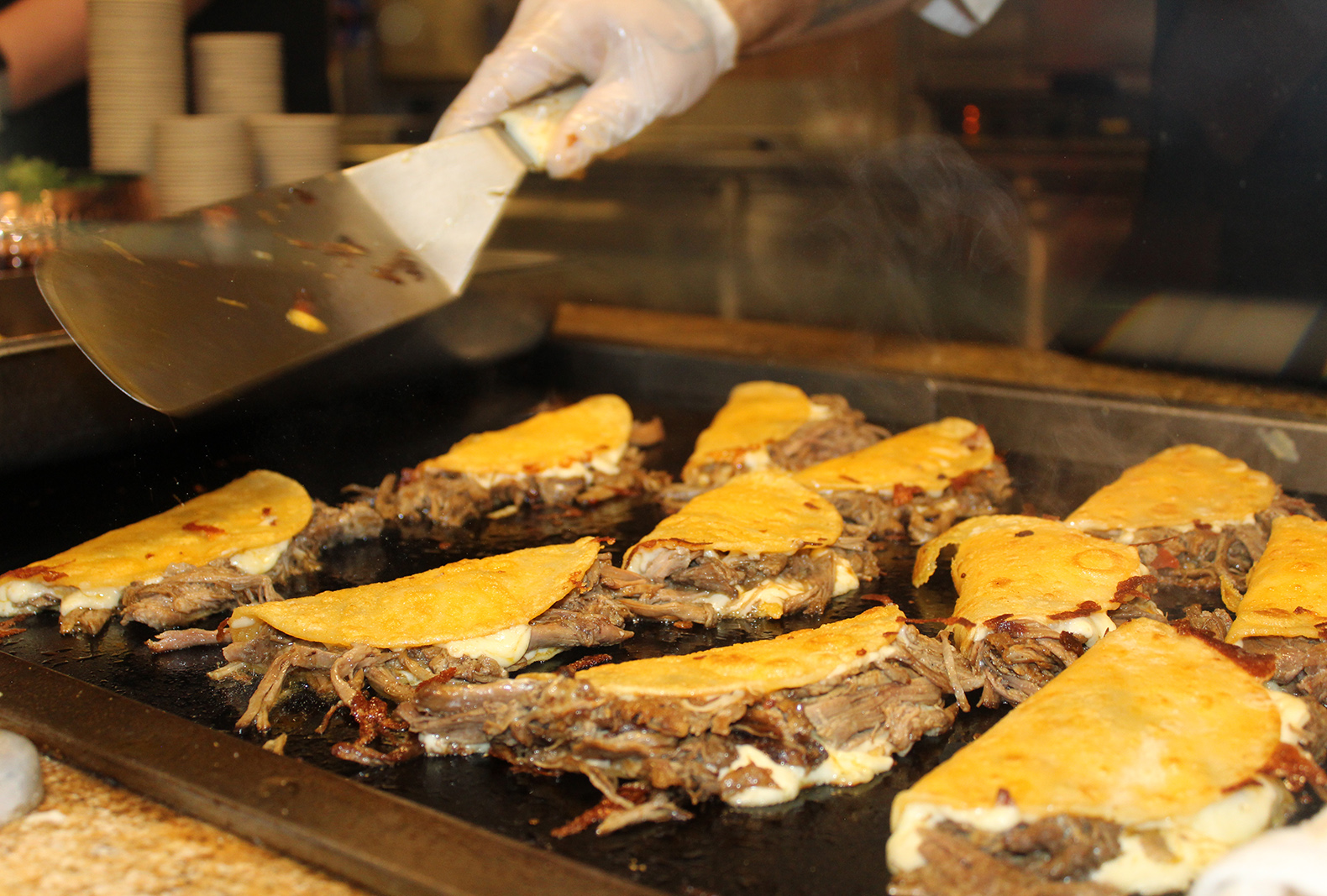 TCU’s Sodexo culinary team was one of the first to dip into the birria trend of dippable tacos.

For football games, the menu will match the “tone and timbre of the sport,” Smith says, adding in seasonal items and surprises to engage with fans and make them feel like part of the team. After each sports season, he looks at data, but Smith doesn’t let numbers rule his game plan; those come more from the heart.

“A lot of companies will analyze data and know what’s selling and then duplicate that on a larger scale,” he says. “But I look at data a different way: What am I doing that’s resonating as a win? A win isn’t a transaction; a win is a smile.”

And with that in mind, there should be lots of smiling Horned Frogs in the stands for the upcoming football season, no matter what it will bring on the field.