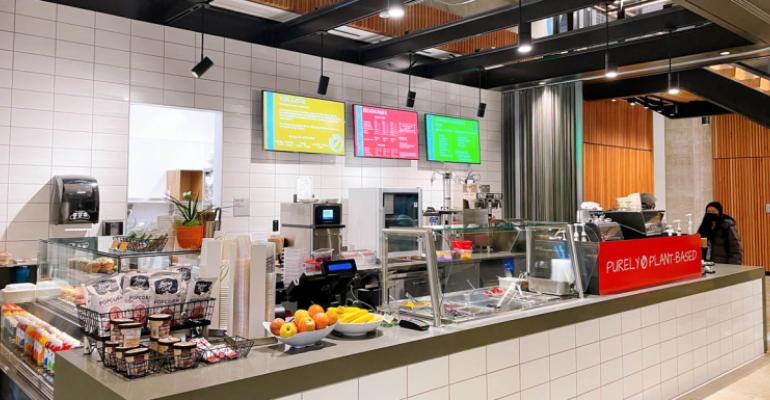 Chartwells Higher Ed
Seattle University recently opened a 100% plant-based café, something expected to become more of a staple on college and university campuses over the course of 2023.
News & Trends>Colleges & Universities

Chartwells sees not only more plant-based menus but greater emphasis on onsite production, vegan snacks and even plant-based “seafood” alternatives in the coming year.

Plant-based dining seems to be a growing thing in the college market, with nearly eight in ten (79%) of Gen Z saying they eat plant-based meals at least once a week, with 60% of them saying they to eat more plant-based foods. Meanwhile, the overall retail market for plant-based foods has reached $7.4 billion—$5.5 billion more than in 2019. In response, Chartwells Higher Education, a major player in the contracted college dining market, has committed to increasing its plant-based dining options and programming across the 300 campuses where it operates, focusing in on some key trends driving the larger, rapidly evolving plant-based landscape.

Here are five of these plant-based and sustainability trends to be aware of in college dining in 2023, according to Monalisa Prasad, Chartwells' National Director of Sustainability… 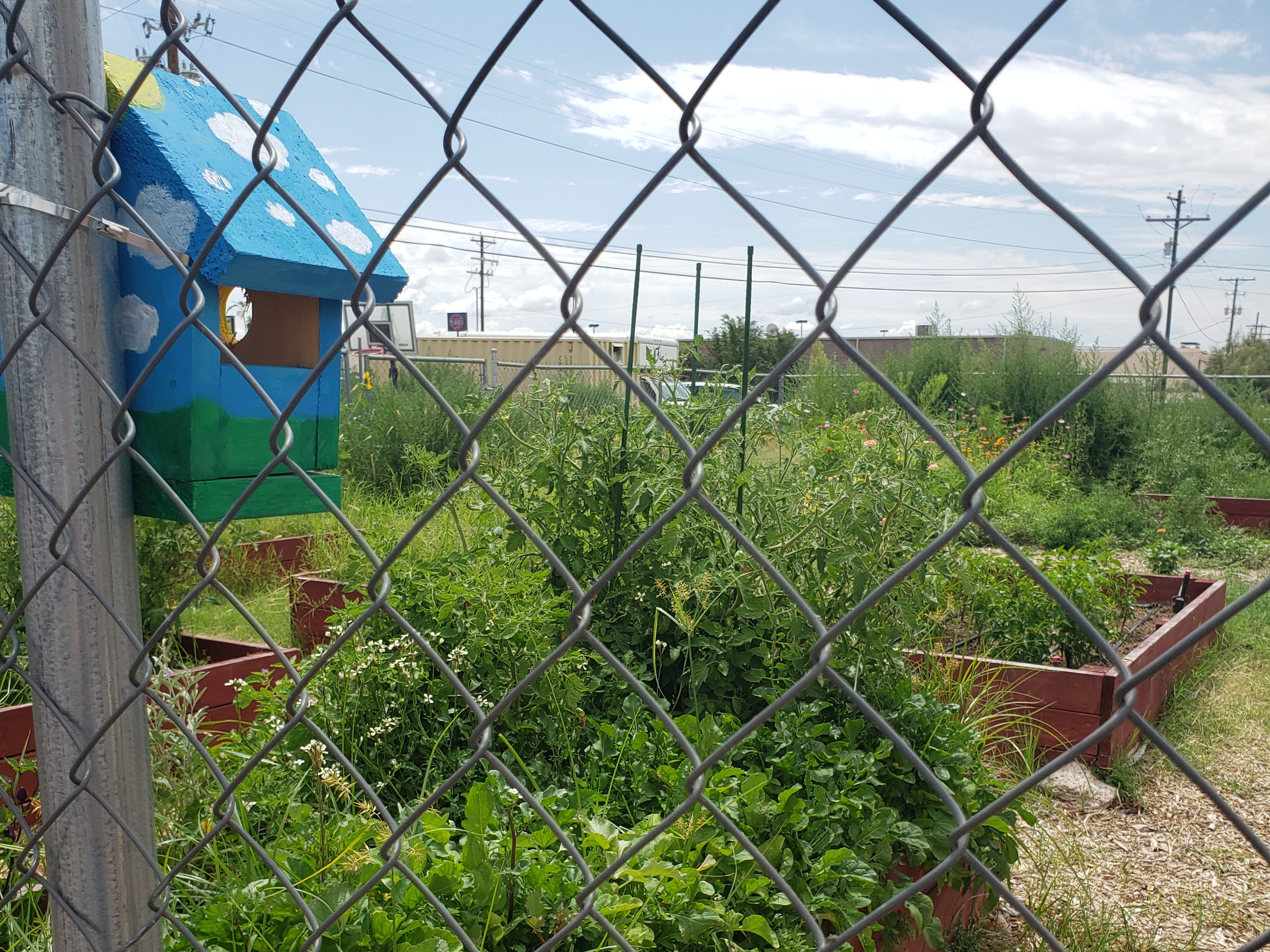 Chartwells worked with New Mexico Tech and interested students to create an on-campus garden and launch a Gardening Club to help maintain it, with produce grown in the garden regularly used for meals in campus dining.

More 100% plant-based menus on college campuses. “While we've seen plant-based pop-ups and takeovers before, expect to see more permanent, full-service concepts and retail locations that are completely plant-based. We've already seen this at Seattle University, which opened a 100% plant-based cafe earlier this year, and I anticipate this will become more of a staple on college and university campuses.”

Innovative ways to increase the amount of produce grown on-site. “I expect the scale and sophistication of campus gardens to increase, along with their ties to campuses' broader sustainability goals. New Mexico Tech, for example, worked with the University and interested students to create an on-campus garden and launch a Gardening Club to help maintain it. Produce grown in the garden includes squash, sweet and hot peppers, tomatoes, lettuce, and herbs that are regularly used for meals in campus dining.”

Greater transparency in meals' climate impact. “As we become increasingly eco-conscious consumers, the impact of our consumption becomes increasingly important. With the rise of plant-based meals, which typically have fewer carbon emissions than non-plant-based meals, I anticipate consumers, particularly college students, will want more insights into the environmental impacts of their dining choices. That's why we formed an exclusive partnership with HowGood this year to introduce climate labeling at campuses across the country and empower students to make more informed dining decisions that better support the planet.”

A rise in plant-based seafood alternatives. “With pescetarian diets rising in popularity, there's a greater need for seafood alternatives. I anticipate common seafood offerings at dining halls such as fish tacos and crab cakes will soon see equivalent plant-based options using ingredients such as kelp, soybeans, chickpeas, jackfruit, adaptogenic mushrooms, and seaweed. For the first time this April, we will be featuring seaweed in dishes like Japanese Seaweed Mixed Rice, Sea Lettuce and Garlicky Chickpea Bowls, and Sesame Rice with Seaweed and Avocado to highlight its nutritional benefits. Bowling Green State University is also planning to incorporate plant-based shellfish into its menus this spring, providing a plant-based alternative to a common food allergen.”

Vegan snacks becoming a staple of campus dining nationwide. “This year, the vegan snack market is valued at over $46 billion. By 2030, it's expected to nearly double to reach over $80 billion. On college campuses, we've seen an increase in purchasing habits when it comes to vegan, upcycled, as well as clean ingredient snacks, along with an increased appetite to replace some meals with snacks. During Vegan Awareness Month UMBC's campus dietitian educated students on ways to include more plant-based proteins into their favorite snacks. Students were able to sample a protein-packed snack mix of pretzels, roasted chickpeas, and dried edamame.”