The new Off the Leash food truck from Aladdin Campus Dining will serve a variety of “down home cooking” options to the Bowie State University campus seven days a week.

Aladdin Campus Dining, a unit of Elior North America, has launched a new food truck at the Bowie State University campus in Maryland. Called Off the Leash, it will serve a variety of “down home cooking” options to seven days a week, initially from outside the new Entrepreneurship Living Learning Center (ELLC) residential hall, but will eventually also rotate to different locations across the campus as well as travelling to community events such as tailgating at Bowie State’s home football games.

Launched in September to welcome students back to campus, Off the Leash was designed to cultivate a sense of community among students, faculty, staff and guests on campus. The naming of the truck itself was a community event, the product of a naming contest launched by Aladdin and Bowie State to raise awareness and create excitement about the new addition to campus. The name selected honors the school’s mascot, Butch the Bulldog. 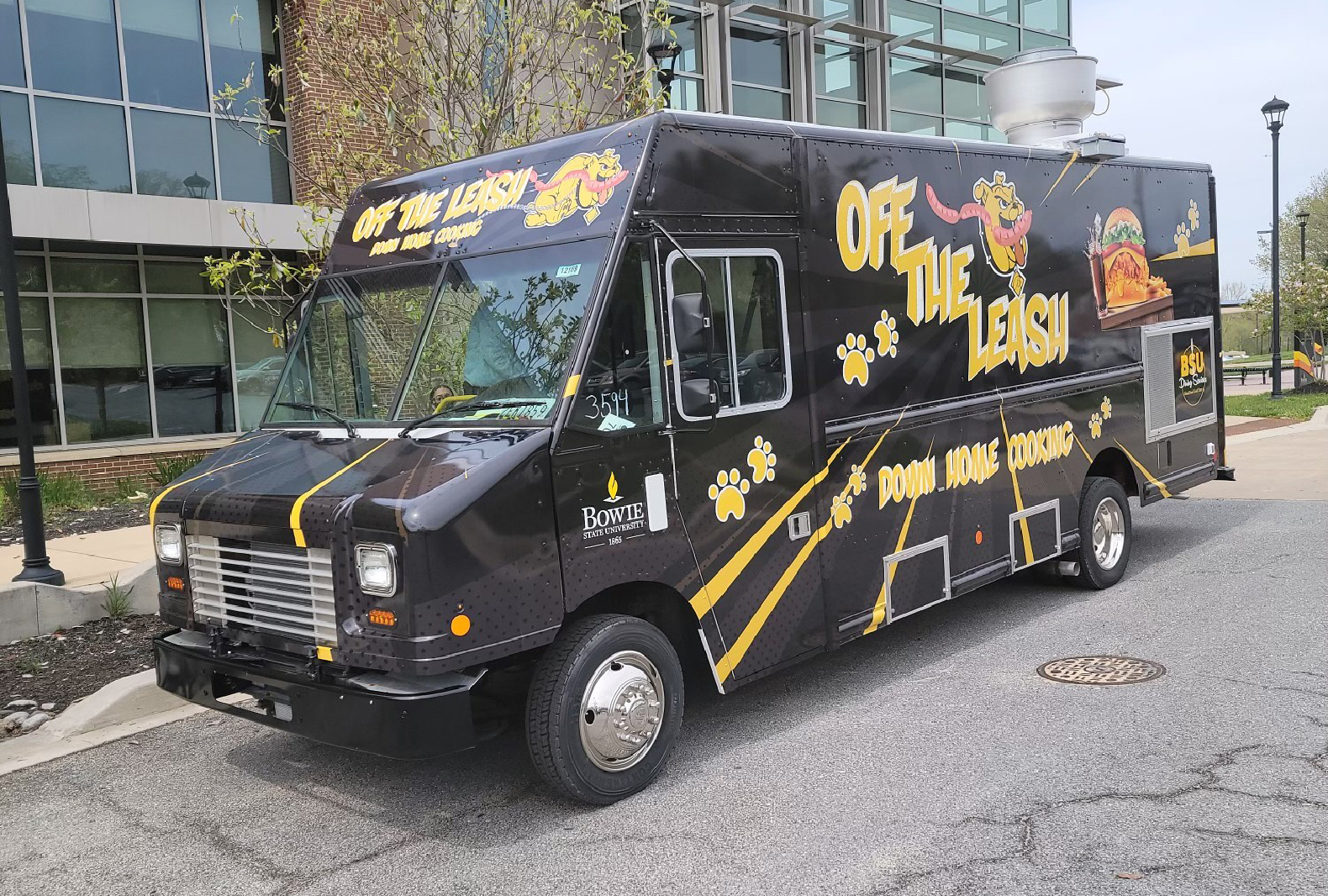 Off the Leash was the name chosen through a naming contest and honors Bowie State’s Butch the Bulldog mascot.

Aladdin Campus Dining and the Bowie State administration worked hand-in-hand on the development of the food truck to ensure that the branding reflected the spirit of school and the menu consisted of items that pleased both the preferences and the nutritional needs of the campus community. 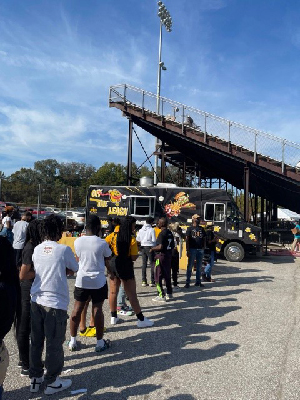 Photo: Off the Leash is planned to operate both as an additional campus dining outlet but will also travel to community events such as tailgating at Bowie State’s home football games.

In addition to posting the food truck there in the early going, Bowie State and Aladdin Campus Dining are also opening a Marketplace Café at the ELLC that will have top-selling convenience items along with snacks, premade "grab-and-go" items and freshly made sandwiches and smoothies. Meanwhile, the lounge area will serve as an extension of the Student Center.

“We want students to experience this as the social core to the building enhancing their personal growth and supporting their educational matriculation,” said Wade G. Henley, associate vice president for auxiliary services. “We will plan and host events in the space, including, but not limited to game nights, open mic nights and speaker series. We will also have student products labeled along the entry to the cafe to promote entrepreneurship.”