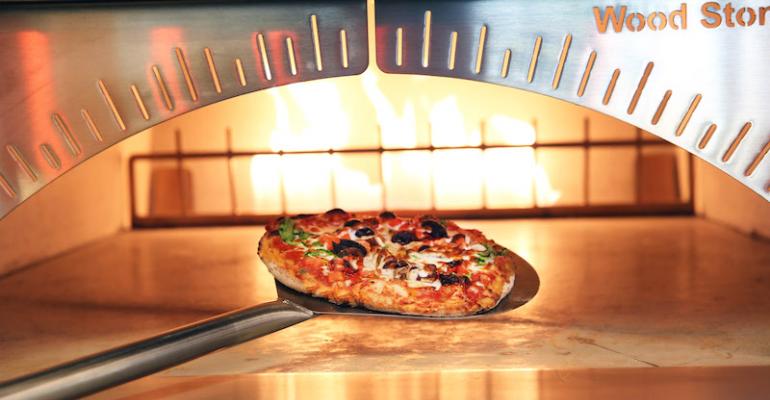 The Niche Pizza Co. was developed to serve residential dining commons customers but has become such a hit, it’s opening its own retail outlet on campus.

Students eating at the Niche Dining Commons on the Health Sciences campus of the University of Georgia (UGA) in Athens have spread the word: The pizza there is fabulous.

The result? When UGA went looking for a retail pizza concept to put into its renovated Bulldog Café food court in the Tate Student Center, student surveys indicated a strong preference for the pies coming out of the hearth oven at the Niche’s pizza station.

“When we opened The Niche and we introduced the hearth oven pizza concept to that location, the popularity and the responses we’ve gotten from students has just been really off the chart in terms of how much they like it and how much they want to see it in other places,” says Bryan Varin, interim director of UGA Dining. “So we figured since we’re going through a huge effort in revamping retail dining on our campus and pizza is a part of that equation, if the students love the Niche pizza that much, then let’s brand it.”

The concept will debut this spring with a menu that not only includes pizzas—five standard pies plus a wide variety of toppings for customized choices, all made to order—but also dessert calzones and an array of natural sodas using carbonated water combined with various 100 percent juices, fruits, herbs and spices. One example: pineapple and passion fruit juice and carbonated water infused with rosemary sprigs and raspberries.

The Niche Pizza Co. station in the Bulldog Café will also bring back the gelatos that had been served in the Niche Dining Commons until a renovation that expanded seating forced its removal. It will also offer late-evening serving hours, staying open until midnight every day. A delivery option down the line is under consideration but not imminent.

The Niche Dining Commons, where Niche Pizza grew into its fame, is UGA’s newest residential dining center, specializing in made-to-order choices. It debuted in August 2013 and has become a popular dining spot despite its location on the Health Sciences campus, which is several miles from the main campus (the campus transit system makes it an easy connection, though).

In fact, Varin says, the eatery soon outgrew its capacity as students from the main campus flocked to what some referred to as the “holy grail” of residential dining on the campus. As a consequence of the crowding, the dining area of the Niche was expanded this past summer with the addition of 42 seats.

Currently, Niche Dining Commons is only open for breakfast and lunch. The pizza station is perhaps its most popular stop, at least at lunch, when Varin estimates about half the 400 or so diners have at least one slice on their plates.

Meanwhile, the Bulldog Café update is the first phase of an initiative to evolve retail dining on the UGA campus. The Bulldog Café renovation will also add a pair of national branded concepts, including an expanded Chick-fil-A Express.

Supporting that evolution of retail dining is a change in the meal plan approach, which saw the introduction of new commuter plan options, including block plans, and the expansion of residential meal plan options to include a new offering called Paw Points, which is a dollar-per-point retail purchase equivalency system meal plan holders can use at any campus retail or vending outlet, including national brands like Chick-fil-A.

As a result of the changes, the school has sold 900 additional meal plans this academic year, Varin reports, primarily due to the new commuter plan sales. Demand for residential plans is also strong despite the fact that purchases are not mandatory as at many other schools.

“One of our strong beliefs is keeping everything that we do completely voluntary,” Varin says. “We do not force the hand of anyone on campus to buy our products and have no intention of doing that in the future.”

Retiring Floyd Made his Mark on Georgia, Campus Dining
Aug 21, 2014