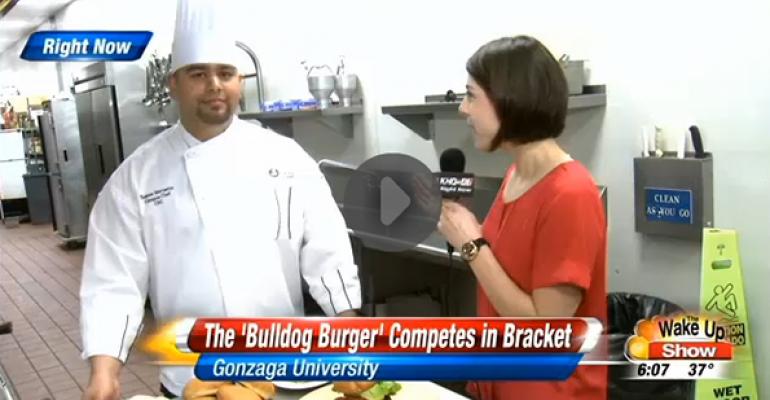 Gonzaga’s basketball team didn’t make it out of the Elite Eight but that didn’t stop the university from making headlines in another bracket—Food Management’s 2015 NCAA Food Bracket.

Gonzaga’s Bulldog Burger, which features all Northwest and scratch-made ingredients, made such a splash during our Food Bracket that the dining services team got a visit from a local television’s news crew.

Unfortunately, the Bulldog Burger was bested in the Final Four by Villanova’s Café Nova Spinach and Mushroom Flatbread.

It’s now down to Kansas and Villanova. Voting ends at 12:00 a.m. Monday, April 13. The winner will be announced later that day.