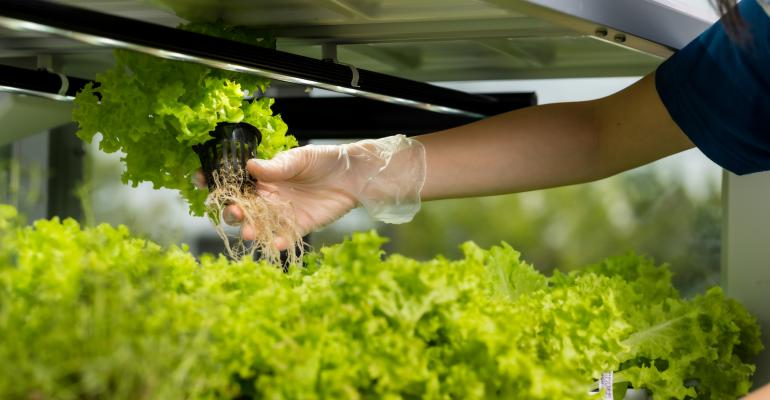 Aramark
Chefs sometimes harvest as orders come in, or students can watch as a staff member harvests mature greens, washes them and immediately loads them onto the salad bar.
News & Trends>Colleges & Universities

Greens are growing—right in the dining hall

Through a partnership with a tech startup, Aramark is placing hydroponic units in university dining halls.

Right next to the salad bar at Virginia Commonwealth University, a wall of plants glows under grow lights—neat rows of green and purple basil, cilantro, a summer lettuce mix, microgreens, mint, and a variety of other herbs.

Aramark is installing the hydroponic units inside of dining halls at a number of its university campuses to offer students a chance to observe greens growing in real time and to eat them—immediately— when they’re ready for harvest. Six units will be placed across four university dining halls, at University of South Carolina, Lander University and Western Carolina University in addition to Virginia Commonwealth. All together, these institutions serve more than 90,000 students.

Related: C&U On Demand: Chad Coats of the University of Arkansas talks about the Hill Coffee Co. outlet that has become a popular campus social and refreshment hub

The offering springs from a partnership between Aramark and Babylon Micro-Farms, a startup that provides the high-tech units along with resources and support so nutrition programs can grow the specialized ingredients themselves. According to its website, Babylon aims to simplify crop production and make it accessible, even for people with little farming know-how.

Founded in 2017, Babylon provides a way for institutional nutrition programs to grow their own leafy greens, tender herbs and edible flowers—including some hard-to-source products with a short shelf life—all in full view of patrons.

Related: Sustainability remains a priority despite the pandemic 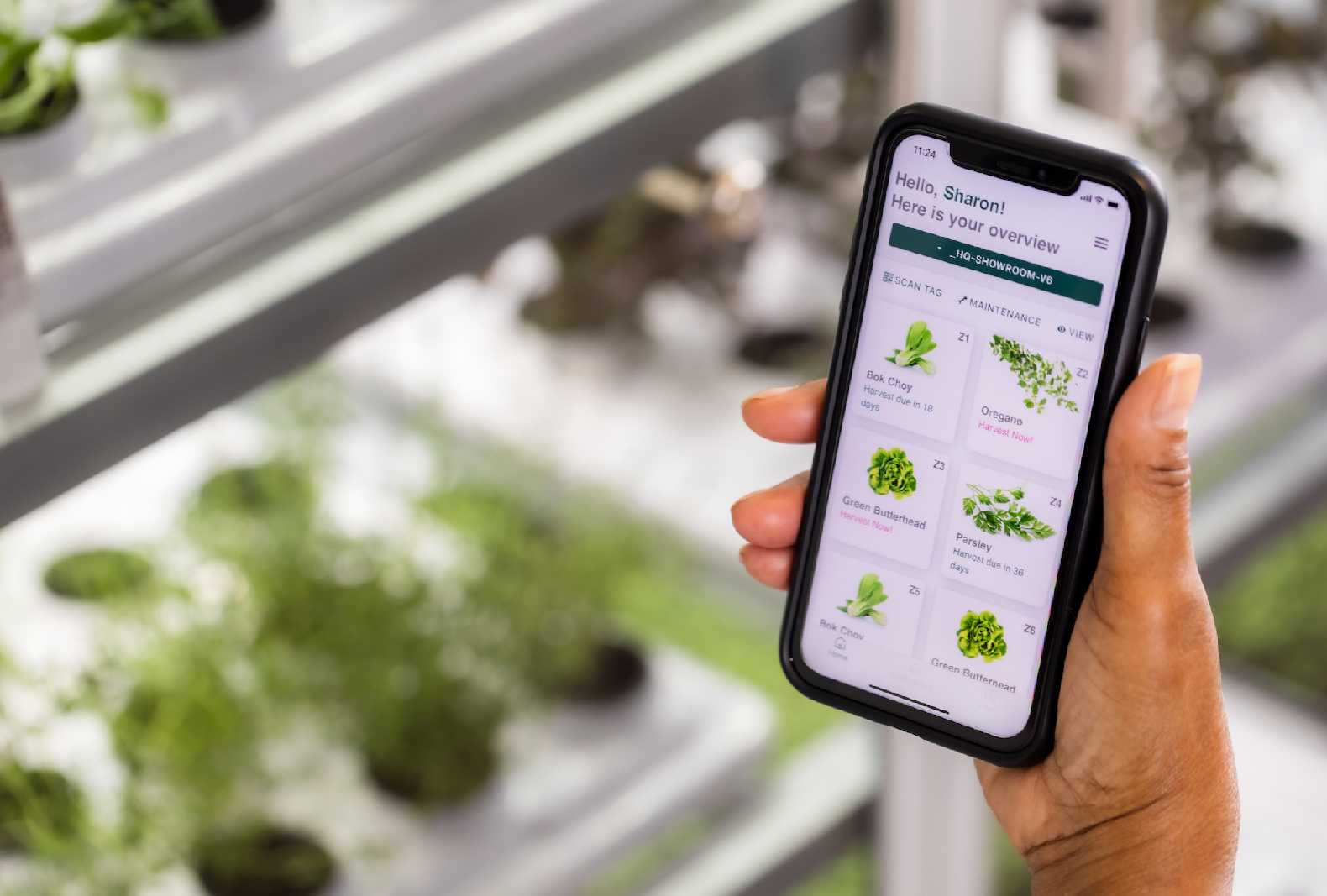 All units are managed remotely through Babylon’s Guided Growing app, which guides the entire growing and harvesting process by working in concert with cameras and other components to control almost every aspect of growing.

Co-founder Alexander Olesen says one of their farm managers assists with each account, helping nutrition programs grow the plants and incorporate them into their menus. A manager might help a nutrition team develop a tailored salad blend or design harvest events to raise awareness on campus. Olesen thinks it’s pretty exciting that “people are able to taste salad that was literally harvested from the roots just seconds before.”

All units are managed remotely through Babylon’s Guided Growing app, which guides the entire growing and harvesting process. The app, which works in concert with cameras and other components, can control almost every aspect of growing. It is equipped with tutorials for the user as well as an alert system.

“The App Sends notifications on when to plant, when to transfer seedlings from the germination chamber to their zones, when to clean the system and when to harvest,” a spokesperson from Babylon says.

Babylon offers only seeds the company has sourced directly and tested in its labs: high-yield, quick-growing varieties, including strains specifically developed for indoor growing. Many of the plants go from seed to harvest in just 30 days. Popular plants include arugula, basil, spinach and lettuce. But programs can also opt for more unusual options such as shiso, mustard greens or microgreens (think  tiny broccoli, wasabi arugula or red beet shoots).The company offers about 40 seed varieties.

They aren’t testing as many new products as they were at the beginning. Instead, they’re focusing on improving the plants their customers can grow.

“To increase nutrient density is something we’re really pushing forward,” Olesen says, noting that evidence from independent testing shows that particular greens grown in the units are more nutrient-dense than some that are commercially available. In an email, Babylon shared results indicating that their Romaine lettuce is much higher in potassium than a competitive product. In addition, Babylon notes that just-harvested produce still has all its nutrients. 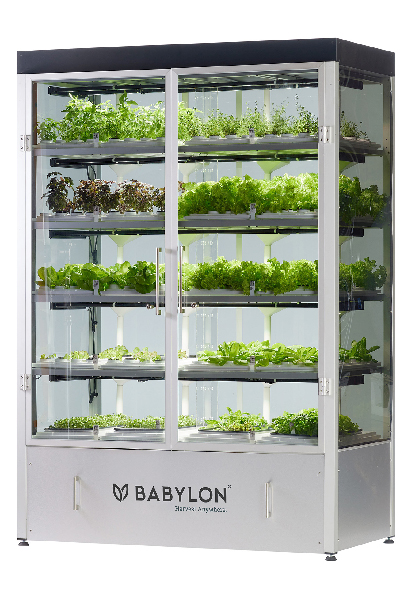 Photo: Aramark is installing the hydroponic units inside of dining halls at a number of its university campuses to offer students a chance to observe greens growing in real time and to eat them immediately when they’re ready for harvest.

Matt Rogers, Aramark regional vice president, is excited by the concept that “fresh can be right in front of you.” He says the goal of the program is to “connect students with how their food is grown and where it comes from. Sometimes it’s a mystery to students.”

When a staff member harvests pea tendrils and uses them to garnish a bowl of pho served up just moments later, it’s not a mystery at all—students can see their food growing one minute and dig in to eat it the next. Chefs sometimes harvest as orders come in. Or students may watch as a staff member harvests mature greens, washes them and immediately loads them onto the salad bar.

“For the input it takes, the output is very impressive,” Rogers says, noting that a single unit can produce eight pounds of produce per week.

That said, he emphasizes that they don’t expect the program to interfere with existing relationships with local growers. “By no means is this going to reduce our ability to support a local farmer. We’re trying to grow things that farmers aren’t growing.”

The central goal for Aramark is education.

“We think the dining hall is an extension of the classroom,” he says. “We’re building a more conscious consumer where students leave more informed about their food system. If this is one way we can do that, it’s pretty cool.”