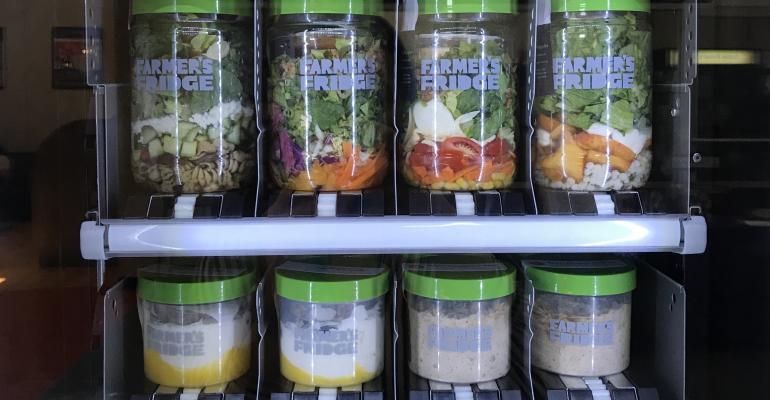 Sodexo / St. Peter’s Dining Services
Selections are packed in recyclable jars that can be returned to the unit through a special slot.
News & Trends>Colleges & Universities

Dinneen Hall is a major gathering point on the campus of St. Peter’s University in New Jersey, and dining services provider Sodexo operates a retail cluster in the venue that includes the QuickZone Marketplace c-store and a prepared food station called Pete’s Place that menus college standards like pizza, pasta and sub sandwiches.

Beginning this past August, however, a new addition has supplemented these conventional outlets—a high-tech automated unit called Farmer’s Fridge that dispenses a variety of high-quality snack and meal choices with healthy profiles. 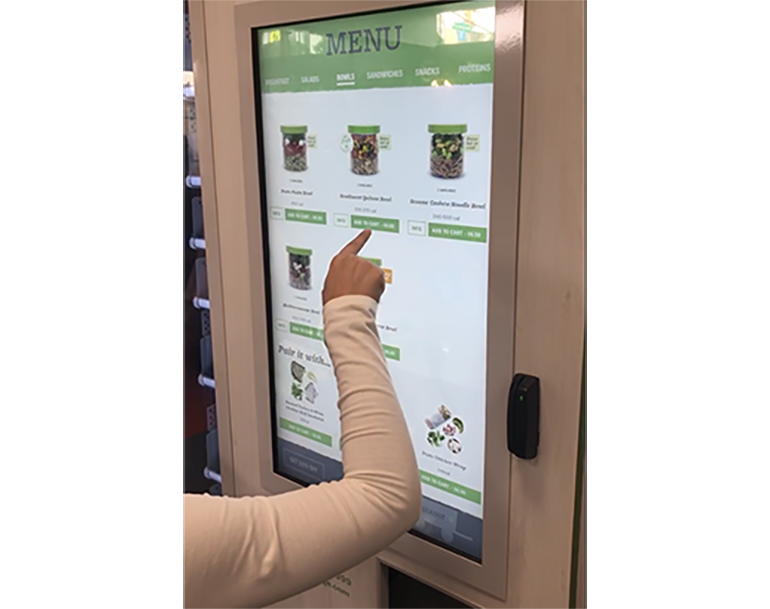 “It really helps to seal a gap, especially for our athletes, who are looking for high-protein/low-fat options and it’s been very popular with that population,” says Cynthia Farabaugh, Sodexo’s general manager at St. Peter’s.

The units contain base items that are mostly plant-forward such as a Greek yogurt and granola bowl, a sesame cashew noodle bowl, a smoked cheddar cobb salad and a quinoa parfait. Customers can choose to add proteins like seasoned, grilled or blackened chicken to their selections. There are two dozen base items and four protein choices in the unit, which operates at the same times as Dinneen Hall is open—generally 7:30 a.m. to 11 p.m. daily.

Customers make their selections on a touch screen and pay with a credit card. They can also view what’s available in the unit through a phone app. At some point, the app will also allow a customer to reserve a particular item remotely, Farabaugh says. 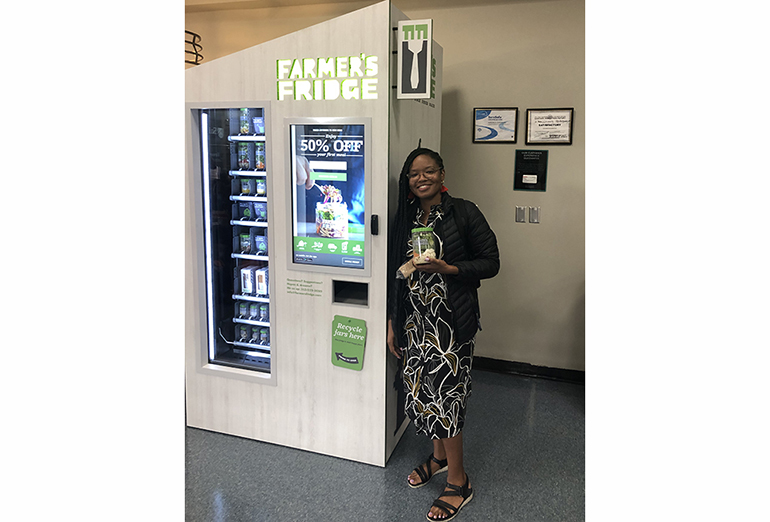 The Farmer’s Fridge unit at St. Peter’s University is part of the Dinneen Hall retail cluster.

Restocking is handled by Farmer’s Fridge, which developed the menu and produces it in its own commissary, and is done daily in the late evening, when unsold product is removed and donated to local food pantries. The unit sells an average or $1,200 to $1,500 a week, according to Farabaugh.

“Students, especially when they come back from a game, now have something other than the late-night offers from the pizza place and c-store,” observes Ksenia Stsepyetkina, Sodexo’s unit marketing coordinator at St. Peter’s. “This gives people an option to make a nutritious choice.”

Farabaugh says she is considering adding a second Farmer’s Fridge in a new wellness center that will be part of the planned renovation of the St. Peter’s recreation center slated for next year.