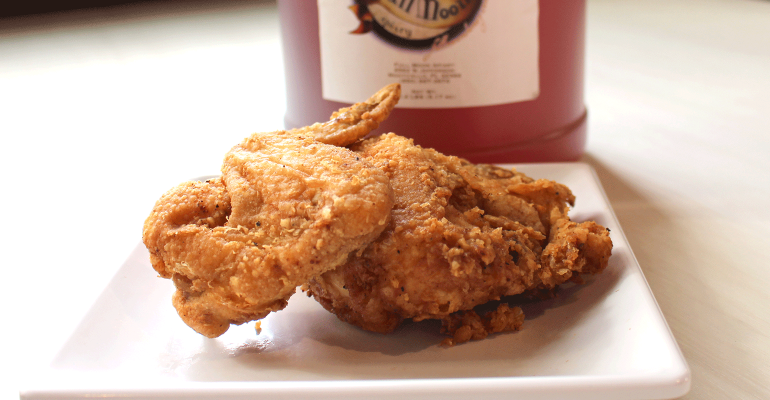 When an athlete chooses which college to attend, a lot of factors come into play. But for five-star Texas defensive tackle Marvin Wilson, who two years ago was being recruited by the Florida State University (FSU), the tipping point in his decision to attend FSU was simple: the best fried chicken ever.

“The best meal I had by far was when I was at Florida State,” Wilson told ESPN. “They had this thing called honey fried chicken…I bit into that one piece of chicken and went and grabbed the pan and we ate that whole pan of honey fried chicken. That’s probably the best chicken I’ve ever had in my life.” 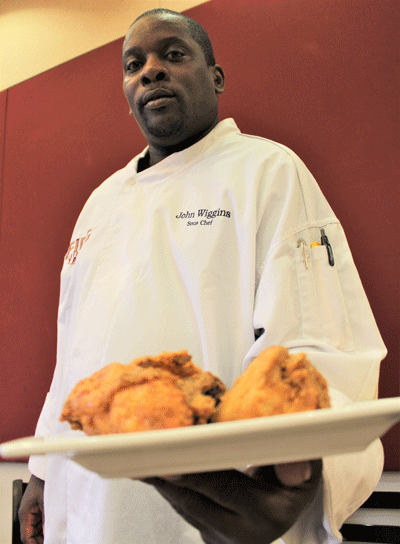 Fried Chicken Friday has been a longstanding tradition at FSU’s player’s dining hall, Figg Performance Table, for years. At least since the early ‘90s, says Chef John Wiggins, who has been serving Seminoles with Sodexo since 1986. He’s the one who developed the recipe for the honey fried chicken.

Wiggins modestly calls the recipe, “kind of basic,” with seasoned salt, garlic salt, salt and pepper on the chicken overnight (important to note: no buttermilk is used), then into the flour and into the fryer. Only after it’s golden-brown and perfect can the chicken get the piéce de resistance: a drizzle of honey out of a handy squeeze bottle, “so the honey won’t burn,” Wiggins says.

On an everyday basis, the FSU athletes want a lot of lean protein in their diet—healthier fare than the fried chicken, but this is a cheat day tradition, Wiggins says. 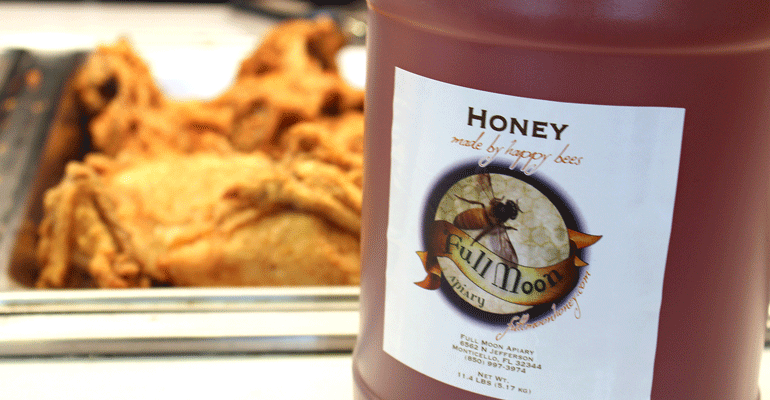 The recipe has remained unchanged since “almost before I was born,” says another FSU chef, Andrew Johnson. But the honey has gotten local.

Through the Adopt a Farm program last year, FSU’s dining team partnered with Full Moon Apiary in Monticello, Fla., to source 30 gallons of honey per month for use across the menu, and of course, on the chicken.

Now available at two other dining venues, Fried Chicken Friday is bigger than ever, and those in the know come early to get in line—sometimes the line can be “40 or 50 people deep,” says Scott Bryan, public relations specialist for Sodexo at FSU.

So, what’s next? Soon, the fried chicken—in wing form—will compete in a FSU Lord of the Wings competition, Bryan says.