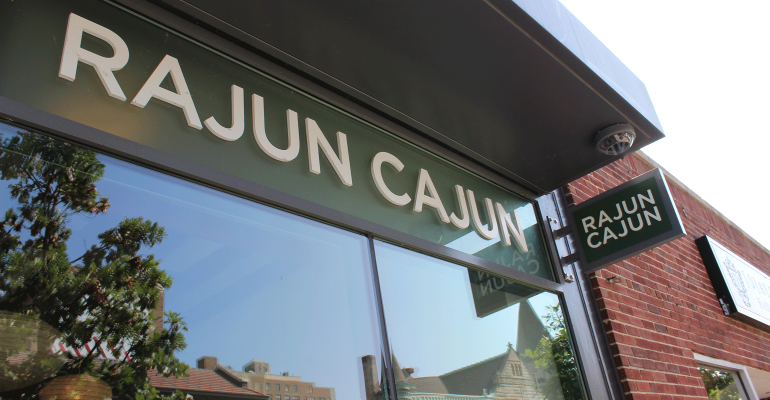 Indian-Southern comfort food mashup wows at U of Chicago

In case you’re not familiar with all of Chicago’s hidden-gem restaurants, here’s some insider info: Rajun Cajun doesn’t serve Cajun food. The “Rajun” (pronounced Raj-JAHN) is from the Indian name for king. The Cajun is a nod to the Southern comfort food that’s the other half of the menu.

Rather than directly mashing together Indian specialties and Southern comfort favorites, Trushar Patel, founder of Hyde Park neighborhood restaurant Rajun Cajun, lets the menu items live as neighbors: Butter chicken, saag paneer curry and samosas are on their own side of the menu, as are fried chicken, collard greens and mac ‘n cheese.

“It’s very neighborhood-specific, but in Hyde Park, it’s well known because they’ve got great word of mouth and such a great reputation,” Kennedy says. 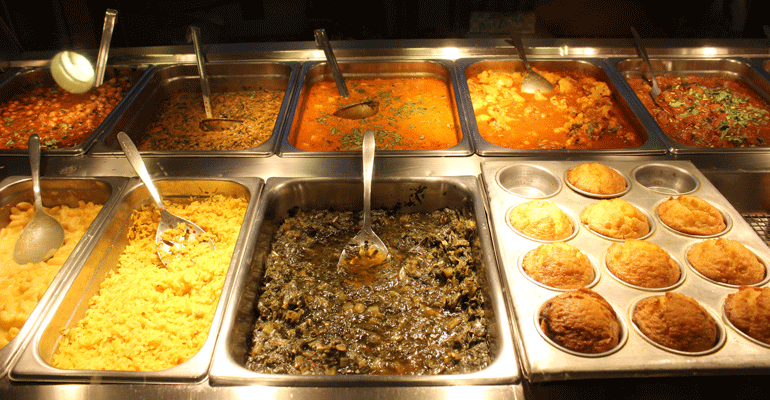 That great reputation—along with great samosas—has led to more than a decade of successful partnership: Rajun Cajun has operated another location at The University of Chicago, helping the foodservice team to craft a blueprint for what it takes to form such a partnership with a local restaurateur.

Kennedy is quick to point out that popularity with students is just one factor that goes into choosing a local eatery to partner with. (The University of Chicago’s foodservice program partners with a dozen local restaurants, whose concepts are sprinkled throughout the campus dining areas, student center, library and other locations.)

Working with local establishments can mean more options for students and more ease of operation for Kennedy and her largely student-run team.

“It’s a lot easier to negotiate and talk if I can send my students down the road to talk to [the restaurant managers and cooks],” Kennedy says. “It’s great training for the entrepreneurial spirit.”

Each restaurant brings food to campus every day, cooked in their respective kitchens. The food is sold on a consignment basis, meaning the university is only responsible for the food that’s sold, so the level of communication is very important. 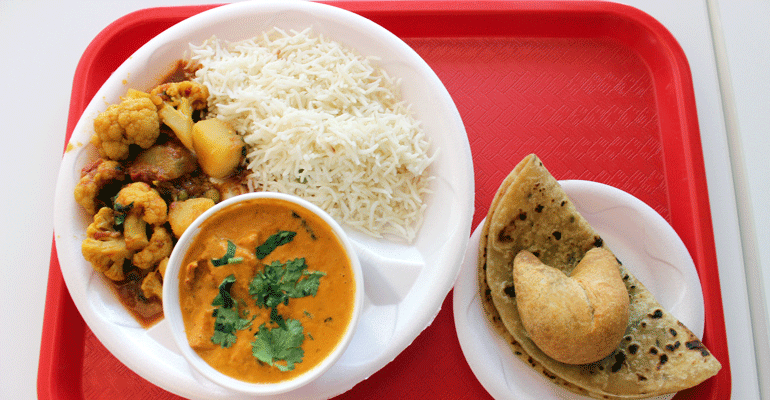 “We want to make sure what’s being offered is successful,” Kennedy says. “[The restaurants] are preparing the food either the night before or in the morning. Everyone knows the restaurateurs. We might say, ‘There’s been a lot more of this item being returned,’ and then we can adjust that.”

Rajun Cajun has continued to work so well on campus not just because the students know and like the food, but because the Rajun Cajun team is also invested in the partnership and the campus community.

“Taking on this sort of endeavor, the biggest thing is finding community partners who are as interested in success as you are,” Kennedy says. “Of course, restaurateurs want to make money, but this is also about their place in the community. Students are either becoming acquainted with these restaurants, then venturing out more into the neighborhood or vice-versa: Finding a great spot over the weekend then finding it right on campus. We’re interested in partnering with those who have a stake in the community.”