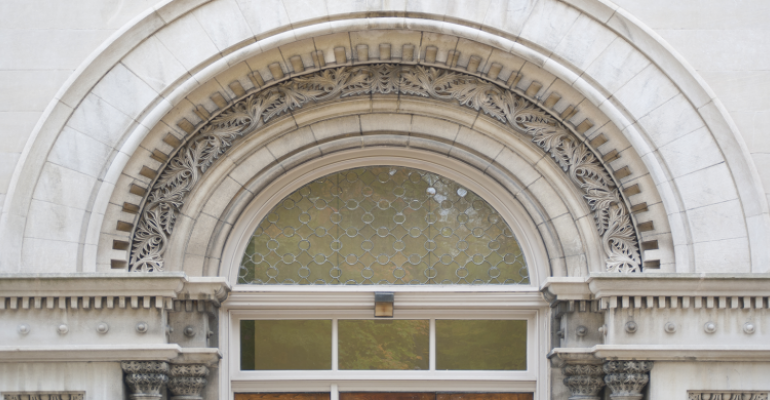 The dining team is partnering with other campus groups to prepare free meals for pickup or delivery for people on campus facing food insecurity during the pandemic.

Rahul Shrivastav, executive director of dining at Indiana University, says it took only four days to coordinate the Emergency Meal Project, a meal pickup and delivery project for graduate students, international students and others in the university community facing food insecurity during the COVID-19 crisis. Meals are free for participants.

On April 13, the first meals went out.

“The catering branch was already working with the Campus Kitchen folks to make sure that students who were facing food insecurity, even pre-COVID days, were taken care of,” he says. “That’s why it was easy to coordinate this, to step into this program and take care of our students who are in need.”

The need is clear. As the campus community shelters in place, the staff has seen requests for food rise along with student unemployment.

Though the dining team is central to the effort, the project does not overlap with the campus meal program that operates during the academic year. Ingredients used for the project are completely separate from those that were in storage when students abruptly left campus.

Instead, they secured food donations through some of their vendors. One, FreeBird Chicken, is donating 1,000 pounds of chicken to the project. The IU farm is donating 20% of its produce: parsley, spring greens, kale and other spring vegetables have been rolling in. As food donations increase, the cost per meal—currently $5—will continue to fall.

The project is also accepting donations to cover the cost of ingredients and food preparation. The College of Arts and Sciences solicited funding and has secured $4,000 in donations, enough to pay for 800 meals. The project has also received donations from individuals through an online funding page that is open for donations.

“Everyone is trying to do the right thing the right way,” Shrivastav says.

The dining team is focused on giving students a choice of nutritious, creative, well-balanced meals. They’ve made lamb sausage with pita, for instance, as well as salmon with pasta, chicken and wild rice bowls, and miso black bean patties. They make sure portions are large.

“It’s a very fulfilling meal,” Shrivastav says. “It can be stretched into another meal or a snack.”

They’re feeding between 120 and 150 students and staff through the project. Participants do not need to qualify. People can purchase food at other locations such as campus convenience stores, which remain open.

Each day, there are two entrée options: a meal based on a conventional protein (Chef’s Choice) and a vegan version of the same dish. One day a participant might choose between pan-fried halibut cakes or miso-polenta cakes. Another day, between a green curry with either chicken or tofu. Versions of hoppin’ John, chili and enchiladas have also appeared on the menu.

Participants are thankful. In an email, one recipient praised the flavor and quality of the meals and said their family intends to use the service again “as we are still in isolation from the pandemic, facing hardships (like so many).”

Chefs David Tallent and Ashley Massie lead the team that’s still cooking on campus. The two plan meals for the project each week. Tallent was instrumental in creating the online ordering system. Massie captures and organizes daily orders on a spreadsheet and relays them to the team based on number of orders per category: conventional protein, vegetarian, vegan and allergen-free. The dining team makes about 40 meals a day. By the end of April, they had made more than 500 meals.

Dining team members working from home are participating in soft skills and technology trainings. All dining employees are being paid—including part-time staff and student employees—through the end of the semester.

About 90% of the participants pick up their meals at a central location. But for those at higher risk, volunteers from Campus Kitchen and interns with IU Food Institute deliver meals. Delivery people are equipped not only with maps and instructions but with personal protective equipment, including gloves and masks.

Most participants will leave campus once the semester is over but they expect a few to stay on. The team will continue to make emergency meals as long as they need to.

Shrivastav notes that this project is one effort among many in the local food community. “Our team is here to do good in whatever way we can.”