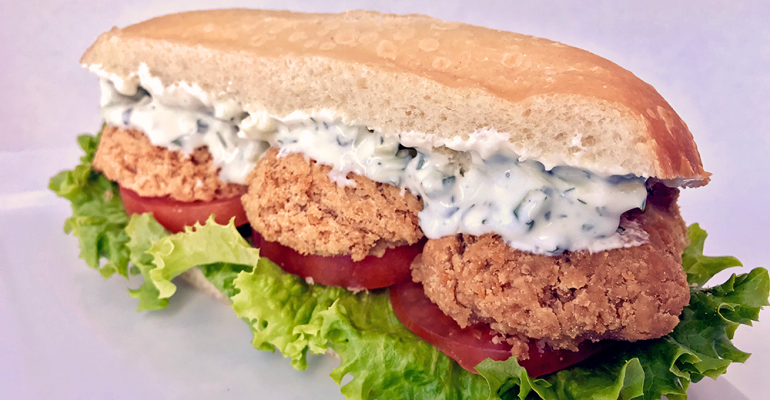 At Loyola, a little bit healthier goes a long way

“Healthyish” isn’t actually a word in the dictionary. But you probably don’t have to look up this trendy term to get a sense of what it means.

“There’s healthier, and then there’s hardcore healthy,” says Loyola University Dining Services Marketing and Wellness Manager Lindsay Winn. “I think a lot of times people say they want healthier. But when you give them completely healthy, they don’t necessarily like it.”

That was the guiding principal when Loyola recently decided to add a second residential dining hall on campus, dubbed Boulder 2.0. The 250 seats in Boulder Garden Café, the main dining area, could no longer accommodate the growing student population and the lines were getting out of control. But instead of replicating the original menu in the new space, Loyola foodservice Parkhurst Dining opted to take the healthyish route. 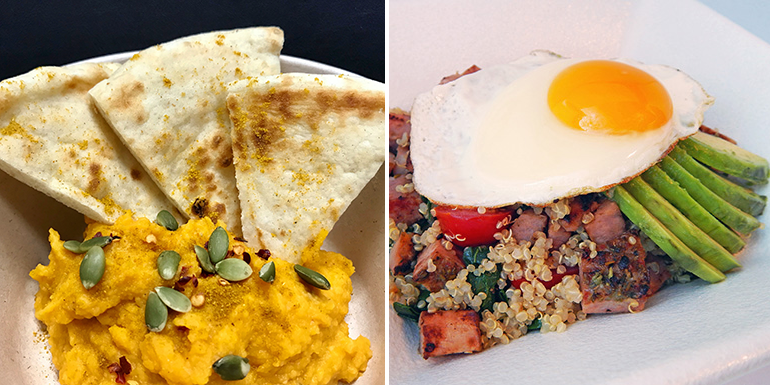 “When we had conducted surveys, we’d gotten a lot of student feedback about how they wanted more healthier options. But we wanted it to still be relatable,” Winn says. That meant finding new ways to serve old favorites. Instead of devoting an entire program to green juices and paleo bowls, Parkhurst focused on creating a menu filled with fresh, local, minimally processed fare. The food would be made largely from scratch and would utilize healthier cooking methods, like roasting instead of frying.

Parkhurst also sought to incorporate more of the food trends that are big with younger customers. At the Sunny Side egg bar, students can get breakfast-inspired meals all day long. That includes standards like build-your-own omelets, along with less expected options like shrimp and cheese grits with a fried egg; quinoa bowls with kale, ham, avocado and a fried egg; breakfast sandwiches with turkey bacon and guacamole; breakfast tacos; huevos rancheros; and the ever-popular avocado toast. The Med Bar, which highlights popular Mediterranean flavors and whole grains, is a fresh take on the typical salad bar serving up a variety of composed salads—including barley, kale,and apple salad; faro, beet and feta salad; and shrimp, asparagus and quinoa salad. There’s also a bevy of dips that go beyond the usual hummus—like curried sweet potato hummus, black bean hummus, and garlic and white bean dip.

But opening Boulder 2.0 wasn’t just about offering lighter options and trendier ingredients. It also meant giving a diverse student body more ways to personalize their food and meet their individual dietary needs. “Making it customizable allows for more flexibility. It’s how this generation eats,” says Winn. Most of the offerings are made to order, so it’s easy for customers to request things like gluten-free bread or no cheese. Some of the other stations go the DIY route. The self-serve trail mix bar offers a range of rotating ingredients like gluten-free cereal, dried fruit, banana chips, nuts and M&Ms. “If you want to add the chocolate to your trail mix, you can. But you can also avoid it,” Winn says. It’s a similar concept at the Chobani Creation bar, where students can top Greek yogurt with add-ins like chia seeds, pumpkin seeds, and fresh or dried fruit.

Parkhurst has spread the word about Boulder 2.0 with traditional marketing tools like physical and digital signage since it opened in fall 2017. But they’ve found social media to be the most effective of all. Two years ago, Parkhurst rolled out a wellness program called Healthy Hound. “Anytime we have a new menu option, we put it out there with the #healthyhound hashtag. We’ve gotten a lot of engagement on the pictures of the food,” Winn says.

Despite basing Boulder 2.0 on requests for healthier options, Parkhurst wasn’t entirely sure what students would think of the food at the new hall. “As soon as you brand something as healthy, there’s this really negative connotation, or that it won’t taste as good,” says Winn. “But it’s been overall really positive. Students have responded that the food is still relatable.” 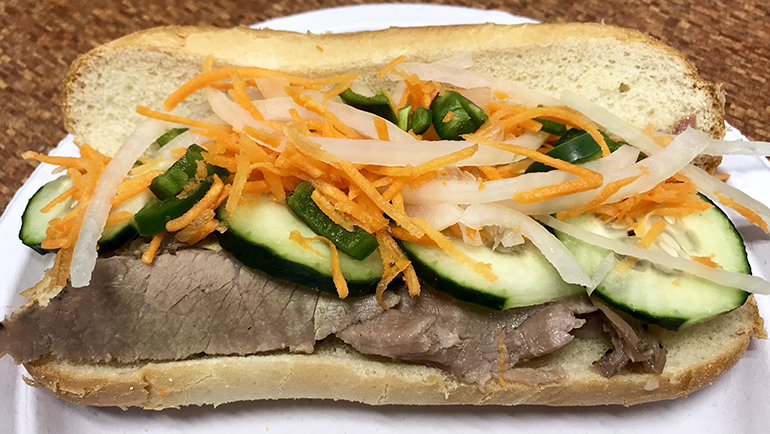