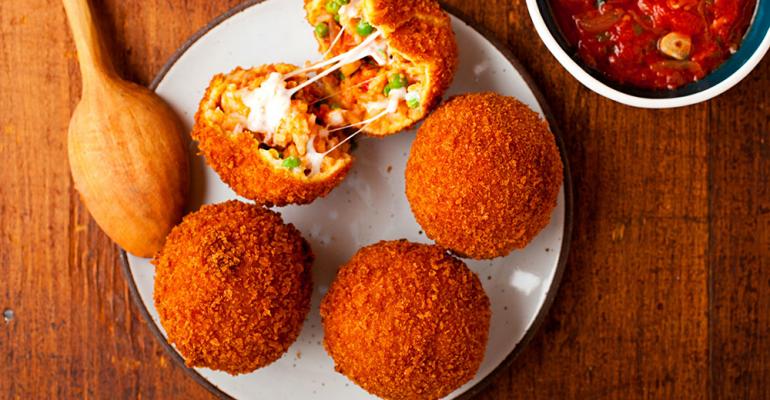 Start Slideshow ›
Overseen by Chef Franklin Becker, this multi-station venue serves both the campus and surrounding community with fare ranging from Southern biscuit sandwiches and Mediterranean specialties to Sicilian pizzas and specialty salads.

Becker is co-founder and former head of culinary development of grocery delivery service HungryRoot, a co-founding investor in The Little Beet chain when he was culinary director for Aurify Brands and has been featured on Bravo TV’s Top Chef Masters.

Occupying a newly constructed space in the Greene Center, Manhattanville Market is a joint venture partnership between Becker and Columbia and is open to both the campus population and the outside community. It operates seven days a week, currently for lunch and through 8 p.m., but breakfast hours, and some additional morning menu items, are slated for September along with an evening extension to 10 p.m., Becker says.

Two of the concepts are new to this location while Buttermilk Biscuit—a partnership with Chef Chris Scott—and Shai are brands already also deployed in Becker’s recently opened ghost kitchen operation in Soho.

Becker says the relationship—his first “for now” with a university—began with an RFP issued by Columbia, and he’s excited by the challenge.

“We’re already drawing tremendous traffic,” he observes. “It’s something that’s kind of unique for Columbia and it’s unique for us, and we plan to service the needs of both the campus and the public.”

Here’s a photo tour of the venue and the menus…