Here’s the kale that was rescued from the landfill for being just a bit wilty and yellow. The hearty greens became part of “ugly kale salad” with apple peel vinaigrette.

Marist student Carly Kolstad, who helped spearhead the zero-waste dinner, made sure she was in on the action with the dining team.

From stale to savory

That bread Kolstad was ripping up in the previous picture magically turned into this savory bread pudding baked with kale, mushrooms, thyme, eggs and Parmesan.

No fresh flowers were harmed for this dinner! Flowers that were past their prime, but still quite pretty, made up the centerpieces.

Apples that don’t look perfect are often passed over, but these guys became housemade cider flavored up with orange peels, cinnamon sticks and cloves.

Natural dyes for the win

Tablecloths and napkins were tinted with dyes made from vegetable scraps. Think of the deep purple color of a beet and you’ll get the idea. The candles, at left, were made from orange peels and reportedly smelled amazing.

Ordinary food scraps make a statement on the table.

Nicaraguan fair-trade coffee grounds were collected and turned into…

These brownies make use of coffee grounds and get a perked-up flavor as a result. 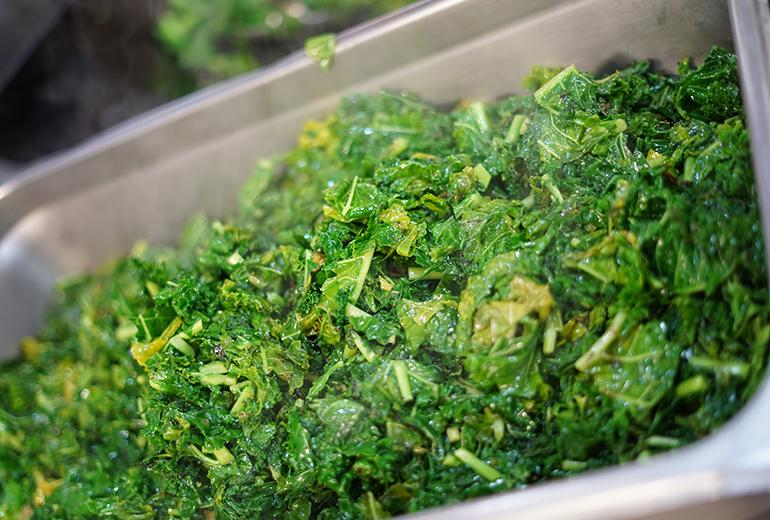