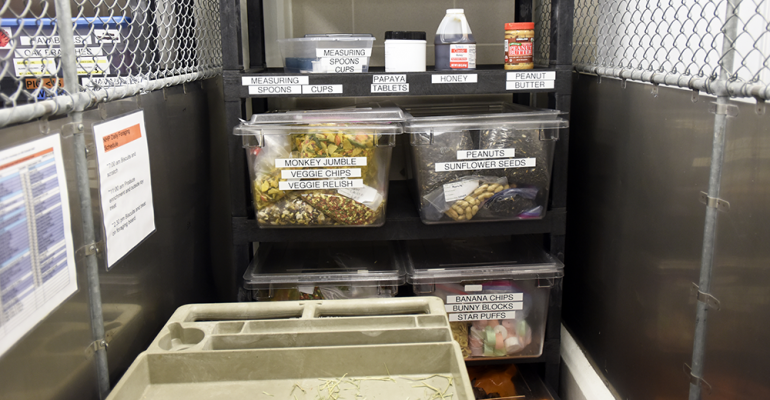 At Baylor College of Medicine, a dining director decided to stop throwing out kitchen scraps and start saving them for the research animals, who now have a better diet.

Inspired by an article in FM, Garrett Lucas, CDM, CFPP, director of dining services at the Morrison Café at Baylor College of Medicine (BCM) in Houston, saw an opportunity to reduce food waste and to feed the research animals at BCM, one of the leading centers for biomedical research in the country. While BCM is technically a college with no patients to feed, it is served by Morrison Healthcare, making it a unique hybrid account.

“I saw this article about Bucknell,” Lucas says. “Later that day, I saw Dr. Buckmaster [Cindy Buckmaster, director of Baylor’s Center for Comparative Medicine] and said, ‘Can I show you and article?’ She said we could do it.” 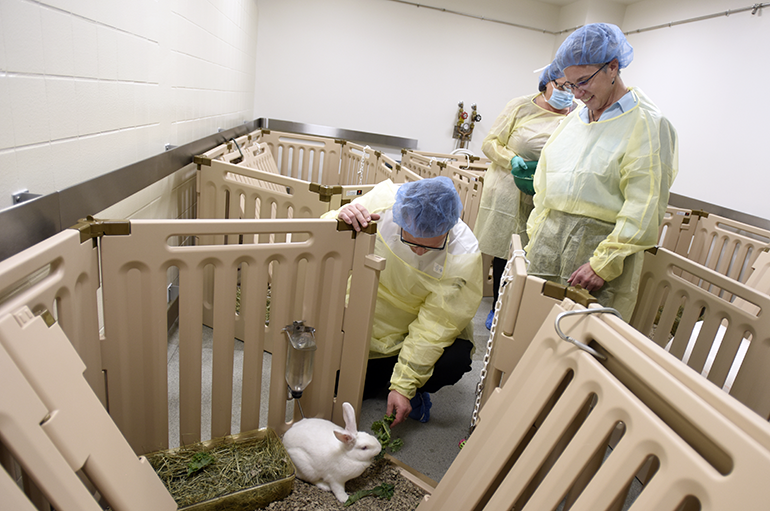 After just two months, the program has already exceeded expectations on both sides. The animals include large livestock, primates, rabbits, rodents and more. Their diet needs are varied, but Lucas and the foodservice team have been able to meet those needs, in turn reducing food waste at the Morrison Café by a whopping 350 pounds per month. 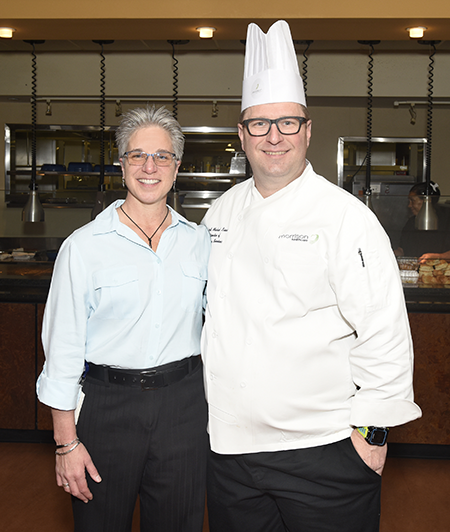 Kitchen scraps for BCM’s research animals are separated and bagged when foods are being prepped. Twice weekly, staff from the Center for Comparative Medicine come to pick up the food. In addition, the kitchen staff also uses big aluminum cans to create “popsicles” for the animals, a real treat.

The cans are recycled afterward, and egg cartons are also reused for smaller foods. Part of the center’s environmental enrichment program for the animals includes a good variety in their diets.

“We’re salvaging as many scraps as possible,” Lucas says. Virtually no scrap is left behind, in fact: onion peels, the tops of carrots, cores of lettuce, cabbage, apples and endive, ugly bananas, orange and pineapple peels, damaged berries and cucumbers, the skins of sweet potatoes, the ends of squash and zucchini…the list goes on.

The staff has been on board with this program since day one, Lucas says. “They’ve been really positive. We explained to staff what we wanted, [i.e., keeping carrots separate from onions] and they got behind it right away.”

The scraps program is saving significant money for the center, which had previously ordered food for the animals from a vendor, but that had meant less variety and flexibility. With the current system, the center is receiving “better quality and less expensive” food, according to Buckmaster (pictured above, with a chef). “Our animals love having a rotating variety of produce.”

In yet another positive outcome, reaching out this way within the campus community has helped to establish Morrison as a true partner with Baylor, Lucas says.

“It’s a fun program for us and it’s worked out really well,” he adds. “It’s the first big project I’ve jumped on with such a big environmental/sustainability piece, and it’s nice to have it work.”