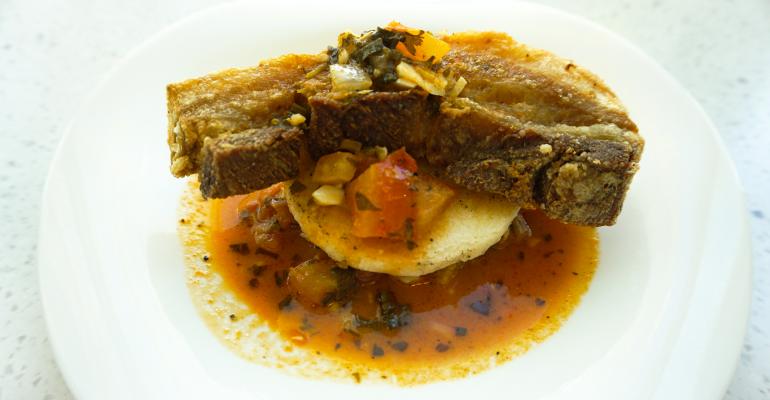 Multicultural pop-ups are a learning experience for students—and staff

U of Miami’s Student Choice series gives the vote to students while bringing new techniques and flavors to the kitchen crew.

This spring, University of Miami (UM) Dining has added a dash of democracy to dining: Students can vote on which cuisine they’re most curious about with Chartwells Higher Education’s Student Choice text-voting platform.

The new series of global pop-ups can be found in a separate room of the Hecht-Stanford Dining Hall. The station is open only Tuesdays and Thursdays, serving meals based on Student Choice votes. Students have four options each week to vote on, each option representing a different cultural cuisine.

Campus Executive Chef Michael Gragg gets to work on the culinary details on Wednesdays, when that week’s voting period ends, creating menus for the following week. Recently, he came up with menu for Paisa, Colombian cuisine. The word “Paisa” refers to a person from the northwest region of Colombia, which includes the Andes Mountains. 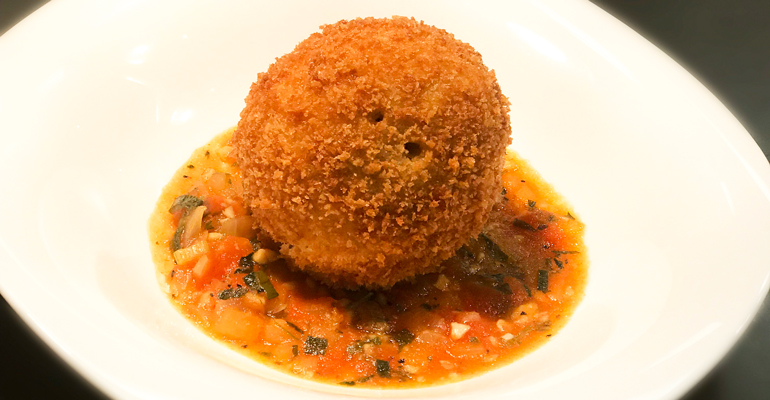 The menu featured papa rellena con aji, which is common in Colombia as a snack throughout the day or as an appetizer for dinner. These savory bites have major comfort-food components: mashed potatoes stuffed with seasoned ground beef, breaded and fried, then served with a spicy Colombian pique sauce to wake it up.

“For every pop-up, we want to keep the menu true to the culture but educational as well,” Gragg says.

The education component actually begins in the kitchen, when Gragg is teaching his team how to make that week’s new culinary adventure, making this program experiential for both guests and staff.

Beverly Jackson, a UM Dining associate who has been working at the university for 20 years, says this station is her favorite area to work because of the new techniques and flavor profiles she’s learning. 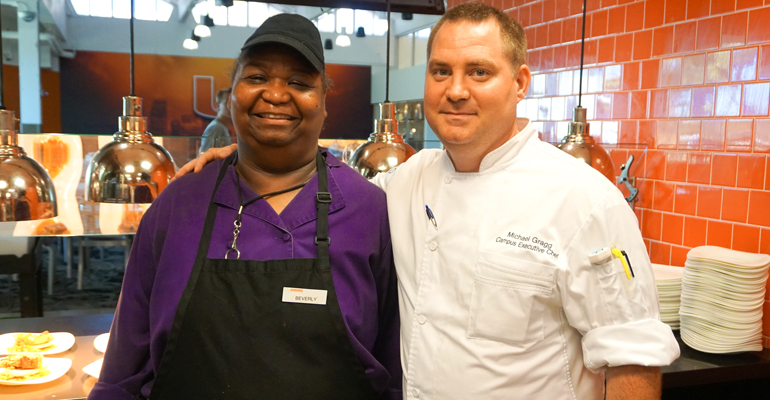 “Chef Michael is a great trainer and I learn different techniques for preparation and plating each week,” Jackson says. “I’m so excited for Tuesdays and Thursdays because of the pop-ups.”

For the Colombian pop-up, Jackson says she was surprised how “different foods work with each other and transform their flavors.” She also got some positive feedback from students who checked out the station. The chicharrones received a lot of praise from students, Jackson says.

The instant gratification of great student feedback makes the extra work worth it for the team, Gragg adds.

“We have the ability to connect with students and faculty through food and we like to bring these different flavors together to create an experience,” he says.

Feeding quarantined students is one of the challenges of today’s campus dining
Oct 22, 2020