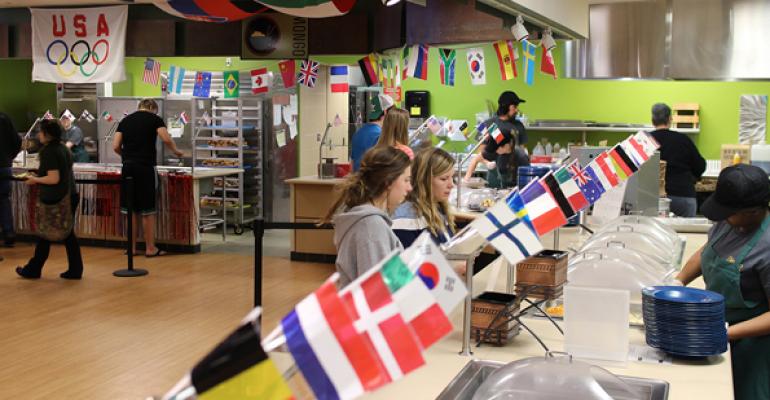 Who doesn’t love the Olympics? That’s what the Northern Michigan University Dining was thinking when it hosted an Olympic Dinner in February as part of its Winter Fest Homecoming events. The meal coincided with the Winter Olympics in Sochi and each dish was inspired by a country represented at the Olympics. Sharon Carey, NMU’s director of dining services, said approximately 2,800 students showed up for the dinner at MarketPlace, the school’s largest dining facility. The cost to students was the same as any meal there, and Carey said plate costs were similar to the normal meal options offered, but that the staff went above and beyond with the decorations.

31 college unit managers and supervisors who made a difference over the past year
Jul 01, 2022