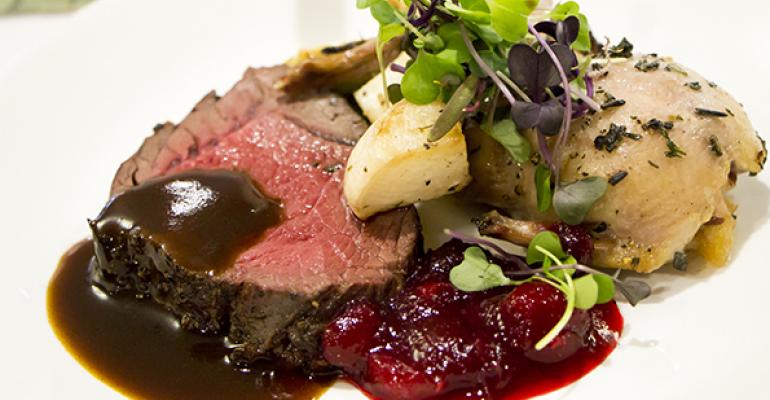 Rutgers students get a taste of school history

A special seminar about university’s nearly 250-year connection with food trends culminates with a special meal.

Rutgers University was founded in 1766, when the British still ruled what were the 13 North American colonies. It is one of nine U.S. colleges whose founding predates American Independence. Reflecting that political connection, Rutgers was then known as Queen’s College (it changed its name to Rutgers in 1825).

Needless to say, campus foodservice at the time was somewhat different than it is today (in fact, it was nonexistent), and that’s one of the issues addressed in a lecture series that traces the school’s history relating to food, from its impact on local production to its work with Campbell Soup Co. on developing canned condensed soup.

The series is one of several being offered over the coming year about Rutgers’ historic role in various research areas, culminating with the celebration of the school’s 250th anniversary Nov. 10, 2016.

The food seminar series geared up Nov. 4 with a special meal prepared in cooperation with Rutgers Dining Services that highlighted foods sourced from New Jersey. Here’s the menu…

Dessert 1: Apple Pie Past (made with hand-picked Pipen apples, an old native cider apple, that gives a sense of what pies would tasted like 200 years ago)

Dessert 2: Apple Pie Present (made from apples cut in wedges from a can, the same as those used for pies served today in the Rutger’s dining halls)