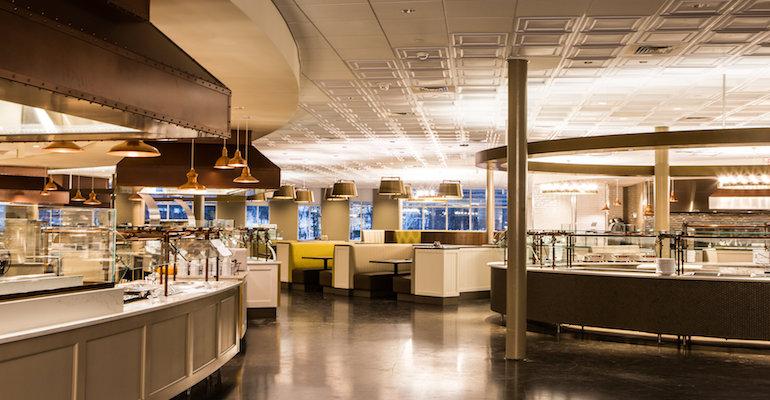 Stories from the front lines: Dining at Mount Holyoke College deals with the present crisis and plans for whatever’s next

A few years ago, Mount Holyoke College in Massachusetts initiated a massive reboot of its campus dining service, consolidating operations in one structure to facilitate more community and student interaction. Ironically, it is that socialization that is now most threatened by the impact of coronavirus as the school’s dining services continues to serve the 300 some students who remain on the campus.

The college halted in-person classes following an extended spring break on March 29 and asked all students who could leave to do so by March 20. Also, the campus closed to all visitors on April 1 and summer programs have been suspended until at least June 15. 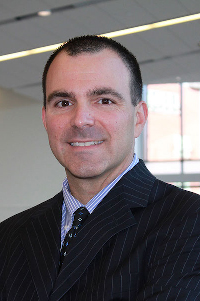 “What we did is shut down all the retail locations as soon as we were asking everybody to leave campus but left the dining commons open. It’s a large 1,000-seat operation with nine different stations and we left four of them up and running while moving towards takeout only. A little later, we also decided we would serve the students as well [instead of maintaining self-serve options], so now it’s takeout and we’re boxing the meal for you so there’s no hand-touching of any kind.

Related: Stories from the front lines: University of Connecticut dining services on communication with students during the coronavirus pandemic

We wanted to service all of our students’ dietary and religious needs, so kosher was to be left open, halal was to be left open and we have a large Asian population on campus, so we left the wok station open, plus the salad station. Also, we went to meal hours, so we’re only open from 7:15 in the morning to 9 a.m. and then we’re open from 11:30 to 1:30 for lunch and from 5 to 7 for dinner, seven days a week. Each of these [stations] basically has their own kitchen within them, so everything is being prepared out front and we’re doing the cooking at each of the individual stations.

Out of 125 full-time staff, we’re down to 65 of them working three days a week. The college made a great decision giving all essential staff hazard or premium pay, so if you opt to work your shift, you receive an additional 25%. So if somebody want to stay home for whatever reason, we allow that and everybody still gets paid for their full 40 hours a week [but if you come in and work you get the bonus pay].

We had a pandemic plan already in place and we also have a lot of conversations with other colleges in the area like Smith and of course UMass about what we’re all doing, what we’re preparing for and what all this is going to look like. We mapped it out that we would probably move towards going with fewer hours and a takeout program and then eventually packaging food. And we’re still having conversations to this day about what could potentially be next, such as, what if our staff members became infected or people on campus became infected, what would this now look like? We have more plans about how we would move forward [in those situations]. The next plan would be that we would close down the dining hall and would have a designated pickup spot for hot meals that are boxed and ready to go for students to be able to pick up. If we couldn’t do the hot box meals, then we would move to cold meals. Of course, all this also depends on what the board of health would require us to do.

Students have really been thrilled with what we’ve been able to do for them under the circumstances. We’ve been getting some very nice feedback about how impressed they are with the quality of the food and what we’re providing and the variety we’re able to give them. The only negative I’m hearing is about the sense of loneliness, the isolation of staying in your room, basically, and the only time you come out of your room is to come and get a meal. We’re actually finding a lot of the students wanting to have sort of lengthy conversations with our staff, and we’re fine with that if we’re able to do it as long the proper distancing is taking place. But we’re seeing that more and more, just this loneliness all around the campus from students.

As told to Mike Buzalka on April 10.