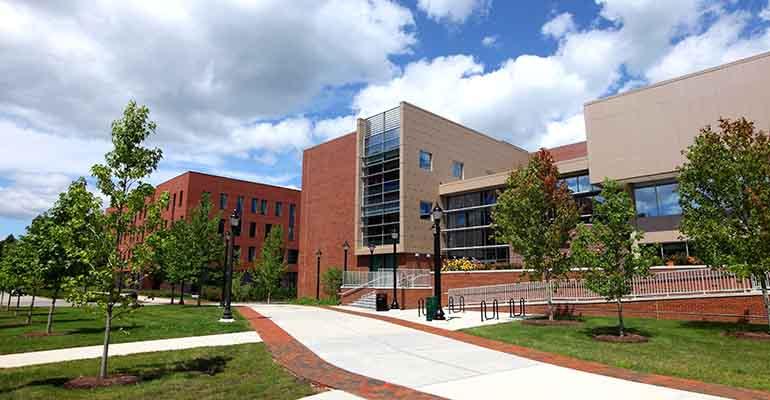 DenisTangneyJr / iStock / Getty Images Plus
Dennis Pierce, executive director of Dining Services at the University of Connecticut speaks with Food Management about his experiences at the front lines of coronavirus.
News & Trends>Colleges & Universities

Stories from the front lines: University of Connecticut dining services on communication with students during the coronavirus pandemic

With most students gone at UConn, Dennis Pierce is still feeding the remaining students takeout meals for free

Dennis Pierce, executive director of Dining Services at the University of Connecticut (UConn), has never left college, working in universities since he graduated himself. At the helm of UConn’s dining program, Pierce and his team went from preparing for students to return after spring break to feeding the only 1,100 students that returned to campus. Typically serving 220,000 meals a week, the dining program has been reduced to under 5,000 meals per week and the population at the school is only getting smaller.

The school was generally more prepared than most as a few years prior, UConn hired an ex general and former aide to the governor in an advisory role who ran the team through drills for any emergency. Well, almost any emergency. 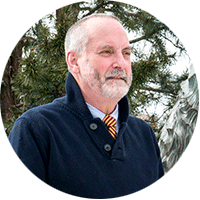 Pierce, left, took time to speak with Food Management about the biggest challenges he’s facing now (Hint: They have nothing to do with feeding students) and how UConn is caring for the dining staff they had to lay off in the wake of the mass exodus of students. Here’s his story:

"The way it turned out was that our students were on spring break starting March 14 and the expected return was the 22nd; the last meal we served was March 13. Mid-week [during spring break], our president sent out an announcement, that based on the guidance given by the governor and the federal government with groups and congregating, there was not going to be a return.

Prior to students leaving for spring break, they were given a message, subtle but cryptic and enough to say ‘we don’t know what’s going to happen so bring home your books and your laptops in case we have to go to online classes,’ which subsequently they did. However, we still have students on this campus.

It’s interesting from my perspective because I never left college. I’ve worked for colleges and universities since I left college, and never in my lifetime have I seen anything like this and hope I never see it again. I have to say that we are very fortunate here at UConn because we have a gentleman that has been in place for two plus years at the university who is an ex general and he was the advisor to the governor of the state of Connecticut for emergency planning. We’ve gone through a lot of exercises through the years and we’ve been extremely prepared.

On the service side, we have one dining facility that’s open and it’s our largest one. We are serving seven days a week, three meals a day. We’re serving to students that are on campus that need to be on campus, somewhere around 1,100. They’re on campus because they either can’t leave and gain re-entry to their country as international students or they live in apartments on campus. We offered them the opportunity to eat on campus at no cost to them and they signed up once they were approved to stay on campus.

Fortunately for us, we have student health and safety on campus that’s providing us with guidelines, and we have an in-house, on-campus health inspector who lately has been living with us. Everything is pre-packaged, you have to stand six feet apart in line, we only let five people in at a time and five people out.

It’s interesting because our department had to lay off a substantial amount of employees [425 out of 450] earlier than we normally do because we typically keep them for the year and lay them off for the summer. In a sense, they are accustomed to this layoff but not for this length.

What we do for them is that’s probably unique to us is that if you’re working for dining services as a full-time employee, one of your benefits is health insurance for yourself. When individuals are laid off in the summertime, normally we cover you during the summertime. Now, we’ve extended it, so they all have their health insurance in place.

[The hardest part] has been communication and controlling communication. Immediately when the students were told that they were staying home, there were a lot of answers that had to be formulated. Things like refunds, what is the refund, what do you refund, what don’t you refund, what’s the percentage, how does that refund apply to somebody, employment compensation, etc. In a school of this size, not only this size but we have branches that include a law school in Hartford, a hospital in Farmington, and so it’s not just the campus but all those questions have to be answered. There are so many specific cases that need to be answered and there’s not a magic wand, you have to look at the individual services they provide and their classification (grad student, undergrad, funded research, work study, federal regulations, etc.). As this is all being put into place, you have a very anxious group, in this case students, who don’t know the answers but want immediate answers, and that’s frustrating.

The other challenge is inventory. We had inventory in freezers that we are now creating recipes and menus based on those ingredients. Immediately, we started working with Foodshare in the state to be able to take our perishables. We also have been giving some perishables to the local school system who is doing pickup for meals for students.

Additionally, when you have vendors that you have relationships with, you have commitments to your orders. So now, you have to go ‘I’ve committed to this and my freezer full of ingredients so what can I do with these items’ while also keeping in mind that there are a limited number of students you’re feeding on a daily basis.

We’re grateful for our employees that are working, wonderful employees. Our employees are organized, they belong to a bargaining unit, and we work collaboratively with the bargaining unit to say ‘who gets a chance to work’ by seniority classification and working through that. If we have to get into delivery services or do have instances where we have to deliver to rooms, we’ll see who the next group of individuals to come into work is.

I think this is going to be the norm [for the rest of the semester]. What’s not normal is now normal and we will be providing this kind of service for the rest of the semester. However, the numbers will be dwindling as far as people who are eating with us because one of the announcements from last week was that all research is suspended. So, some of the people who had to stay on campus to maintain their funding are allowed to leave.”

As told to Holly Petre on March 31.