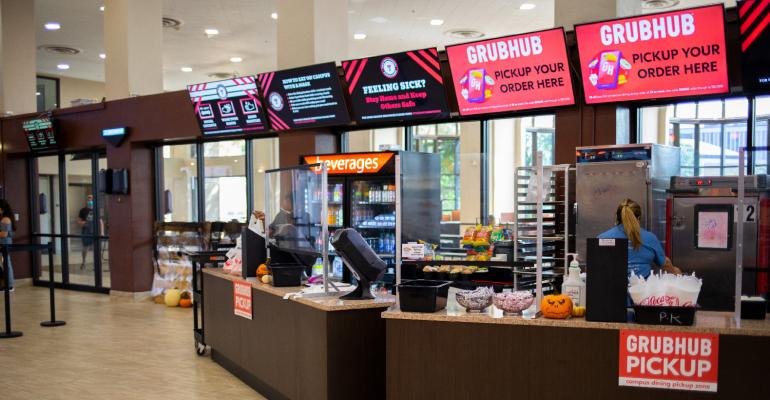 Build-your-own options are on a break, but robot delivery is on its way for the campus dining program.

Like other university dining departments across the country, the team at Texas Tech University had to pivot quickly when the coronavirus swept through this past spring. To accommodate the students left on campus, the hospitality team closed a significant number of their dining locations—notably, eight express grab-and-go kiosks located in academic locations, which depend on face-to-face contact and about half of the ten 10 dining locations in the student union building. This fall, many retail options are still closed.

Once students arrived back on campus, the dining team turned its focus to speed and safety. To help lines run more efficiently at the various university-run concepts, they decided to simplify their menus. This is a heartbreaker for the team, says Kirk Rodriguez, managing director of hospitality services, as the team is proud of customized meals they typically serve through build-your-own concepts on campus, including Asian-inspired hibachi lines, sandwich stations and Mexican food bars.

But they met the moment, with menus that feature entrées that can be made in bulk, such as casseroles, enchiladas and precombined curry dishes. They’ve also pared down options. At a diner concept called West End Grill, for instance, they went from eight burger choices to just three (a hamburger, a double burger or a vegan burger) and cut all six of the specialty burgers from the menu. At 1923, a sub sandwich and flatbread pizza concept, they replaced the build-your-own sandwich menu with six set sandwich choices and omitted the build-your-own flatbread pizza option. Khan’s Mongolian Grill no longer allows customers to choose every element of their meal. And the list of eight sauces is gone. 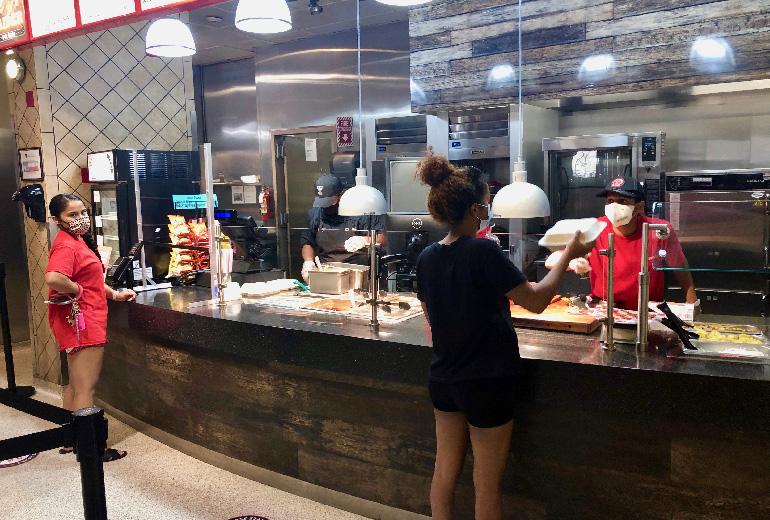 “For speed and for labor, we had to do something different,” says Rodriguez. When personalization is possible again, they’re eager to return to the model. In the meantime, they’re proud of the ways they’ve maintained a variety of choices and created safe spaces for students to pick up meals.

Texas Tech has about 38,000 students; about 8,200 of them typically live on campus. This fall, about 6,700 students are on campus, most taking classes virtually from their dorm rooms. At the start of this academic year, only about 30% of students were attending classes in person. Students who live on campus are required to have a meal plan. 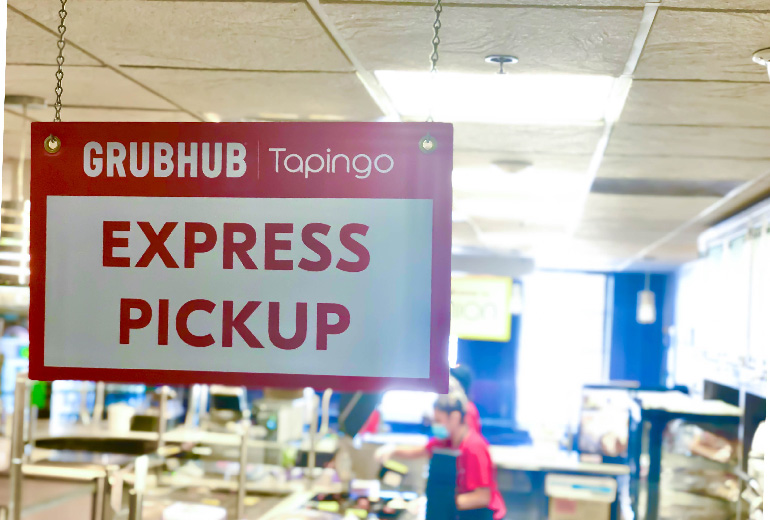 About three-quarters of the 50,000 transactions a day are placed through a mobile ordering app at Texas Tech.

Rodriguez says they’re averaging about 50,000 transactions per day. Right now, about three-quarters of these are processed through the mobile ordering app. This is by design. During certain times of day, food is only available through online ordering, which serves students well since almost all meals on campus are pick-up-and-go.

At the campus’s largest dining venues, restricted in-person dining is still available, but Rodriguez says it’s not very popular with students. Seating is at half capacity with tables 6 to 10 feet apart.

The university usually employs about 1,000 people to run the dining program. Though all full-time and part-time dining employees are still on the job, they have seen a decline in student workers, down to 240 from the 500 they employed last fall. Rodriguez believes the decline is due in part to student caution. To make up for the loss, they’re scheduling more swing shifts and employees are working more overtime and taking on more responsibility.

They’re also making sure operations are safe. The entire campus has a mandatory mask policy and the dining team adheres to safety protocols that include rigorous cleaning schedules and hand sanitation practices. Employees are screened before every shift and sent for a COVID test if they experience symptoms or fail a screening. 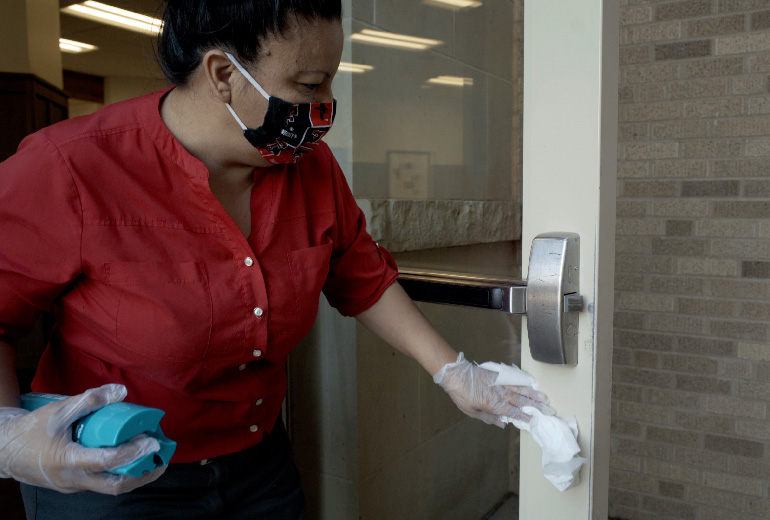 The dining team adheres to safety protocols that include rigorous cleaning schedules and hand sanitation practices.

The staff is adjusting to very different meal patterns. Breakfast traffic is way down—from 20% to 35% of total transactions to about 10%—a trend Rodriguez attributes to different morning schedules for students. (They’re likely sleeping in.) Lunch numbers are slightly down, perhaps because classes are on a staggered schedule. But dinner numbers are high.

“Nothing is traditional,” Rodriguez says.

It will be even less traditional this spring, when they launch a fleet of ground robots to deliver meals across campus, a program they’ve been exploring since before the pandemic. The robots, which look like six-wheeled coolers, can navigate sidewalks, streets and traffic lights and will be available as a no-contact delivery option.

The team is hoping this and the other changes they’ve made help make this unusual, remote school year as convenient, safe and simple as possible for students, especially first-year students who have never experienced college life before.

“This year, it’s been tough,” Rodriguez says. “We want to do everything we can to encourage them.”