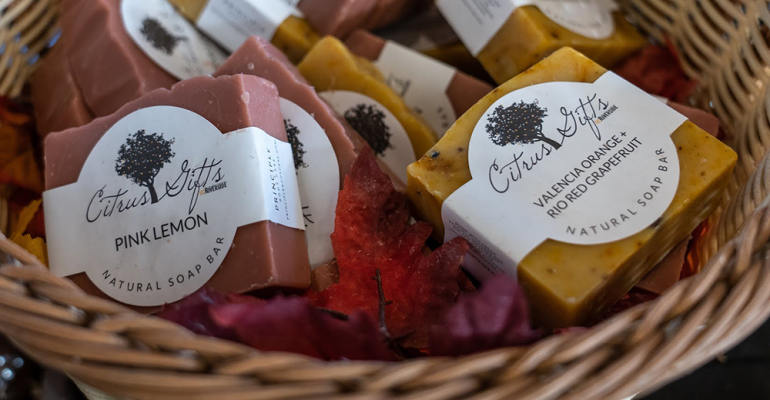 UC Riverside Hospitality Services
Soaps made with citrus and honey from UC Riverside research programs are among the most popular Citrus Gifts products.
News & Trends>Colleges & Universities

Citrus Gifts branded marmalades, olive oils, vinaigrettes, soaps and candies made with citrus and honey raised on the University of California Riverside campus are packed by local firms and sold in campus stories.

The University of California Riverside (UCR) is marketing a line of Citrus Gifts branded products ranging from marmalades and olive oils to soaps and chocolates that are made from citrus and honey sourced from campus research and manufactured by local partners. The initiative, which has been going on for about a half dozen years now, is a way to share the fruits of the university’s research experiments with citrus trees and, more recently, bees with both the on-campus and off-campus communities, says Leslie Gerretse, senior manager for UCR Hospitality Services.

“UCR originally started as a citrus experiment research center, so there’s a very long tradition of citrus research here,” she explains. “Until several years ago, not much was done with the citrus grown as part of research, but then they had this idea to use some of this citrus that was unique to UCR and turn it into products that could be sold and used on campus, and that way everyone could have a little piece of this long tradition of research.” 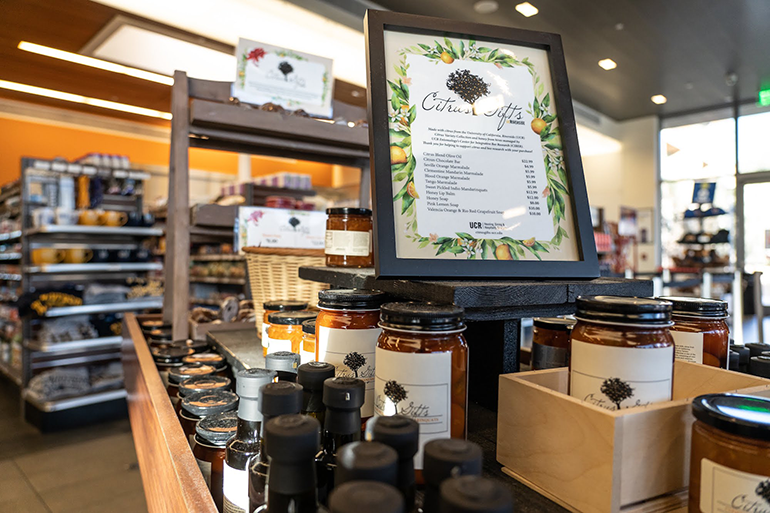 More recently, the idea was extended to honey produced by UCR’s Center for Integrated Bee Research (CIBR), resulting in products such as a honey-infused balsamic vinaigrette.

The various products are made mostly by locally based companies.

“That’s another cool aspect of all this, that we’re able to take advantage of collaborative opportunities with local businesses to create these really cool and unique products to share with our students, staff and community,” Gerretse says. 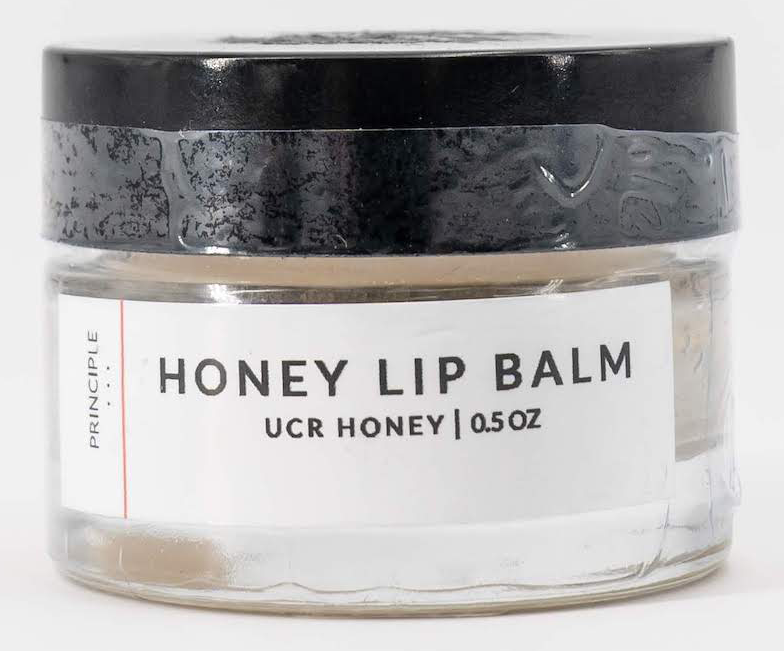 The Citrus Gifts lip balm that was developed in partnership with local firm Principle Body Care.

The partners include an olive oil maker called Lot22, a preserves firm called E. Waldo Ward & Son through which UCR produces a line of lemon and orange marmalades, a health and beauty vendor called Principle Body Care that makes Citrus Gifts citrus and honey-infused soaps and lip balms and a confectioner called Parliament Chocolate with which UCR markets a citron chocolate bar.

Currently, Citrus Gifts products are only available on the UCR campus in two retail locations, but the university is in talks with some nearby off-campus retailers to carry the lines. Lot22, the local olive oil firm with which UCR partners, operates a retail storefront in Riverside that stocked a batch of Citrus Gifts products the week before Christmas last December and sold it out in less than a week, so there clearly is a local off-campus market. “We are looking to expand and make it more available throughout the Riverside community and also to be able to sell online,” Gerretse says.

Over the past year, meanwhile, the focus had been on adding new products, she notes, including a new olive oil with Lot22, all the Principle Body Care soaps, and two new lemon marmalades with E. Waldo Ward. 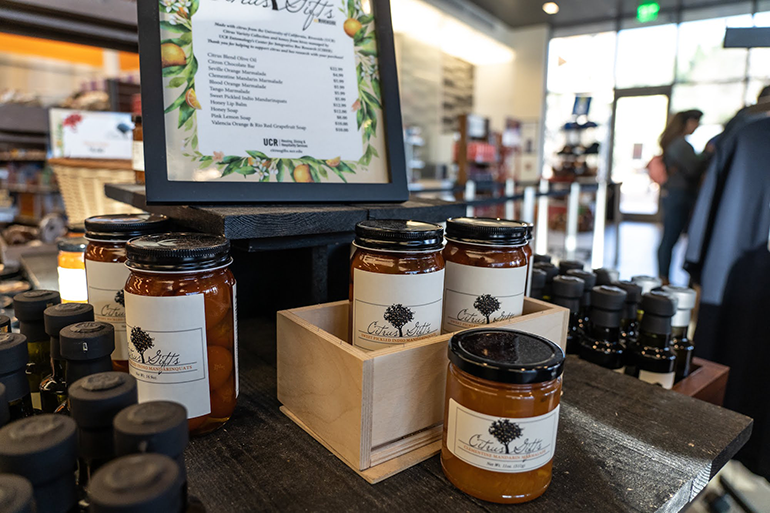 Among the most popular Citrus Gifts products so far have been the marmalades, olive oils and soaps, and “our commitment is to regularly have those products available,” Gerretse says, “but the cool spin is it depends on what citrus research is doing,” explaining that UCR’s research programs develop their hybrid crops in accord with their own priorities, which results in some rather unique varieties such as an indio mandarinequat (a hybrid of a mandarin orange and a kumquat) that is sold in jars in sweet pickled form and will be the base of a signature barbecue sauce at a planned new campus restaurant called the Barn.

Research-developed products are also incorporated in campus dining menus and in dishes such as the citrus marmalade chicken and salmon dishes menued this winter by the school’s own Citrus Grove Catering unit.

“This is really popular among our campus catering clients because it highlights the work and collaboration we have ongoing at UCR,” Gerretse says.