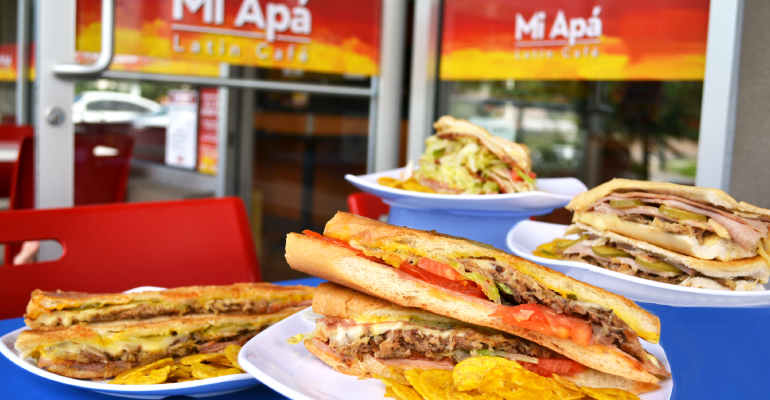 In Gainesville, local restaurant Mi Apa has been a longtime destination for Latin food, voted year after year as the city’s best during 17 years of business. The success has been translated into a college sandwich concept at the University of Florida (UF), where the foodservice team has partnered with Mi Apa to offer a succinct menu of the restaurant’s most truly succulent sandwiches.

“It was a tough decision because every sandwich we have is delicious, but we narrowed it down to our four most popular sandwiches,” says Micah Baumstein, operations manager of Mi Apa Latin Café. “We wanted to make sure that what we’re offering at all the UF locations was going to taste just as good as it does coming from our restaurant. We use fresh, high-quality ingredients, so our sandwiches are going to taste good no matter where you buy them. So it just became a decision of which sandwiches do students and faculty want the most?”

Read on to see the four sandwiches that made it onto the menu of the Mi Apa concept at UF.