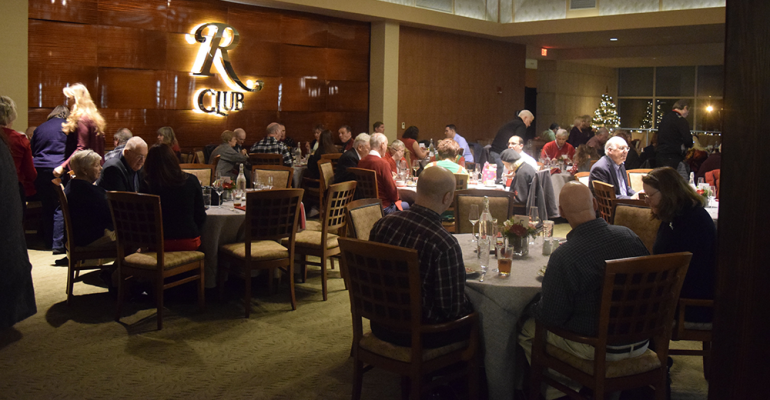 The new Rutgers Club is at the center of campus activity and boasts an impressive bar.

Campus communities are often strengthened by the vibrancy of their university clubs, where members come together to share food and drink. Rutgers University in Township, N.J., had been operating the Rutgers Club in a historic house on the edge of campus since 1957. While it had its loyal customers, it was under-used, often overlooked and due for some major upgrades. Yet considering the university’s plan to demolish the house in upcoming development plans, Rutgers Dining chose to relocate the Club to a more central location on campus where it could bring foodservice up to speed.

The revamped Rutgers Club, which opened this past September, occupies the second floor of Livingston Dining Commons, right next to the bustling business school and basketball arena. “We decided that this was the perfect location because of the foot traffic and as it was formerly a faculty dining lounge, it already had a full kitchen,” says Nick Emanuel, director of operations, Rutgers Dining Services. “All we had to do was add a bar to it.” 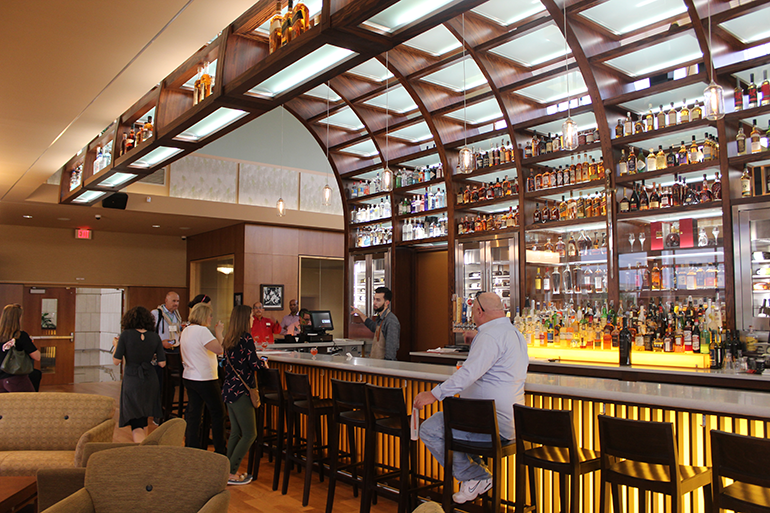 While anyone can dine at the Rutgers Club, a membership is required to reserve a private room or to buy and drink alcohol – as required by state liquor law. “We have different tiers of memberships for students, faculty/staff, alumni and friends of Rutgers,” says Sebastian Nieto, the Rutgers Club manager. “And of course, you have to be 21 or over to drink at the bar, which is the only bar on campus.”

The bar, the focal point of the space, features high shelves that curve in an arch toward the ceiling. “We went for the wow factor with these really high shelves that display our vast spirits that are accessible by a wooden ladder. Each shelf has lighting so the bottles really glow,” says Emanuel. “We worked with architects who have done a lot of spaces in Las Vegas and Atlantic City. The shelves are very stunning, especially at night, but they are also very functional as we don’t have a back-of-house space for inventory at this location.”

The bar has a variety of seating including bar seats, fireside tables, booths and farm tables. The adjacent dining room has seating for 120 and there’s also a patio with 40 seats and three private rooms available.

While the Club is open throughout the day for private events, the restaurant is otherwise open for lunch and dinner. Entrees include upscale American fare such as a house-smoke brisket sandwich; pumpkin mascarpone ravioli with sage, parsnip and maple cream; seared duck breast; and braised short ribs. Meanwhile the bar menu includes smaller plates such as meatballs with a blood orange marmalade, grilled octopus and housemade porcini gnocchi.

All beers on tap are local New Jersey beers with a few having connections to Rutgers alumni. “It's great to be able to feature Rutgers people and serve their product with pride,” says Nieto, adding that Rutgers’ art students’ work is on display at the Club as well. 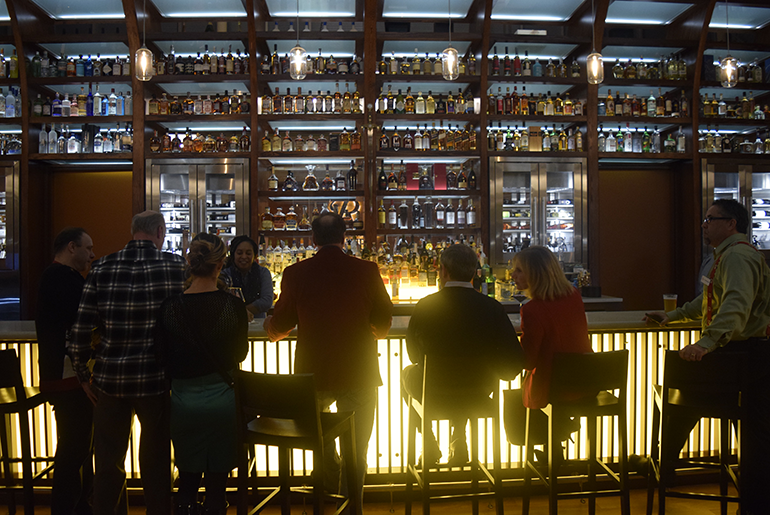 The Club really gets busy on the nights of basketball games, which are held a short walk away from the Club. “We sometimes extend our hours on those nights if we think people would like to come back after the game,” says Nieto. “We also offer parking at the Club as well as a one-minute ride to the arena by golf cart to let guests skip the walk over.”

The Club is also well-used in connection with the nearby business school. “We had a conference of CEOs with the business school,” says Nieto. “They love to showcase the Rutgers Club. When they bring their high-profile guests to speak to our students, this is the place to entertain them.”

On Monday nights, students on the meal plan can enjoy a prefix menu at the Club to have a more restaurant-type experience as one of their dining options. Other events include holiday singalongs with a live piano player, a Valentine’s Day dinner, a Spanish wine and tapas event, a bourbon and Jazz night and a Celtic pub night around Saint Patrick’s Day.

The new Rutgers Club has been so successful that it has triple the business of the former space with a growing membership of about 1,300. “Our lunchtime holiday buffet became so popular that we had to extend it for the whole month,” says Nieto. They are also increasing their staff of servers, 90 percent of which are current Rutgers students, and chefs to keep up with demand. “It’s a good problem to have,” says Emanuel. 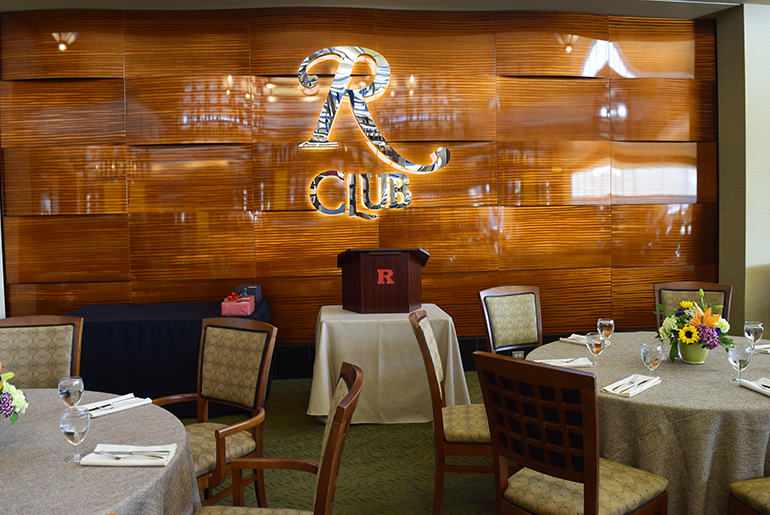