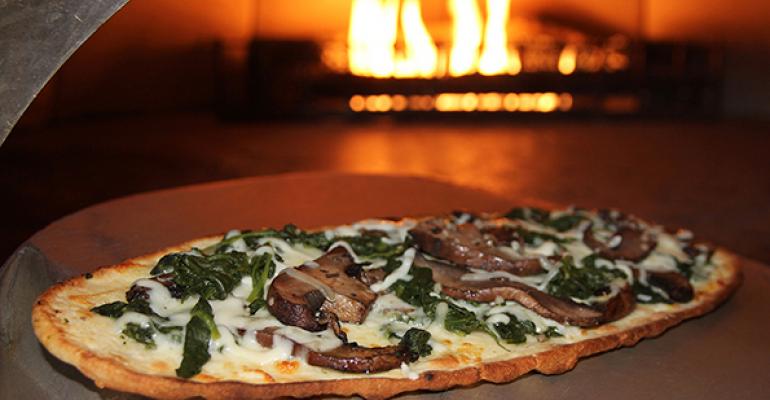 Spinach worked for Popeye…and Villanova too. The school’s Café Nova Spinach and Mushroom Flatbread prevailed in the finals of FM’s March Madness College Food Bracket, which wrapped up this week.

Villanova’s flatbread bested the Brella’s Crunchy Chicken Cheddar Wrap from the University of Kansas to cap the eight-team tournament, which featured menu items in which fans voted online to determine the winner in a series of match-ups.

When round two came around, things heated up even more. Kansas came out ahead of Wisconsin with 52 to 48 percent of votes, and Villanova routed Gonzaga with 63 to 37 percent of votes.

Villanova then rode that momentum to a 68-to-31 percent victory.