Why celebrating indigenous foods is delicious at Northern Arizona University 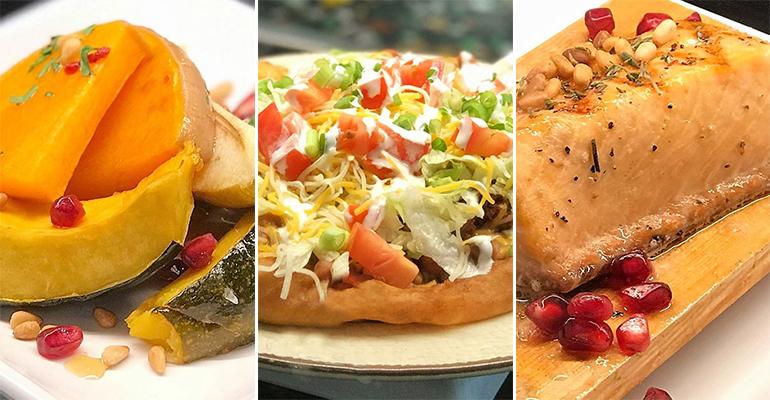 Start Slideshow ›
Sodexo Chef Chris Mahler and the dining services team get to know the ‘three sisters’ for wintery feast with corn, squash and beans and other traditions of the native peoples of the American Southwest.

The Sodexo dining team works closely with the Office of Indigenous Student Success and the Native American Cultural Center for special events that celebrate indigenous foods. Most recently, bison indigenous tacos, agave-glazed cedar plank salmon and three sisters soup were on the menu.

“I chose the three sisters soup—containing the trinity of corn, squash and beans—due to their symbiotic relationship with one another, creating nutrient-rich staples with long storage capability,” Mahler says. “The beans provide nitrogen for the corn and squash in arid, nutrient-depleted soils.”

Food is considered “the great connector,” Mahler adds, though connection itself has proven challenging in the face of the coronavirus pandemic and the need for distancing protocols. But Mahler and the rest of the team are making it work with cool events like these.