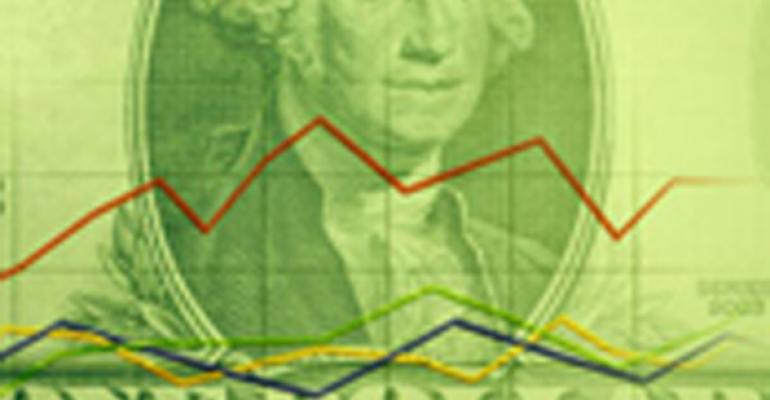 Clients often find that the line between a B&amp;I dining operation that is self-supporting and one that is not can be wide, gray and blurry. Here are some of the factors that need to be evaluated.

As companies shrank their on-site populations in the 2008-10 recession, the trend increasingly has been for them to let more employees work from home and from other remote sites. That has affected the financial viability of their employee dining services, with the result that in many cases their financials have sunk below the break-even level.

At the same time, other companies have increased head counts, resulting in profitable dining operations where red ink once flowed.
Where’s the dividing line between profitable services and losers?
When should a company expect to subsidize its food services, and when should it expect its dining services to be profitable for the operator – assuming that the operation is efficient, that meal quality is good and that marketing, merchandising and promotional efforts are effective?
The line is there, but it’s not bright, red and narrow; it’s wide, gray and blurry.
The basic divider between a profitable and unprofitable operation is population: having about 800 to 1,000 people on-site is a general rule of thumb that indicates an operation can usually make the grade..  A population much below 800 won’t generate enough revenue to support a full-service employee dining center.
But other factors contribute. Among them are:
Pricing: A company that wants its dining service to be an employee benefit, rather than just a convenience, can’t expect the operator to underwrite low prices that generate a food cost over 50% of sales.  The price structure has to yield a food cost of 35% to 40% of sales – a level close to “street” prices – in order leave enough revenue to cover labor and other costs and still generate a profit.
Labor Cost: That’s the other major factor.  A large facility, requiring too many people to staff, drives up labor costs.  This often happens when a facility has been designed for a greater population than actually exists is on the premises.  Short of redesigning the kitchen and servery, there isn’t much that can be done to bring down labor costs, except by closing some service stations and limiting the menu, which doesn’t help convey the message, “We’re open!  Welcome!”
Another factor affecting labor cost is the hours an operation is open. An employee café that must operate during hours of low volume, such as late afternoon, evening or overnight, usually won’t be self-sustaining at any price level that employee-customers will accept.
Catering: If the volume of catering business is good – and it can be priced profitably – the dining service can be self-sustaining, even if the employee café is financially marginal. Also, if the location is right, such as in a multi-tenant office building or office park, a client can sometimes help keep dining service profitable by permitting the operator to promote its catering services to other nearby companies and community organizations, thus getting better utilization of labor and facilities.
Other Services: Most food service contractors offer vending and office coffee services, both of which have healthy profit margins.  If either or both of these are substantial enough, a break-even or marginally losing café can be sustained. For example, in large manufacturing plants running two or three shifts, the employee café usually operates at break-even or a loss. High-volume, very profitable beverage and snack vending can often offset the loss and make the combined operation profitable.

A food service management company isn’t – and tries hard not to be – a non-profit organization. To remain in business and prosper, it must generate a profit on each of its locations, including enough to cover its cost of supporting the service. On average, the company needs about five percent of sales (more at small locations) to cover its “general and administrative” costs—the district manager, other field support services, accounting, HR, payroll processing and a share of corporate overhead.  Above that, it needs to generate between about three and five percent of sales as in-pocket profit.
Most contractors have a minimum return that they must realize from even their smallest operation, because most of their costs are relatively fixed. The district manager and regional vice president earn the same salaries whether they’re supporting a unit serving 300 or 3,000 employees. For a large regional or national company, this is about $50,000 to $60,000 a year, generated through a combination of fees and indirect income.
There are some exceptions to such rules of thumb. At a company with multiple locations, where some are large and very profitable, a management company will usually agree to operate the smaller sites at a loss if its total profit from the entire package is satisfactory.
A company with a small workforce has an option beyond the conventional food service contractor. Some successfully engage an independent local operator to provide foodservices. Such an individual will operate the dining service for his/her own account, and maybe one or two others as well. The individual may have virtually no overhead costs and be satisfied to earn the equivalent of a manager’s salary plus a little extra, about the same as operating a small restaurant.

Another option gaining traction is the use of a "compact café" supported from an off-site commissary. This was a fairly common service in the 1930s through ‘50s in big cities. For example, a company called Office Canteen operated such units in some 100 offices throughout New York City. It went out of business in the 1960s as traffic congestion and regulations strangled its delivery schedules, and its customers—for the most part, Wall Street firms, law firms and others—converted to full, on-site dining operations. Office Canteen suffered the same fate as Horn & Hardart, whose legendary, commissary-based Automat cafeterias once dotted Manhattan.
Today, some companies with vending commissaries are starting to bring the compact café format back, primarily in suburban areas, where traffic is less of a problem. They sometimes are able to install or rehabilitate an on-site café with no kitchen. Foods are prepared or semi-prepared at the commissary and delivered daily. At the café, a handful of employees (two to four) finish preparation, cook to order and offer pre-packed items such as sandwiches, salads and desserts. Because there’s no real kitche, these require only about half the staff a comparable full-service café would need.
Of course, there are drawbacks.  Menus are less extensive and have to be less specialized because only a limited number of items can be offered from a commissary that may serve a dozen or more different kinds of companies. The ability to do catering, especially on short notice, is limited.
A company and its food service operator have to plan carefully and take these factors—and others that may be unique to its own situation—into consideration when deciding whether a dining service can stand on its own or needs the company’s subsidization for financial support.
Tom MacDermott, FCSI, is President of Clarion Group, a consulting organization specializing in dining and hospitality services.
TAGS: Top 50 Contract Companies Business & Industry Management
0 comments
Hide comments
Recommended Reading