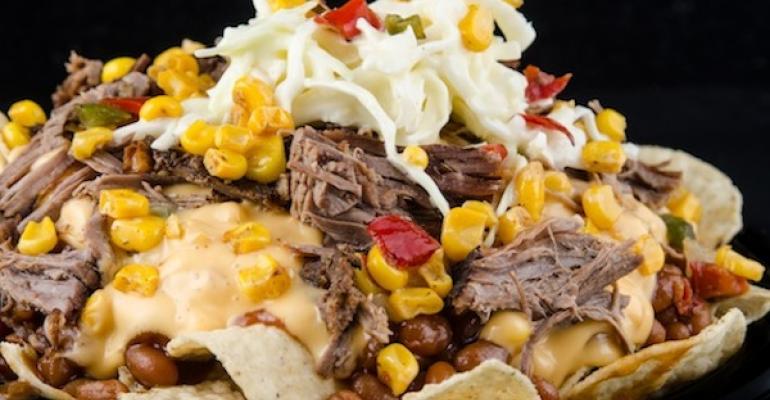 Aramark is firing up Kauffman Stadium’s barbecue grills for the 2012 Major League Baseball All-Star Game, to be held July 10th in Kansas City. A team of chefs led by Aramark’s executive chef at Kauffman Stadium, Erin Wishon, has worked since January to create an All-Star menu that features the distinct flavors of Kansas City, but stays true to the ballpark classics.

In the city known for barbecue, Wishon’s team will smoke all barbecued meats at the ballpark, some for as long as eight hours.  Wilshan estimates they will smoke more than 5,000 pounds of meat, including 2,400 pounds of brisket, 1,800 pounds of pulled pork and more than 600 racks of ribs, and use 650 gallons of barbecue sauce over the course of the weekend.

The Royals All-Star Barbecue stand, located in right-center field, will serve up a portion of that barbecue, and also features fan favorites like barbecue sandwiches, burnt ends (flavorful pieces of meat cut from smoked brisket) and a variety of side dishes. Other barbecue highlights from Kauffman Stadium’s All-Star concessions menu include...

“Few regions of the United States are as defined by their local cuisine as much as Kansas City is defined by its amazing barbecue,” says Wishon. “We’ll have fans visiting from across the country and we want to show them what Kansas City is all about—delicious barbecue!”

In addition to the special All-Star barbecue menu, new food additions to the Kauffman Stadium lineup this season include...

Urban Wok: Egg rolls, crab rangoon and other Asian food offerings are available at the Urban Wok, located at section 239 along the first base line on the Field/Plaza Level.

Budweiser Patio: Anheuser-Busch and the Royals unveiled the new Budweiser Patio atop Rivals Sports Bar on Opening Day.  The patio features a variety of food and beverage choices and is equipped with an awning to protect fans from the sun and elements.

Also, the Dugout Doghouse stand, featuring seven uniquely topped hot dogs, is expected to be a fan favorite. Of the 40,000 hot dogs expected to be sold during the weekend, many will be specialty dogs like the Royal Bacon Blue Dog and Kansas City Dog (an all-beef hot dog topped with Swiss cheese, grilled sauerkraut and Boulevard Pale Ale Mustard).

All-Star visitors will also enjoy local favorites, such as craft beers from Boulevard Brewing Company and frozen custard and other sweet treats from Sheridan’s Lattes and Frozen Custard, in the ballpark.