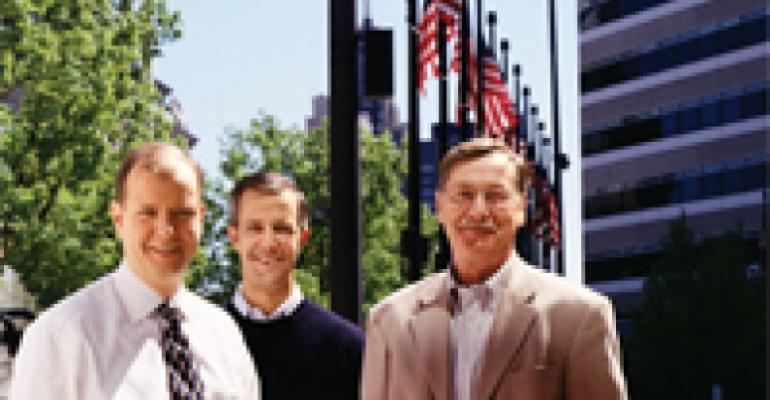 What do old-fashioned paddle-wheel steamboats and ultra-modern sports stadiumshave in common? A need to provide the best possible food and customer service.

When Delaware North Companies (DNC) announced last month that it would be purchasing the assets and business of the Delta Queen Steamboat Co., no one should have been surprised (for more on the deal, see sidebar).

While Buffalo-based DNC is known mostly for operating concessions at sports stadiums and national parks and managing retailing at airports, Delta Queen’s riverboats are a natural extension of its capabilities, and their purchase signals a new aggressiveness by the company to expand into segments that complement its core businesses.

“We are evolving into broader aspects of the service business,” declares Chairman/CEO Jeremy Jacobs, Sr. “We’re not leaving one in favor of another, but we’re adding to them.” Jacobs notes that the recently purchased riverboats are similar in their day-to-day operations to what DNC’s Parks Services division already operates, “except they’re on water.”

“Lou and I have extracted ourselves from the daily operating side of the business to focus more on the strategic opportunities that are before us,” explains Jacobs, Jr. “There is now the ability in the organization to literally enter new businesses like the riverboats without disrupting the overall efficiency of the company. I think what can be expected as a result is a more aggressive approach to how we think strategically.”

With the two initiatives, DNC embarks on a new chapter in an already long company history, one that began with supreme modesty in 1915 when three brothers—Louis, Marvin and Charles Jacobs—began selling peanuts to theater customers in Buffalo.

For most of its history, DNC has ridden American society’s expanding appetite for leisure, recreation and amenities, from those original 1915 theater patrons to today’s customers at ballparks, national parks, racetracks and even airports (where shopping and foodservice are practically the only “recreation” available).

The soundness of DNC’s strategy has been validated in the last few decades by an explosion in leisure spending in thiscountry. Despite talk of “overworked Americans” and “declining leisure time,” per capita recreational spending in the U.S. (adjusted for inflation) ballooned from around $500 in 1970 to $1,650 in 1995 (the latest figures available).

DNC’s sales continue to soar along with the cultural tide, up 33% in just the past five years, with no significant acquisitions.

DNC initially grew through aggressive expansion into a wide variety of businesses, often through acquisition. However, acquisition-fueled growth was curtailed in the 1980s, when the company decided to consolidate into a few core businesses. In fact, until the recent steamboat deal, the last major segment DNC entered was public parks, almost a decade ago.

The recent restructuring signals a return to a more orderly version of its former aggressive growth strategy by providing a template for controlled expansion into related businesses—such as riverboats. It’s also designed to facilitate the nurturing of organic growth through internal synergies.

“We don’t think of the company in terms of seven operating divisions any more,” says President/COO Richard Stephens. “Rather, we have two clusters of related businesses that can provide more flexibility.”

The FleetCenter arena remains independent of the two groups (see sidebar). CEO Jacobs also personally owns the Boston Bruins of the National Hockey League, but his ownership is separate from DNC and not reflected on its books.

“The Contract Services units are contract-based, percentage-rental situations where operating with financial control is paramount,” explains Stephens. “They are lowmargin businesses that need considerable attention to cost controls. On the other hand, gaming and some of our parks—and hopefully the Delta Queen—are much higher margin businesses that require a much wider array of services. They have more leeway for imagination—and for mistakes.

“I think that the temperament and characteristics of the management of the contract service businesses may need to be a little different from what they are in the other businesses,” Stephens adds. “Its pretty hard when you have a one or two percent bottom line at an airport or arena to encourage your managers to take imaginative risks.”

Another advantage of the new structure is that it allows the company to explore strategic expansion by providing a flexible template into which complimentary new businesses can be fitted.

“When the Delta Queen opportunity first surfaced,” Louis Jacobs says, “the initial response was, ‘Okay, reservation system, hotel rooms, entertainment, foodservice—we do all that stuff, we just don’t do it on something that floats yet.’ So the leap from what we do to the new business was not vast.”

The gambit is yet another sign of DNC’s willingness to stretch its core competencies to find new growth areas. The possibilities are as boundless as Americans’ appetite for leisure.

“We were a contract services company,” suays Jacobs, Jr. “We evolved with the addition of hospitality and recreation. Who knows what the next generation will bring. With the riverboats, we may find we’re great maritime operators. What’s happening is that the skill sets and core competencies that evolve as we expand from one business to the next give us the comfort to go into other businesses and change the face of the company.”

Take a photo tour of the new dining program at Mary Free Bed Rehab Hospital
May 04, 2021