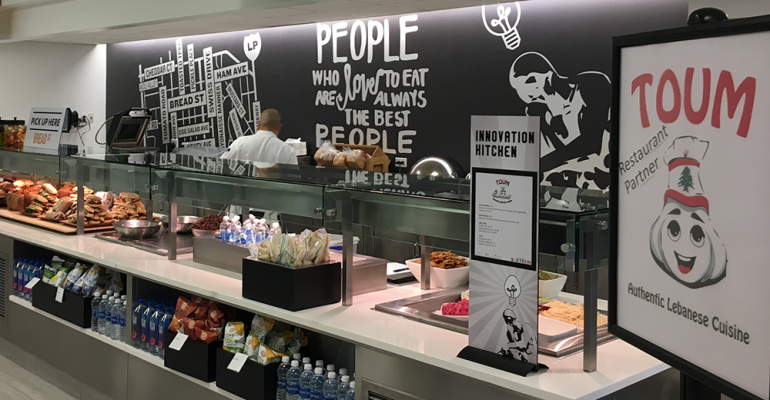 Restaurant Associates had been operating the café inside the AIG building in downtown New York City for six years when it noticed participation had begun declining in the face of the eatery’s aging and the growth of alternative dining spots on nearby streets. A thorough review produced a refresh proposal presented to the client last fall.

The result was the debut of the renovated Café Sixteen this January with innovative and creative food programs that incorporate traditional favorites, health and wellness initiatives and vegetarian/vegan friendly dishes at each station. They produced a 26 percent increase in participation, a sales uptick of 34 percent and a check average boost of $1.09. Two pre-existing stations that received new menu concepts and station designs have increased 37 percent in daily participation and 42 percent in daily check average.

Café Sixteen caters to a building population of around 2,200 for client AIG, a multinational insurance corporation that operates in 80 countries and jurisdictions around the world.

Here’s a look at some of the highlights.