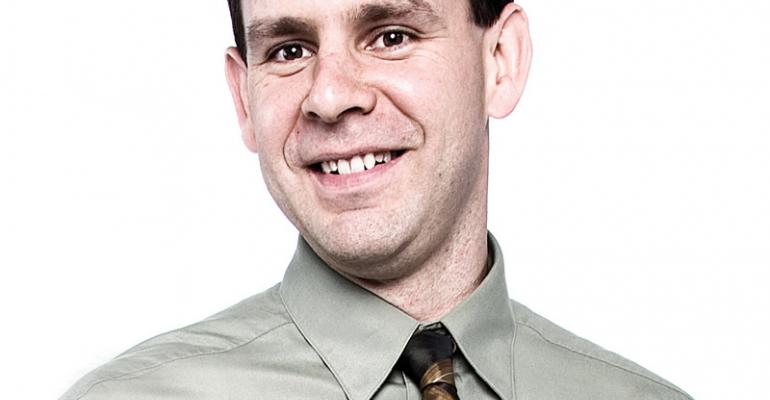 Don't Be Shy Telling Your Story

Editor Eric Stoessel wonders how the onsite foodservice community can do a better job promoting itself to recent grads and young employees.

“When I was at the Culinary Institute of America, if you told me I’d be an executive chef at a hospital, I’d have said you were crazy,” said Timothy Gee, executive chef for Robert Wood Johnson University Hospital. But there was Gee, alongside three other CIA grads, all saying the exact same thing during a lunch-and-learn session at the AHF conference in June. They’re not alone.

I had a similar conversation with another Hyde Park grad during the Theodore Minah dinner at NACUFS’ annual conference last month. Penn State Corporate Executive Chef Bill Laychur left high profile restaurant gigs in Myrtle Beach for a job back home and has never looked back.

It’s the same story I’ve heard on numerous occasions from not only chefs, but managers and directors in schools, colleges, hospitals and corporate offices. They all started out chasing the glamour and glitz of jobs in hotels, resorts and restaurants, but left for the stability, structure and (usually) more normal hours found in the non-commercial world.

During my seven years writing about the hotel industry, I never met a hotel f&b director who came from a similar post at a hospital, but on my first back-of-house tour at a hospital, I ran into someone who had just left his job with Hilton for Memorial Sloan-Kettering. While covering the restaurant industry, I never met a chef who left a job working the lunch line at an elementary school, but I’ve heard the inverse of that story countless times. No one has mentioned they thought about going back.

These may start as just jobs, but they quickly become rewarding careers for most. Why does it take 10 or 15 years for people to realize these are viable options, especially when directors in every segment face the challenge of finding qualified candidates to run their kitchens and cafeterias?

How come Aatul Jain never considered a job in healthcare before tasting the food at the hospital his wife gave birth in? Also a CIA grad, the chef and retail manager at Saint Clare Health System in New Jersey has fallen in love with the culinary and managerial challenges and opportunities his new career provides.

How can we better promote positions in school, college, healthcare and corporate foodservice as career options so kids coming out of school don’t get swept away by cruise ships or caught up in the dream of working at a five-star restaurant? They should know the same cutting-edge techniques and ingredients are being used in office and hospital kitchens and many institutions have hundreds and even thousands of foodservice employees, providing far more opportunity for growth into management than the brasserie down the street.

I hope you’ve told high school and college students the same stories you’ve told me. Have you volunteered to speak during a class at the closest college with a hospitality management program or the nearest culinary school? Do you offer internships? If not, you should.

Last question: If you knew then what you know now, would you still have spent the same time in your previous roles? I’d love to hear your answer and the story of how you came to your current job.

Email me at [email protected]