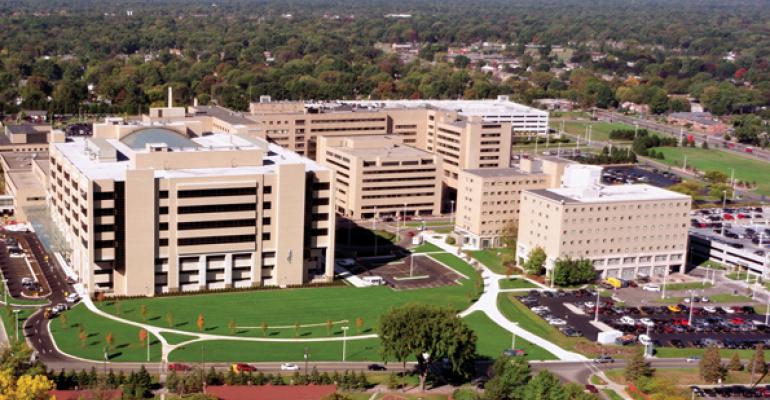 Beaumont Health System is One Step Ahead

It certainly became a challenge for Beaumont Health System’s largest facility in Royal Oak, MI, in 2008. The 1,070-bed facility had decided to end its use of a cook-chill re-therm system for its tower floor units and capital funding had been approved for a room service kitchen renovation the following year.

Then, the unprecedented 2008 financial crisis intruded on these well-laid plans.

RELATED: A Kaizen a Day at Royal Oak

“We’d put a cook-serve system into place for what was expected to be a very short-term period,” says Director of Nutrtion and Retail Services Maureen Husek. “Then suddenly, institutions across the country were retrenching in terms of any spending and our kitchen renovation was put on hold. We had to quickly re-think how we were going to manage a completely unexpected situation.”

So What’s Your Plan B?

Husek was not one to accept such constraints as a reason to maintain the status quo. “We knew we’d have to continue to make our system work, as limiting as it was. But we didn’t want to stand still.”

As a veteran director from previous operations, including one where she had managed an outsourced contract, she adds, “For an independent operation to stay that way, you need to find ways to get things done even when there are barriers in the way.

“You have be several steps ahead in your planning regardless of the situation or constraints you may face today.”

Knowing that the temporary system would have to do for the time being, she still wanted to demonstrate the advantages room service could bring. In the south tower, tray deliveries from the central kitchen were being distributed out of a few large south tower floor galleys. She outfitted one of these, in the 116-bed orthopedic unit, with a small steam table, deli table, microwave, heat-on-demand system and limited finishing equipment.

“We set up a typical room service call center and established a menu of items that would hold well and sandwiches that could be assembled on the floor,” says Glenda May, Royal Oak’s manager of nutrition services.

“Room service gives patients a sense of control over at least one aspect of their hospital stay, and we wanted to offer that where we could.”

Elsewhere in the south tower, a small kitchen serving a doctor’s dining room was reorganized to add a small amount of made-to-order production for the orthopedic unit. A printer was installed there to issue job tickets and these items were shipped upstairs and matched up with tray orders.

“We called it our room service pilot project,” Husek says, noting one advantage of setting it up in the ortho unit was that those patients almost never transferred to other parts of the hospital. “That way, the fact that other units did not have this service wasn’t so obvious.”

A year later, with capital funding still on hold, “we added another floor—Mother-Baby—because we felt we had enough experience to handle more volume this way.” Later still, pediatrics, another limited-transfer unit, was added.

Each addition improved patient service and satisfaction compared to the bare-bones production that had been in place, and by 2011 Husek had “maxed out” her limited room service capacity with the addition of a neuro unit.

“Those patients often did transfer to other parts of the hospital and the service differences began to be noted,” she recalls. But by then, the economy had stabilized and the long-delayed, $3.7 million kitchen renovation was put back on Beaumont’s capital project list.

Piecing Together a Kitchen

As the renovation began in the north tower in early 2013, operating logistics represented a major challenge. Tray production for the majority of Royal Oak patients  had to continue even as a central room service cook-serve facility was constructed in the same space. 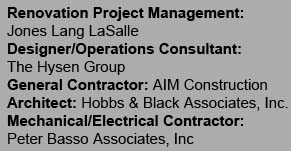 The north kitchen originally had two traylines, one for each tower. All tray production was shifted to a one, temporary line system and the other’s space was partitioned off for the first four distinct phases of construction. As each was completed, one partition came down and another would go up, isolating individual work areas.

The now-unused tray line was removed. Deteriorating floors were replaced in walk-in chilled and frozen storage  rooms. A call center was constructed. Hoods were installed over what would become three finishing lines.

One very major issue was the need to install adequate ventilation equipment and ductwork to vent exhaust from the basement location of a nine-story tower. Code variance permissions required specialized airhandling equipment and welded, stainless steel duct that routes up three floors and out the side of the building.

When the dust cleared...

When the dust cleared at the end of last summer, the galley production areas were shut down and the rollout began across the entire hospital. By the end of September the transition was complete.

Today, the south tower houses the central cook chill production and bakery operations, with component product moving in bulk to north tower finishing lines where room service cook-to-order meals are plated and delivered via service elevators where nutrition services has priority access. Because of the gradual re-assignment of staff to new duties over the course of the process, the new system remains FTE-neutral when compared to the old.

The Royal Oak facility supports a diverse mix of retail operations. These include the Mackinac Dining Room (the main employee café by the South entrance) an expansive food court and a coffee shop in the medical office building.

The food court is located in the South Concourse atrium, a unique retail environment connecting the hospital to adjoining medical office building and radiology facilities. There, the department operates a full service Starbucks (said to be one of the top grossing licensed operations in the state), The Baker’s Deli and The Concourse Café. It also oversees the contract for Papa Joe’s, a regional gourmet market specializing in high-end groceries, fancy foods and gift baskets.

The employee café has also had an in-house managed upgrade recently with Beaumont’s interior design group overseeing a complete seating upgrade and a design to open up servery floor space by replacing island merchandisers with attractive wall shelving.

On the drawing board ...

Beaumont has also been progressive in terms of promoting sustainability. Nutrition services has robust recycling, composting and local sourcing initiatives.(In October, for example, it diverted almost 17,000 pounds of compostable material from its waste stream). It works with a regional food hub to source locally-prodouced product.

Beaumont committed to the Healthier Hospitals initiative last year and is a signee to the Healthcare Without Harm pledge. Executive Chef Ed Gillis has been revamping menus to comply with wellness guidelines.

In keeping with her “one step ahead” philosophy, Husek believes there are opportunities to enhance patient satisfaction by tracking meal preference histories “so we can provided more individualized return visit patient service,” she says.

“One of the things our Starbucks customers like is when the baristas know the beverage preferences they have. There’s no reason that kind of service can’t apply to our patients.”

As you walk through every onsite kitchen, you notice small differences in equipment, layout, the approach to production. These often reflect the collaboration between operator and consultant or a director’s approach to enhancing customer service or production efficiency.  The Beaumont-Royal Oak operations have a number of fairly unique touches; here are just a few:

(1)  A small tabletop, single-serving steamer on the room service hot production line allows perfectly steamed fresh vegetables to be added to a finished plate as a final step just before it is domed for delivery. 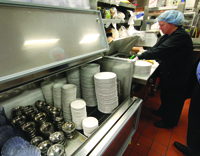 (2) Those from the K-12 segment  will immediately recognize the one-time ubiquitous “milk cooler” —but not its application here. On the cold food side of the room service line, the cooler ensures that side dish plates are pre-chilled as that part of a patient tray is assembled. 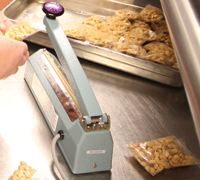 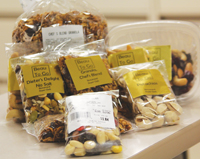 Royal Oak is the largest hospital in the Beaumont Health System, a regional health provider located in central Michigan. It is comprised of three hospitals (in Royal Oak, Troy and Grosse Pointe, with a total of 1778 beds); several community based medical centers; and five regional extended care centers. With the equivalent of 14,000 full-time  employees, the system offers a wide range of specialty surgical, heart, orthopedic, cancer and pediatric services.