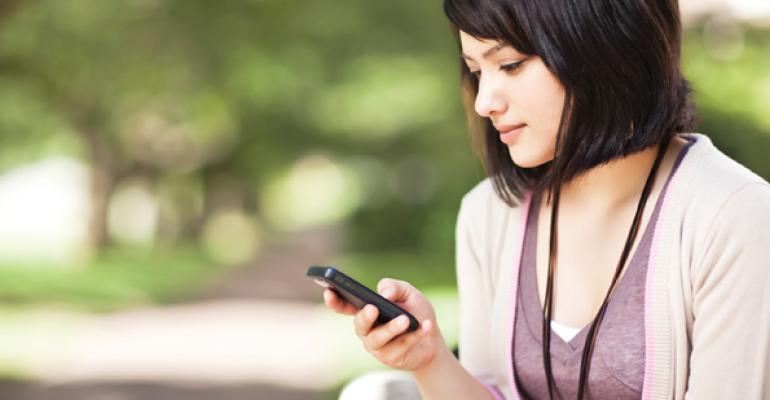 Florida’s deal with NutriSlice gives the state’s districts the option to post menu, nutrition and other info to smartphones and other platforms through a dedicated app.
Operations>Management

Florida is one of  the country’s most productive agricultural states, but “the children of this state are our most important crop,” says Robin Safley, division director of food, nutrition & wellness at the Florida Dept. of Agriculture. That’s a main reason the department recently inked a contract to make an online smartphone/tablet nutrition education app available to all of Florida’s 67 school districts.

The app, developed by NutriSlice, puts each district’s daily menus online and onto smartphones and other portable devices. It allows students and parents not only to call up individual menu items, giving them pictures and access to full nutritional data, but also to interact via social media.

“A school can sample a new item and kids can communicate and give feedback,” Safley explains. “The more you empower them to be involved in their choices, the more likely they are to be engaged.”

That engagement is critical as districts try to raise awareness of the new school meal pattern among youngsters and their parents.

Florida’s bulk purchase of NutriSlice’s service was initiated by new agriculture commissioner Adam Putnam. The state pays NutriSlice only for districts that sign on to the program (20 did so initially and another 20 in the first month of the 2013-14 school year), with payment based on number of participants and their size. The bill for year one is about $1.2 million.

The program is also important in terms of supporting consumer research to measure the impact different kinds of messaging has on the consumption of fresh produce, for example. Researchers from prestigious institutions like Cornell, Brigham Young and the Harvard Business School have shown interest and are pursuing grants from the National Institutes of Health to study this data further.