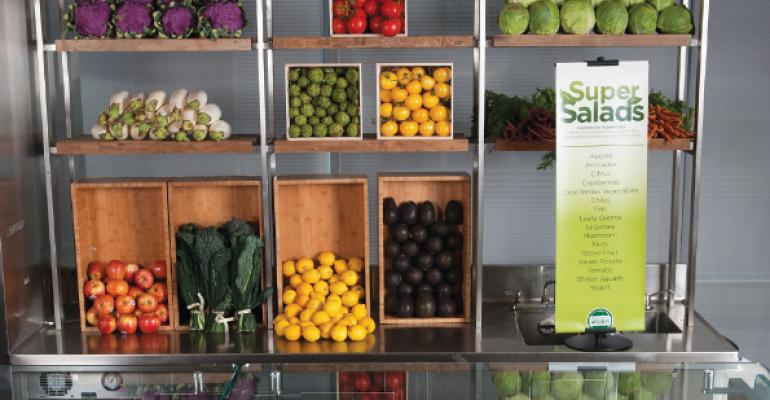 Restaurant Associates is that rare company that is both venerable and cutting edge. Originally known and respected for its role in helping develop New York’s reputation as a first class restaurant city in the 1960s and 70s with venues like Four Seasons, Brasserie and Trattoria, RA subsequently took its talents to the onsite dining world, initially to fine art institutions such as the Metropolitan Museum of Art in New York and to the corporate dining world starting with the Ford Foundation in 1969, and then into a few other segments like colleges, government institutions and high-end catering.

Today, RA continues to focus on “delivering hospitality excellence to premier clients,” per the motto on its logo. Part of that hospitality excellence is a steady flow of innovative concepts based on a skillful assimilation of the latest culinary trends balanced by an eye for the tastes and preferences of each particular customer base. These innovations have won a string of FM Best Concept Awards over the past decade. 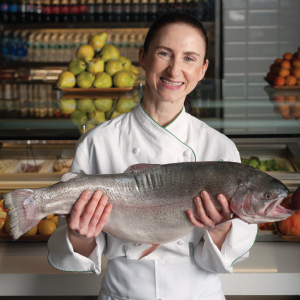 Recent RA concepts include Super Salads, a super foods intensive tossed salad concept; Bird, a deceptively simple down-to-the-basics chicken concept; Bulgogi, a Korean BBQ concept; and RA Kitchen, which brands the grab-and-go quick-pick cooler and makes it a destination instead of a fall-back.

The goal is eight to 10 new concepts each year, says President Ed Sirhal. “But it isn’t the number of concepts so much as the quality and acceptability, and of course the execution. Not everything needs to be a home run either. We are very happy with singles, doubles and triples.”

The clientele, currently numbering around 150, remains exclusive, and is expected to generate over $600 million in revenues this year. They include “best in class” names in select industries like media (Google, Hearst), finance (Morgan Stanley, Credit Suisse) and advertising (Y&R, Ogilvy & Mather); premier temples of the arts like the Metropolitan Museum of Art, the John F. Kennedy Center for the Performing Arts and the Smithsonian Institution; a few prestigious universities like the Harvard Business School and Princeton University; and high-profile operations on Capitol Hill, where RA now operates dining for both the U.S. House and Senate. 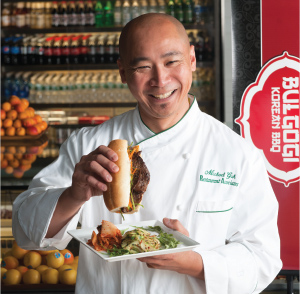 Executive Chef Michael Guh created Bulgogi, a Korean BBQ concept last year, one of the 8-10 new concepts RA rolls out annually to keep its dining operations fresh and up to date with current culinary trends.

One would think such exclusivity would be constricting but Sirhal says it’s just the opposite and he credits Google’s success in using free, top quality food and guest experience to get high productivity and employee satisfaction as a big reason.

“It was a game changer in the industry,” he says.  “Clients and potential clients are now saying to us, ‘Wow, if we can get that kind of result by making food an amenity, we want what you guys are delivering: restaurant quality food with hospitality excellence.’”

That approach is something you would expect to be encoded into the DNA of a company that once engaged James Beard and Julia Child as consultants (Sirhal refers to Beard and Child as RA’s “grandparents”). It is something that continues to be emphasized by longtime CEO Dick Cattani, who originally developed RA’s onsite dining arm and who remains active in the business.
Somewhere, Beard and Child are smiling.