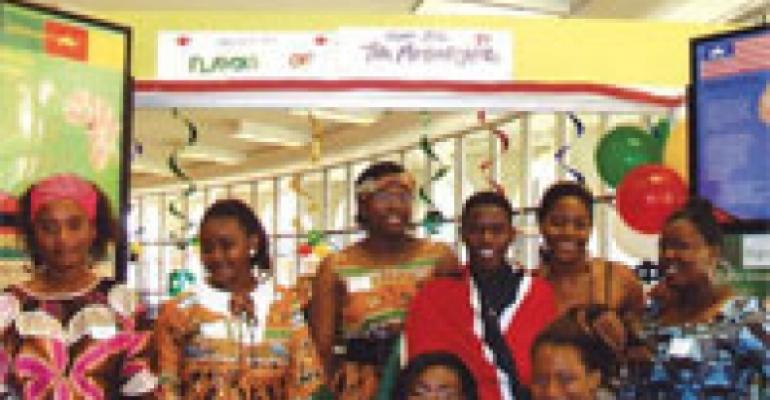 THE BIG IDEA: The African Food Festival in the spring of 2010 at Stephen F. Austin State University was a product of teamwork among the school's Aramark-managed dining services, its Multicultural Affairs Dept. and the student group [email protected] to develop an African themed event that featured authentic dishes from different regions of the continent.

Six different countries were slated to be represented — Nigeria, South Africa, Cameroon, Liberia, Ghana and Kenya — covering the continent from East to west and north to south (excluding the culturally separate lands in the north separated from the rest of the continent by the Sahara desert). All of the recipes used in the event menu were authentic ones passed down from generations by student families. The dining team worked hard to secure authentic ingredients, going so far as to source plantains from Miami since no local suppliers carried them.

The festival was innovative because it not only provided the usual “routine breaker” function of a themed event at a campus, but an educational one as well that also helped cement a relationship with important constituencies within the campus community.