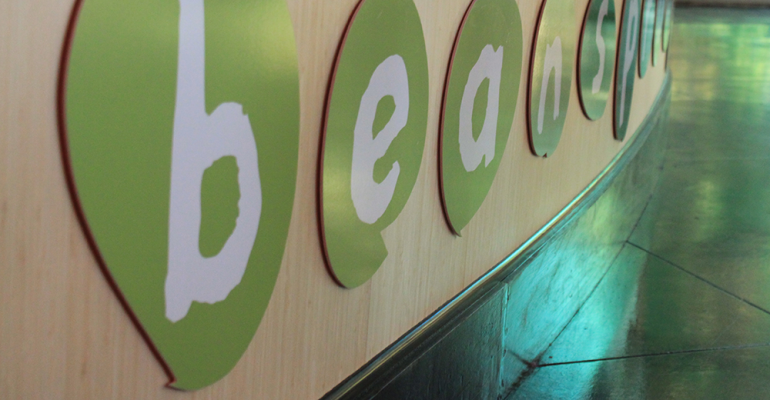 This station concept is designed especially for family-focused venues with its menu of healthy but kid-friendly meal selections made with creative presentations.

Go to a typical family activity venue like a children’s museum or a zoo and the food you’re likely to find onsite is either generic concession fare like ice cream, pizza and hot dogs, or a national brand QRS unit not especially noted for healthy choices. And even if there are healthier choices, how much kid appeal do they have?

That is the specialty niche that Bean Sprouts was created to fill. The concept was launched in 2007 by Shannon Seip and Kelly Parthen as “a hip and healthy place that sparks children’s appetites with good-for-you food and delights grown-ups with a happier mealtime.” (For a photo tour of the concepts, go here.)

Today, Bean Sprouts units are operating in 13 locations in venues such as children’s museums, science centers, amusement parks, zoos and national parks in seven states. The most recent opening was at the Garden of the Gods Visitor & Nature Center in Colorado Springs, Colo., where it outperformed the same month sales of the previous café by 72 percent in its first month despite operating for only half of the month. 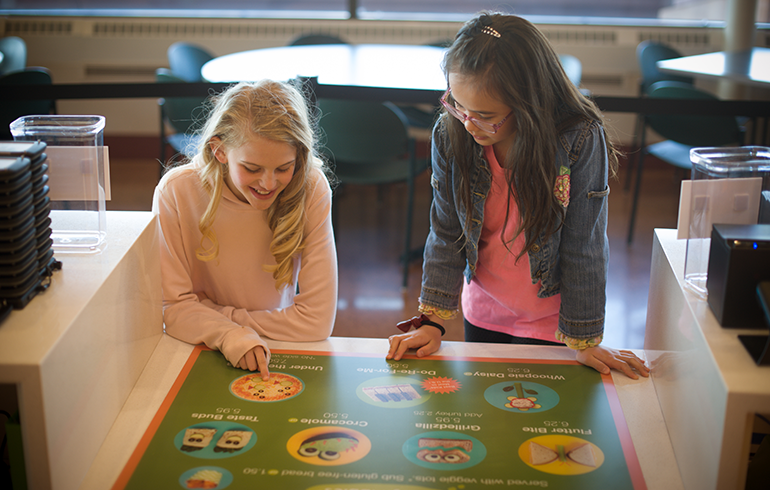 The café spaces are designed to be kid-friendly, with low counters and menu boards within easy view.

Other recent openings have come at the Arizona Science Center in Phoenix, the New Children’s Museum in San Diego and the DuPage Children’s Museum near Chicago. There are also longer-standing units at the Milwaukee Zoo and at Kennywood Amusement Park in West Mifflin, Pa.

The usual result of implementing a Bean Sprouts unit is a capture rate double to quadruple that of what was there before. For example, the Discovery Cube in Los Angeles more than doubled its food/beverage sales when it opted for a Bean Sprouts rather than a renewal of its contract with a large international taco chain.

Bean Sprouts can adapt an existing café space or build one, depending on the venue.

“What’s really nice about our concept is that because we don’t do fried foods, we don’t need deep fryers and so don’t necessarily need a hood, though if there is already one in there, we’ll use it for ventilation,” Parthen says. “We’re pretty flexible because we don’t have a huge equipment pack, so we can go into these places that might not be as flexible with what they have there, so it’s usually just a little electrical bump-up and we’re ready to go.”

The two most significant pieces of equipment the concept requires are one or more Turbo Chef ovens, depending on the volume needs of the venue, to make the hot sandwiches and pizzas, and an espresso machine: “We found the gourmet coffee to be a great seller at many of our places,” Parthen offers.

The concept is self-run and company owned at most of its locations where it is the only food outlet, but in a few instances, it has been licensed as part of a multistation mix at a venue such as a zoo, where it represents the healthier alternative among a range of other, generally more traditional, food outlets. 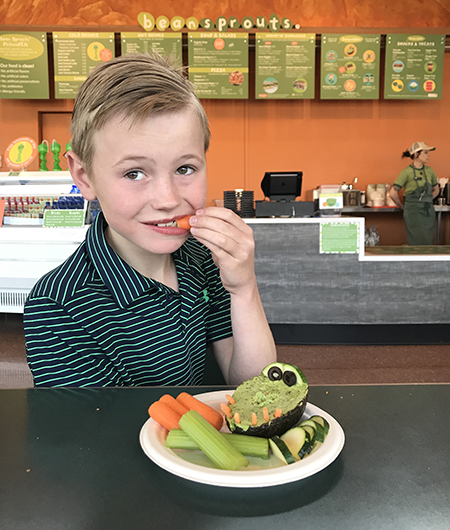 The Bean Sprouts menu is designed to appeal to kids visually while maintaining a highly healthful profile. (Photo: Bean Sprouts)

Bean Sprouts is taking advantage of a market opportunity that opened in the wake of growing societal concern over childhood obesity and health. Previously, family destinations had generally been hesitant to forego their traditional relationships with established fast food chains because of a fear of financial shortfalls if they opted for alternatives offering healthier options, which were assumed to find less favor with kids.

The core of the concept is its Imaginibbles menu of creatively presented kid-targeted selections, which contain no antibiotics or any artificial flavors, colors or preservatives. What they do contain in abundance is visual appeal.

Created by Seip, they form an immediate connection with youngsters with their whimsical designs evoking flowers, butterflies and creatures like “Grilledzilla” and “Crocamole,” and then the flavor of the ingredients takes over. None of the Imaginibbles selections has any particularly exotic or off-putting ingredients, at least not overtly, that would alienate a youngster before they at least tasted the selection.

For example, the Flutter Bite, presented in the shape of a butterfly, is a basic turkey sandwich with cheddar cheese, mayo and the omnipresent veggies that accompany just about every selection. Grilledzilla is a grilled cheese sandwich while Do-Re-For-Me, shaped like piano keys, is a PBJ except with the unobtrusive substitution of sunflower butter and organic jam for the more traditional commercial peanut butter and jelly.

Kids are also remembered in the design of the spaces, with counters and menu boards set lower for child-sized customers, while pagers are used so that families don’t have to wait around the counter for their food: “We found that kids would rather go off and play than stand around waiting for food,” Parthen explains.

The average wait for an order is four to six minutes, with most of the prep work and some of the assembly done beforehand, while the rest is designed to be done quickly. Most of the selections have simple recipes and few ingredients to facilitate throughput.

Adults are not forgotten in the Bean Sprouts menu mix either, though they don’t get the level of creative presentation their kids do. Selections for this demographic include pizzas, organic soups, salads and sandwiches like Hum Diggity (avocado hummus spread, fresh veggies and a “dollop” of lemony dill yogurt) and Chicken Pesto Chango (chicken, melted mozzarella, sun-dried and fresh tomatoes, nut-free pesto and balsamic vinaigrette on ciabatta bread). Everything is served with a side of organic greens and gluten-free bread is available as a substitute.

One way the concept contains costs is by maintaining a mostly static menu with few specials, which makes sense as most customers don’t see it very often. Even those with memberships to a particular institution will only visit on average two to four times a year, Parthen notes, so there’s no danger of menu fatigue.

Bean Sprouts initially launched as a street restaurant in Madison, Wis. in 2007, and after some very good press, “that’s when the museums started to come to us,” Parthen says. That side of the business eventually started to prosper so much that the partners decided to concentrate on it full time as it didn’t make sense to run two separate business models, so the original street location was shuttered.

“We felt, hey, there’s such a need here [in family focused institutions],” she explains. “They are teaching kids great stuff for their minds but giving their stomachs a bunch of garbage.”

The company’s target market is a venue with annual attendance of between 200,000 and close to a million, a point at which they start becoming attractive to large, established concessions contractors.

“Under that [attendance level], we found that they are either handling [foodservice] themselves—and probably losing money—or it was a local restaurant or caterer doing it for them, which was OK but what happened a lot of times was that they had a hard time making money because the seasonality of the business is so crazy, as well as the limited hours,” says Parthen. “Bean Sprouts is designed to manage that, which is why we’ve been so successful.”