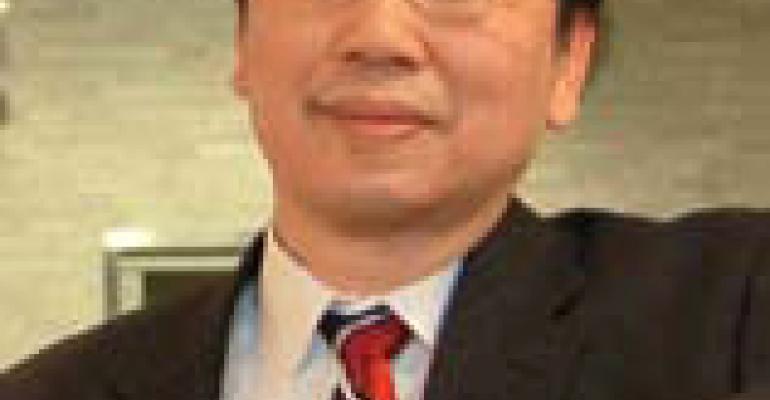 The Pursuit of Culinary Excellence

THE BIG IDEA: It is one thing to promote culinary excellence in your own operation, and many directors across all onsite segments have done that impressively. So has Kenneth Toong, director of dining & retail services at the University of Massachusetts-Amherst, where the onsite dining operations are among the premier programs in the country, especially among big public schools. Inevitably, that means cultivating a “chef's culture” in dining halls and retail space.

What sets Toong and his program apart are the efforts also extended to promote culinary excellence across the college dining segment through the annual Tastes of the World Chef Culinary Conference hosted on the UMass campus each year. Toong has had to develop not only the relationships necessary to put on a major cross-institutional event, but the credentials to hold one worth the time and expense to attend.

None of the more than 200 chefs and managers from colleges and universities across the country who attended the latest event this past June question that now. Over its 14 year existence, the conference has served to inspire a national culinary peer group of campus chefs and it is now seen as a premier networking, educational and competitive event.

Toong held the first conference in 1994 at Trent University in Petersborough, Ontario, where he worked for Marriott Management Services at the time. It was a campus vegan workshop led by a CIA chef and tailored for a couple dozen Marriott chefs from Trent and other nearby operations.

But word got around. By its third year, the workshop was attracting chefs from outside of the Marriott organization. When Toong then joined UMass in 1998, he was ready to forego the event because of his new responsibilities, “but people kept encourging me to continue it,” he says. The first conference held at UMass attracted 45 participants. Today Toong has to cut off attendance at around 200 just to keep it manageable.

Featuring a different theme each year, the four-day event includes workshops and educational sessions with high-powered speakers and chefs as presenters, ACF-sanctioned team competitions and plenty of networking opportunities.

The event is enabled by the extensive UMass dining infrastrucure, enhanced recently with a new, cutting-edge test kitchen and production facilities (see full story at http://food-management.com/mag/fm_imp_17177/index.html). It is further supported by the school's own impressive culinary culture and talented teams of executive and staff chefs. One of these captured a top award at the conference this year, and another took home the Gold at the most recent NACUFS culinary Challenge (see p. 28).

A similar commitment to building the national campus chef community can be seen inthe Visiting Chef Series, a new UMass initiative that puts a novel twist on the traditional college “guest chef” program. Instead of signing up visiting commercial restaurant chefs, it relies on a campus executive chef exchange program, tapping colleges across the country.