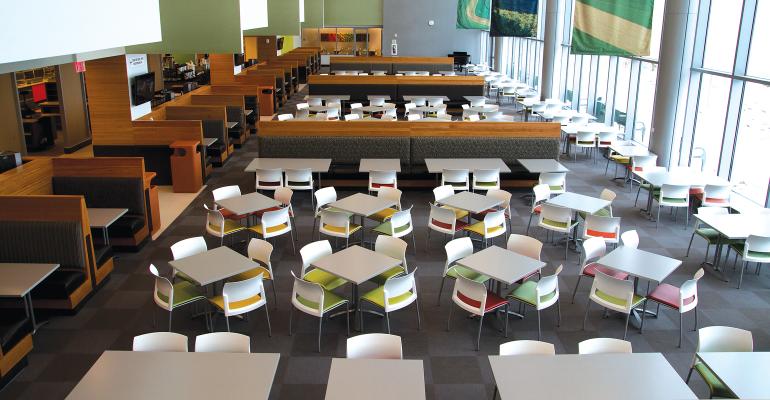 From administrative restructuring to kitchen, retail dining and room service additions, change has been coming to Geisinger Health.

Just about everything having to do with dining operations at Geisinger Health has been revamped, renovated or rolled out in the last five years through a phased implementation of a strategic plan, from new retail operations and patient room service at its flagship hospital to how the foodservice department is structured.

The Danville facility saw the consolidation in 2013 of most of its retail dining operations into a single 500-seat Atrium Café, with a small branded Subway unit opened at the other end of campus to serve as a quickly accessed alternative for those who may not have the time to get to the main eatery.

That retail consolidation was followed shortly by the introduction of room service to the hospital’s inpatients. Both the patient and retail dining operations were supplied for the next two years from an antiquated and inconveniently located production kitchen until a new, modern production center debuted in 2015 in a more practical location.

The next major step, implemented this past year, was the restructuring of the foodservice department organization, consolidating what had been two regional senior directors into a single system director position backed by a system operations director. Also added was a system executive chef and system nutrition program director.

A room service platform was also launched in February 2016 at the Geisinger Bloomsburg Hospital and is slated to start in early 2017 at Geisinger Shamokin Hospital. 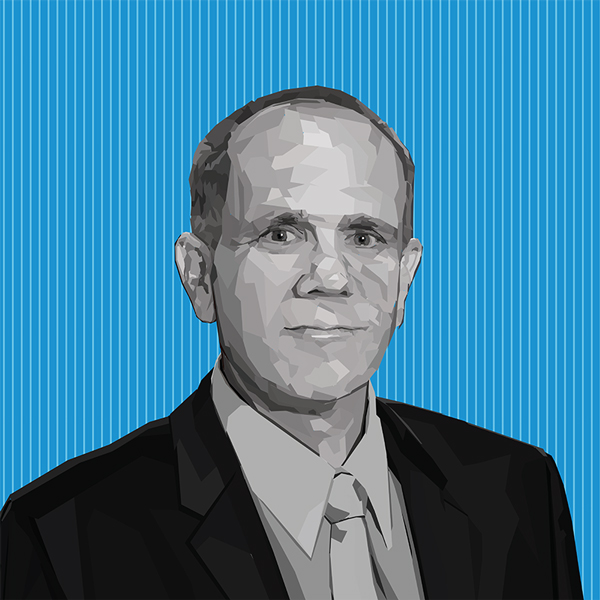 “Our strategic plan is to move to room service,” says Bruce Thomas, vice president of guest services for Geisinger Health System. “We feel strongly that that is the right thing to do for our patients and we don’t think it’s a fad because I think the population is going to continue to support on-demand type of service.”

For almost three years between the introduction of the Atrium Café and full room service in the Danville hospital, the production kitchen from which those operations derived much of their prepared product was located 200 to 300 yards away, at the other end of campus.

“We had to physically either drive stuff over or push stuff the equivalent of a half mile through the hallways,” says Thomas. “We were able to change the way we were able to handle production. We had been working out of a kitchen from the 1960s and finally got the appropriate space we needed to handle the volumes we that we were doing as well as capacity for the future.”

The Atrium Café and the Subway unit both operate 24 hours a day (though not all Atrium Café stations are open in off-hours), and generate about $6.5 million in annual sales.

Atrium Café includes entrée, made-to-order sandwich, grill, pizza and soup stations, plus a salad bar, a freshly rolled sushi station and an exhibition station that prepares specials of the day on induction burners. The cafe also includes a mini c-store and a demo kitchen area.

Previous to the debut of the Atrium Café, the hospital had a small eatery on the west end of campus, a large centralized café in the lobby that included a coffee shop and a kiosk cart on the east end of the campus.

“The idea,” Thomas recalls, “was to consolidate all that into one retail operation on the east end.”

The Subway unit was subsequently added to the plan to satisfy employees who feared that the single café at the other end of campus was too far for those working on the west end with short time windows for grabbing a meal.

“So we ended up putting a Subway on the western end of campus where we were previously located,” Thomas explains. “It’s not a big Subway operation, just a couple seats, but it’s an option for people on that end.” 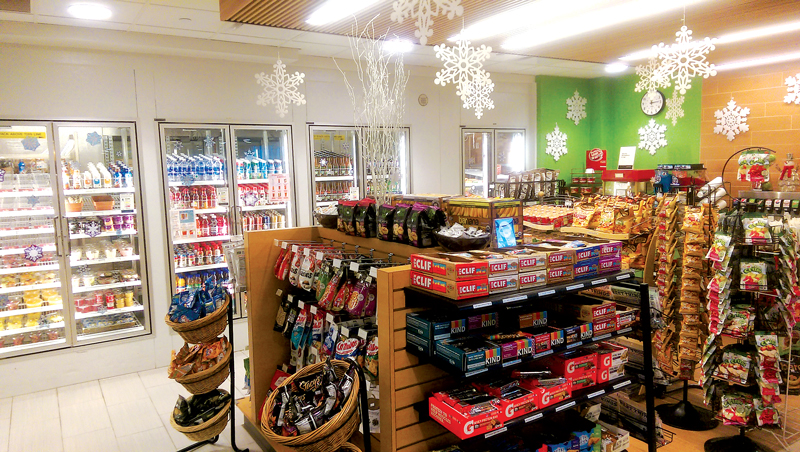 Atrium Café at the main Geisinger hospital includes a mini c-store for those who need to get something quickly. Photo: Geisinger Health

The problem with that, Thomas says, is that “we were trying to do a lot of system initiatives by committee. We were doing a lot of good things, but we weren’t getting traction fast enough.”

Now, with a single system FSD, the process has been streamlined and centralized. All site managers now report through the operations director, while the system executive chef oversees all patient and retail food production and the system nutrition program director sets guidelines for anything related to patient meals and Geisinger’s wellness programs.

There’s also now one individual in charge of all databases, and the health system is in the process of adding a business analyst position to help it utilize technology and data better.

“We have a lot of data, but we probably don’t use it as well as we could,” Thomas offers.

Some of the positions were filled from outside the organization—the executive chef, for example—but many came internally. The two previous regional senior foodservice directors now fill the system director and operations director positions, and the system nutrition program director was also promoted from within.

“The analogy we use is that we’re not that different from a restaurant franchise [organization] where the system team sets all the programs and its up to the site managers to carry out those programs.”

There is some flexibility at the individual platform level, he concedes, “but not much. We’re trying to get that consistency across the system in order to drive standardization.” 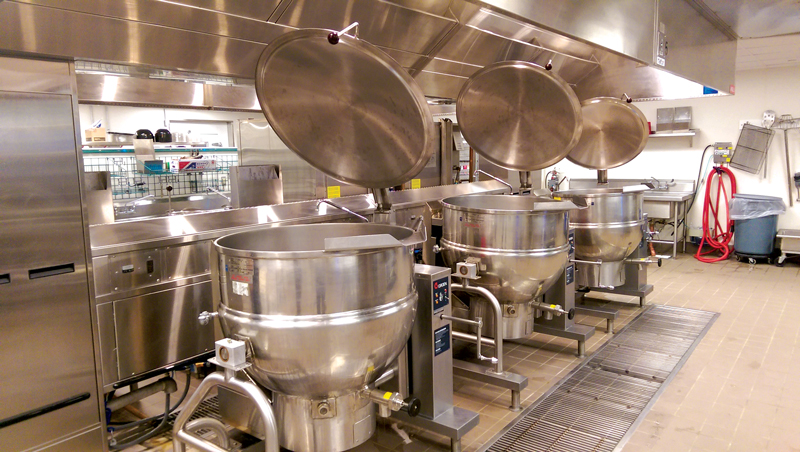 Both the retail and patient dining operations at the facility are supported by a new centrally located production kitchen. Photo: Geisinger Health

Retail foodservice sales have been running in the 5- to 8-percent growth range annually, Thomas says, driven by a combination of increased outpatient visits, increased traffic on hospital campuses, some new sites and “the job our foodservice team is doing.”

The most recently opened outlets include a coffee kiosk in a brand-new, renovated lobby addition next to the emergency department in the Scranton Community Medical Center.

Also just opened is a new café in the Danville outpatient surgery center, located about three miles from the main hospital, which recently saw a major expansion with the addition of an ophthalmology clinic and the expansion of its orthopedics services, with new family practice services slated for the near future.

The new café replaces an older, smaller operation that was in a different location and features a branded (Peets) coffee program, made-to-order deli and hot food like pizza and hot sandwiches as well as grab and go.

The ophthalmology clinic alone generates some 350 daily visits, Thomas notes, “so it’s going to drive some significant volume for us.”

Meanwhile, an unmanned 24-hour micromart is planned for an office building on the main campus, while a renovation is in the works for a new foodservice at the campus’s Health Plan administrative building, which will utilize food produced nearby in the main Danville hospital production kitchen.

Two potential nontraditional areas of expansion are Geisinger’s hotel and restaurant on the main hospital campus, which recently underwent an expansion that added a banquet facility and “is knocking the lights out in terms of sales,” says Thomas.

Geisinger is also looking to acquire Commonwealth College of Medicine in Scranton, where the foodservice is currently contracted to a college segment specialist.