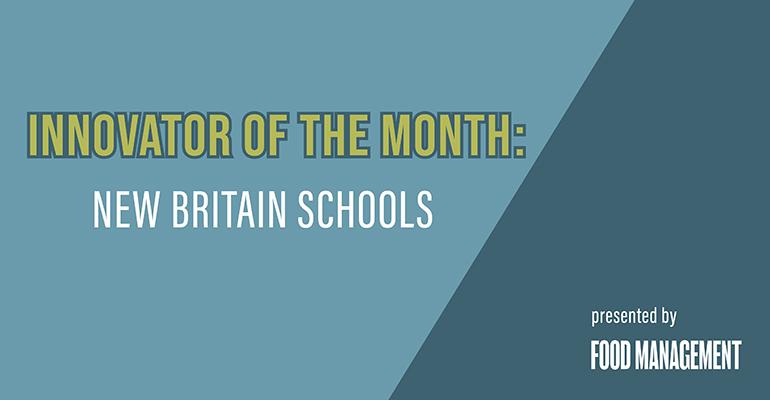 New Britain Schools in Connecticut has begun serving students meals outside as they re-enter for the fall semester.
Onsite leaders>FM Innovators

Large tents with serving carts set up at each district school give students a fresh air break with pre-packaged meal service.

Students in the Consolidated School District of New Britain in Connecticut get to eat outdoors if their school allows it. Management company Whitsons Culinary Services has set up tents near the cafeterias at each of the district’s 17 schools, as well as at some magnet schools the district meal program also supplies.

“We have an operation that is predominantly in-classroom feeding, and I felt that there has to be a better option,” says Jeff Taddeo, resident district manager for Whitsons with New Britain Schools. “The kids have been quarantined the whole time since March and I felt, hey, wouldn’t it be a great opportunity if we could get some nice outside tents and let them get some fresh air while keeping the integrity of the feeding program.”

The tents offer meal service from mobile carts that dispense pre-packaged meals on a four-week cycle, same as what is being served inside, because Taddeo felt it would cause too much disruption and possible conflict if different foods were available at the different locations.

The tents with carts serving breakfast items are especially popular with the district’s high school students, while the lunchtime service tends to attract more traffic in the elementary and middle schools. Taddeo says teachers in the high school are more reluctant to let their students use the tents due to security concerns, but the tents and carts are nevertheless available for those allowed out. One magnet high school uses the tent as a special reward for its seniors, a partial compensation given all the other things they may have to forego this year, from football to the senior prom, because of COVID.

New Britain has an enrollment of around 11,000, about 2,400 in its single high school. The district began the year with a hybrid model in which students were split each day between those coming to the schools for in-person classes and those doing remote learning. 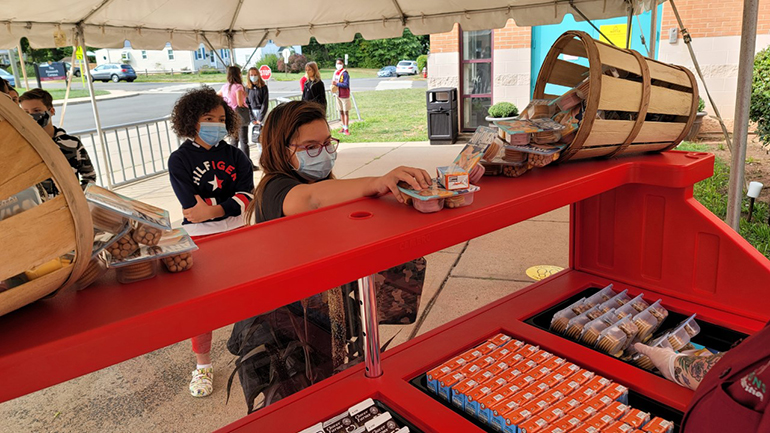 At New Britain Schools, students at all grade levels have the opportunity—assuming teacher permission—to get and eat breakfast and lunch meals outdoors in tents set up for the occasion.

The tent program did take a bit of adjustment for both the Whitsons team and for district administration, Taddeo admits.

“It was a little stressful at the start trying to get everybody to buy in, but [that has eased as] now we’re seeing that the children enjoy it, even the little ones at the elementary schools,” he notes. Of course, just getting the nearly two dozen tents to supply all the schools wasn’t easy. Some are as large as 60 by 130 feet and can accommodate as many as 480, Taddeo says.

“We had someone ask, ‘Who set up the circus tent at the high school?’” he laughs, adding, “it was a mess to work with the vendor to find the number of tents we needed. In fact, we just had a request for another one for a middle school with population of 800 because they are using it so much.”

Of course, you can’t just put up a massive tent outside a school without going through official channels. 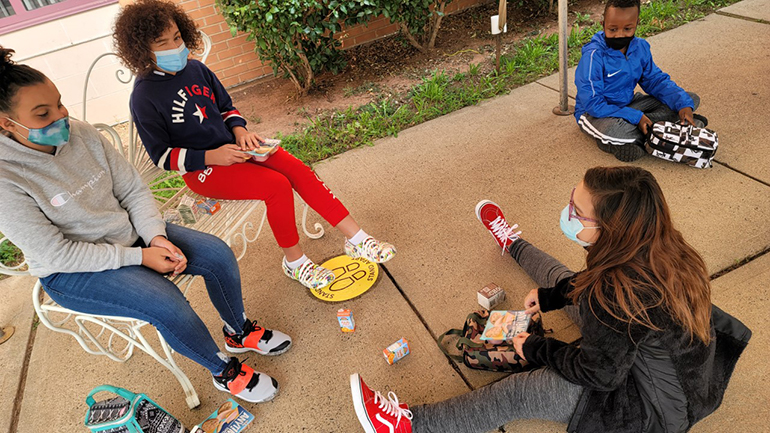 The outdoor dining option is designed to give kids who are otherwise stuck inside to get some fresh air while having their school meals.

“We had to call the City of New Britain and work with the building inspector, the fire marshal and the public health department because we generally try to have them as close to a cafeteria as possible to make it easy for our staff to get out to serve the children,” Taddeo explains. “Most are 10 to 20 feet from a cafeteria entrance so that if there is a lot of traffic out there, we can get food to them quickly.”

Of course, its Northeast location means Connecticut will soon see colder weather, but Taddeo says he is hoping to keep the tent program going until the beginning of December, perhaps adding side walls that can be rolled up to let in fresh air on better days.

The pre-packaged meals offer variety each day with kid-friendly choices—pizza, a jerky meal kit, a turkey sandwich combo—along with milk, fruits, vegetables and everything else required to constitute a reimbursable school meal. The packaged meals are either made onsite or purchased from a vendor.

Taddeo is planning some special events to keep kids engaged as the year goes on. They will include educational sessions about healthy eating as well as themed days. The first one, with a harvest theme complete with gourds, pumpkins and corn stalks and featuring a healthy warm apple cobbler made with fruit from local grower Rodgers Orchards, traveled from school to school in late September.

The serving stations are all mobile so they can be rolled inside for thorough cleaning and sanitizing. They are replenished as needed during serving hours with staff communicating by walkie-talkie.

“We didn’t know what we were getting into when we did this,” Taddeo observes. “I didn’t know how it would work, but I’d say we have a pretty good success rate so far and I hope it stays that way even when the weather starts turning a bit colder.”

Innovator of the Month: At The Clare, the senior dining program is front and center as a resident amenity
Feb 02, 2021