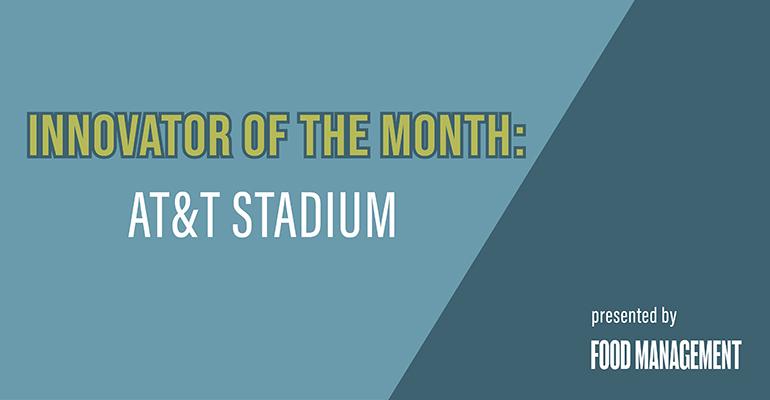 As in just about everything else, AT&T Stadium puts its individual spin on how it operates its food & beverage service.
Onsite leaders>FM Innovators

From best-selling nachos to packaged beer, the food service program at the NFL giant stadium isn’t resting on gimmicky food

AT&T Stadium in Arlington, Texas—home of the Dallas Cowboys since the 2009 season—is the fourth largest stadium in the NFL by seating capacity, with 80,000 seats, which is expandable to as much as 105,000 with standing room. However, the venue, informally known as “Jerry World” after Cowboys owner Jerry Jones, who originally conceived it, is far more than just a football stadium.