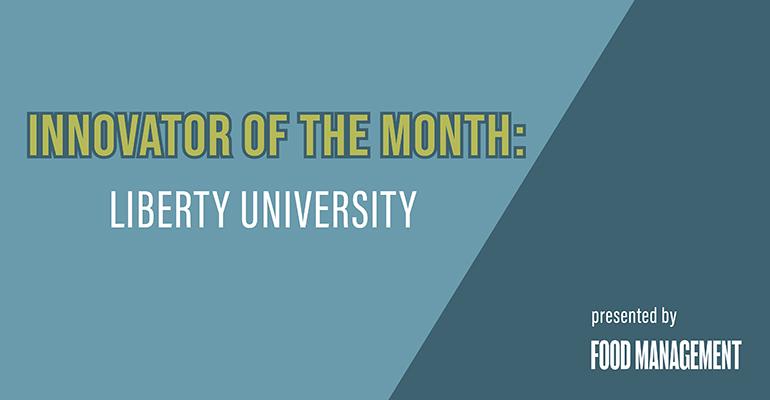 Liberty University is Food Management's Innovator of the Month. Find out what makes their program special.
Onsite leaders>FM Innovators

Though most of its student body and campus staff are gone, the dining services team makes sure those who remain get quality, convenience and variety in their meal service.

This March, while most universities around the country were announcing that they were mostly shutting their campuses and sending students home unless they had a compelling reason to stay, Liberty University in Lynchburg, Va., seemed to buck the trend. Following the school’s spring break, Liberty announced that while it was transitioning to online classes beginning March 23, students would have the option of either remaining on campus or going home, igniting a firestorm of criticism.