ADVERTISEMENT
Take it outside

San Diego State University’s foodservice team has long leaned on outdoor gatherings to provide their wow factor. This paella brings the drama and it’s easy to serve outside.

Pimenton vs. paprika
Quanthem/iStock/Getty Images Plus

Is Hungarian paprika the same as Spanish pimenton? The short answer: No. The two spices both used dried peppers but are made differently (Hungarian peppers are air dried to make paprika and Spanish peppers are smoked over burning wood for two weeks). This makes pimenton smokier than paprika, important to note for smoke-forward Spanish recipes (like Galacian octopus).

In your pantry already
Joannatkaczuk/iStock/Getty Image Plus

A great thing about Spanish recipes is their simplicity. And you may have key ingredients on hand already. Bay leaves add an extra punch to the slow-cooked stews of northern Spain.

At Purdue University, this paella adds crawfish for a shell-sucking addition to paella.

Saffron is what traditionally gives paella its characteristic golden-orange color. But its high price tag makes it more splurge than staple. According to the food blog Spanish Sabores, cooks can substitute ground nora pepper for flavor, and if you’re looking for color, turmeric will work in a pinch.

Make paella part of a fall clam bake, should you find yourself with a surplus of shellfish, as shown here by Xavier High School’s Flik dining team.

Tortilla means frittata when you’re in Spain. This recipe features olives, another key pantry item to enlist for Spanish cooking.

Cool and refreshing, avocados are an unexpected ice cream ingredient, but it’s worth a try!

And finally, a chilled-out gazpacho is a great tribute to summer in Spain. 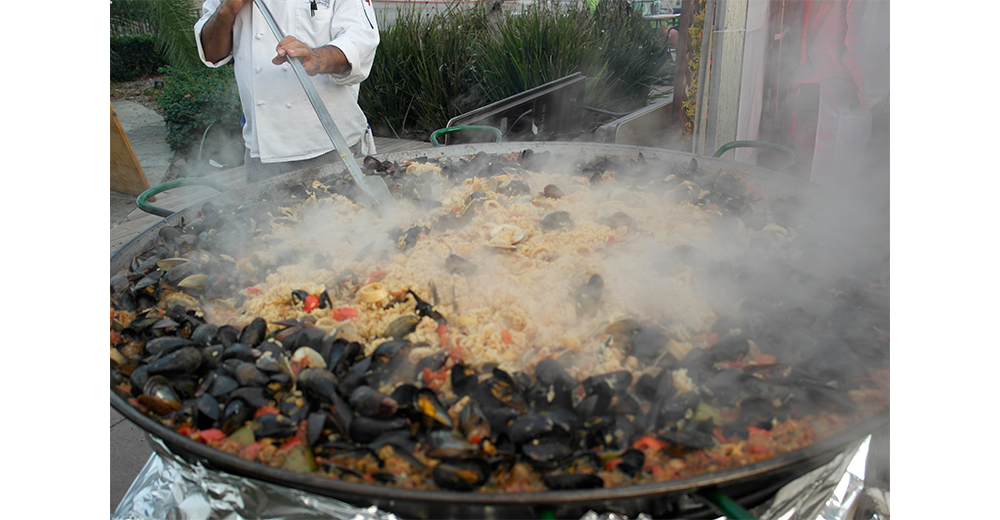