A single kernel that gets that state-fair vibe poppin’ like no other, popcorn is always a good first step. At Klingberg Family Centers, a nonprofit agency providing help to children and families in Connecticut, caramel corn was made in-house, a special end-of-year labor of love by the kitchen staff.

Making caramel isn’t an everyday thing, obviously, but once the melting starts, you’ve gotta work fast to combine the popcorn and the sticky sauce

The caramel corn treat was a huge hit, but FSD Cheryl Fliss says it’ll be a long time before she can look at popcorn again.

Pop up to right field

The comfort casserole has established itself as a state fair staple, seen here fried and on a stick for an outdoor barbecue by American Dining Creations.

Fritters are rarely seen outside the county fairs for the world, and that’s a shame, because there are creative ingredients to add to fritters, as in these black bean fritters.

University of North Texas Chef Zach Miller just developed these elote fritters, made with the components of Mexican street corn and served with a Tajin aioli (don’t know Tajin? It’s a chili-lime spice worth having on your spice rack for instant fresh, Mexican flavor).

And on the healthier side of fritters, these shredded potato-veggie fritters were created at the University of Connecticut using the shortcut of dehydrated potato mix.

Chorizo chili cheese curds spice up a classic combo, made even better when served over fried cheese curds.

Another cool way to do chili cheese, these empanadas make the situation grab-and-go friendly.

And just when you think chili cheese couldn’t get any better, add it to mini corn dogs for a show-stopping snack.

Off the Leash Dogs is a new concept by Flik Hospitality that starts with a traditional hot dog and then upgrades them into Korean dogs (topped with beef bulgogi, housemade kimchi and gochujang), Tex-Mex dog (topped with guac, salsa and sour cream) and vegetarian dogs (carrot tempura topped with spicy mayo and veggie slaw).

The briny flavor of olives takes center stage with these Spanish hot dogs.

Year of the Pig

Pulled pork is a great starting point for fun festival fare like this pork parfait from the University of Mary Washington’s Sodexo foodservice team.

Fried corn on the cob

The local corn is battered and deep-fried at the College of William and Mary of Virginia. As delicious as it looks, they gild the lily with lime-hickory-cilantro butter.

The surprising twist on nachos here is the fact that they’re made from chicken!

This double cheeseburger at TD Garden by Delaware North has glazed doughnuts for a bun and gets even more flavor with bacon, fried jalapenos and crispy onions.

Slightly over the top, but sophisticated all the same with vanilla gelato, this state fair favorite is also found at TD Garden by Delaware North. 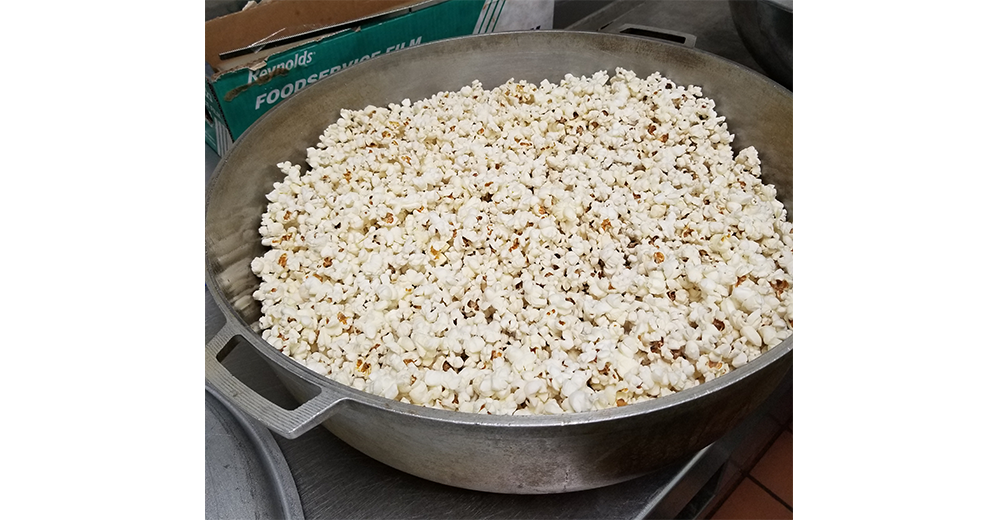