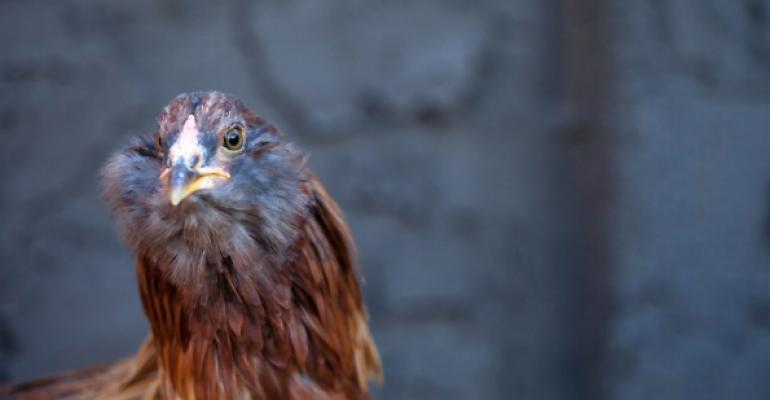 3 quick bites: Solving the mystery of chickens with beards

Solving the mystery of chickens with beards
Is it possible for chickens to be hipsters? They’re growing feathery beards, if that’s an indicator. According to a new article on NPR, “for years, farmers have noticed that some chickens have tufts of elongated feathers around their face and beak, making it appear like they had grown a beard.” The chicken “facial hair” was a mystery until recently, when Chinese scientists were able to isolate the beard gene.

Are burritos too fat?
Most can agree that, while delicious, the San Francisco Mission District-style burrito (aka the Chipotle burrito) is cumbersome to eat. An opinion piece on firstwefeast.com calls for a "slender burrito," “a more tight-wrapped, modestly portioned burrito, structurally engineered to fit in the human mouth.” The author, Richard Parks, explores the possibility of this modest proposal, and searches for that “dainty necked, scaled down cylinder.”

Why you should be chowing on bunny chow
Chef Marcus Samuelsson recently shared a recipe for bunny chow on his website. What is it? An invention of Indian workers in 1860s South Africa, bunny chow is a portable meal: lamb curry in a bread bowl. The origin story of the dish suggests that workers needed a lunch they could carry to the sugar cane fields in Port Natal. Samuelsson’s recipe uses lamb that’s seasoned with ginger, garlic, turmeric, cardamom, cinnamon and garam masala.

Grab and go from the pages of history>>