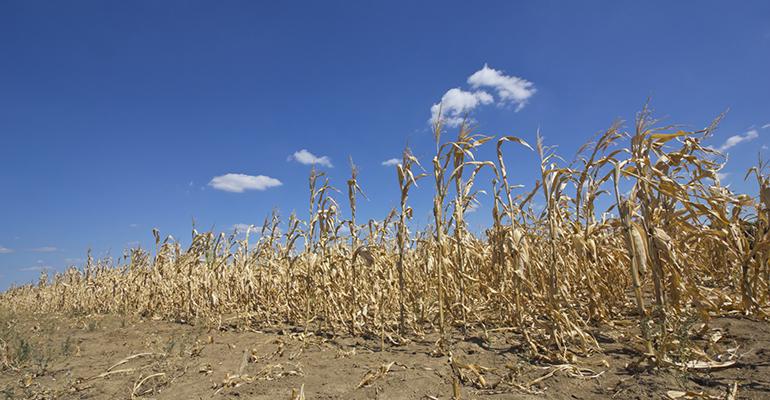 This and more are the things you missed for the week of Jan. 4.

1.    Study: Global warming’s harm to crop production to worsen
A new study published in the journal Nature found that extreme heat and drought have dramatically reduced the production of several key crops during the second half of the 20th century. The even worse news: It’s not going to get any better. The yield of crops affected by extreme heat and drought was reduced by as much as 10 percent between 1964 and 2007. In comparison, extreme cold and floods did not result in a significant reduction in crop production. Researchers also found that the effects of drought on crops worsened after 1985 and they expect this downward pattern to continue as global warming becomes an even larger issue. The study looked at 2,800 weather disasters that affected cereal crops like corn, rice and wheat.

Read more: How Drought and Extreme Heat Are Killing the World’s Crops

2.    2015 Dietary Guidelines announced; no reduction in meat included
The 2015 guidelines were released Jan. 6. The guidelines are used, in part, to help the USDA draft regulations that are used in school meals. For the most part, the guidelines haven’t changed much from the last iteration. They do, however, suggest limits on the amount of added sugar that people should eat—the guidelines recommend no more than 10 percent of calories coming from added sugars. Two things are missing from the final guidelines; items that had been included in the February 2015 Dietary Guidelines Advisory Committee report. One was the advice to limit dietary cholesterol intake. The other backpedal was the recommendation to limit the amount of meat eaten. The advisory report included a recommendation that Americans take into consideration both environmental and health impacts of the food they eat, however, “The pressure from industry, as well as farm state lawmakers, led USDA Secretary Tom Vilsack and HHS Secretary Sylvia Mathews Burwell to promise furious lawmakers they would steer clear of those recommendations,” according to an article in Politico.

3. Chipotle and the “food with integrity” brand
Chipotle is struggling to regain its brand as a leader in fresh, quality “food with integrity” following the recent outbreaks of foodborne illnesses. NRP has written a great article on what happens to Chipotle now that its brand statement has been severely damaged by these outbreaks. "To eat at Chipotle was sort of the ethically and ecologically right thing to do, which resonated with a great deal of customers," said Andrew Alvarez, an analyst at IBISWorld, a market research firm, in the article. The article goes on to say that customers feel let down and that the publicity surrounding the outbreaks has hurt the company’s bottom line: Chipotle stock fell 30 percent last year and sales have decreased by as much as 11 percent.

So where does the industry go from here? Will customers still flock to the fresh, quality and integrity promises from foodservice companies? Or will the next wave of Chipotle evolve?

4. South Carolina college to require out-of-area students to live on campus
Limestone College will now require full-time students who reside more than 50 miles from campus to live in campus housing. The policy is being implemented to help students access services the college provides, including dining, and to promote interactions with faculty and students, according to an article on groupstate.com. While much of a press release from the university regarding the policy centered around the access students would have to academic resources if they lived on campus, having access to dining operations was specifically mentioned as a benefit in the release. Students who reside more than 50 miles away would be able to live with a member of their immediate family and not on campus housing if the family member resides within the 50-mile radius.