Techniques and terminology were the focus of Sullivan’s Teaching Kitchen program at Stony Brook.

Life at Stony Brook has been different this school year, but the dining team strives to provide cool experiences for students nonetheless.

Decked out for Diwali

Stony Brook University’s dining halls and chef’s table celebrated Diwali this year with menus over several days. In Indian tradition, Diwali celebrates the triumph of good over evil. It’s also called the festival of lights since it involves the lighting of small clay lamps. Celebrants wear new clothes and share sweets and snacks with family and friends.

At Stony Brook, butter chicken or murg makhani was served with rice puloa, braised okra and local Swiss chard, making this dish a great way to get greens. One of the most popular Indian dishes in the U.S., butter chicken was developed in 1947 at the Moti Mahal restaurant in Delhi, India, and according to legend it happened by chance by combining leftover chicken in a tomato gravy that was rich in butter and cream.

Don’t be afraid to introduce kids to Indian flavors. It’s been working great for Mechelle Finney, director of food and nutrition for the Lakeport (Calif.) Unified School District. “This generation of students is very interested in eating culturally diverse food,” Finney says. “I did a few taste tests and they loved it!”

At the University of Missouri, Executive Chef Eric Cartwright, CCC, has been hosting a live cooking show in which students can purchase the ingredients—two portions for $12—and cook along at a distance. This salmon curry recipe, adapted from Meera Sodha’s Made in India, started with toasting cinnamon, peppercorns and cloves in a pan, the traditional first step of so many Indian dishes. Then came onion, brown sugar and garlic-ginger paste with serrano pepper for heat. Salmon, spinach and tomatoes get into the simmer next, just cooking through. 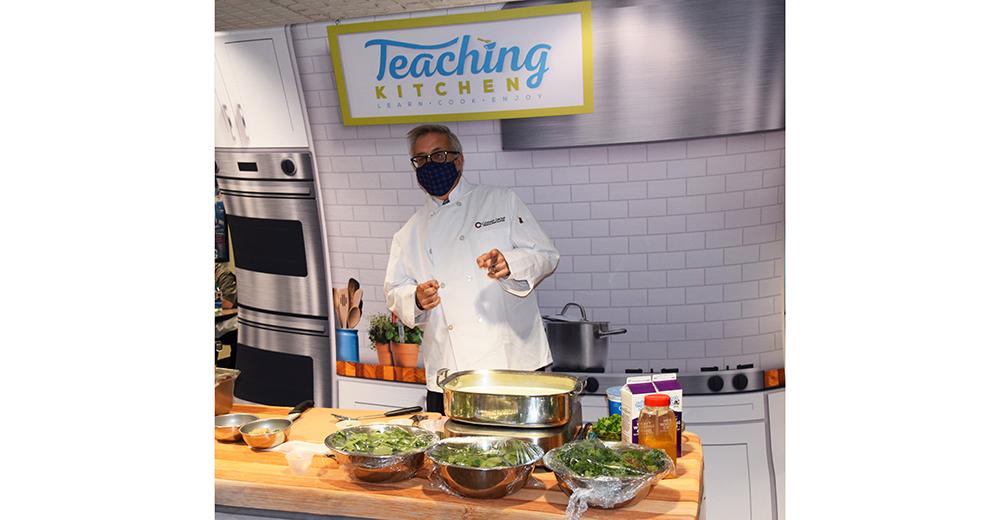