Worth coming in for

Remote workers at Advocate Good Samaritan have even been known to schedule their on-site time to correspond with Hernandez’s menus!

At RSU 14 Windham/Raymond School District in Maine, pad Thai is made peanut-free.

This version, by Morrison Living Executive Chef Brandon Meadows of Eskaton Village, merges pad Thai with shrimp scampi in a scrumptious rendition with the classic peanut and scallion garnishes.

Tofu may be known for not having much flavor, but in pad Thai, it’s a great sponge for Thai spices and pastes.

Pad Thai is one of Chartwells’ latest menu items for K-12 menus. 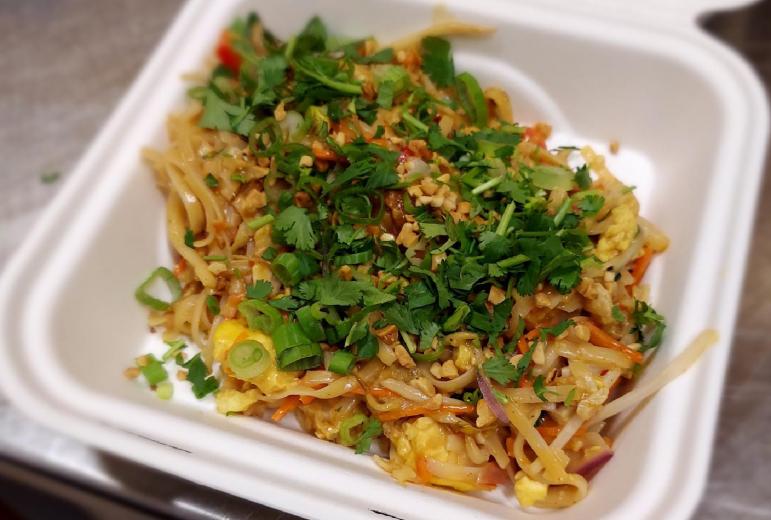